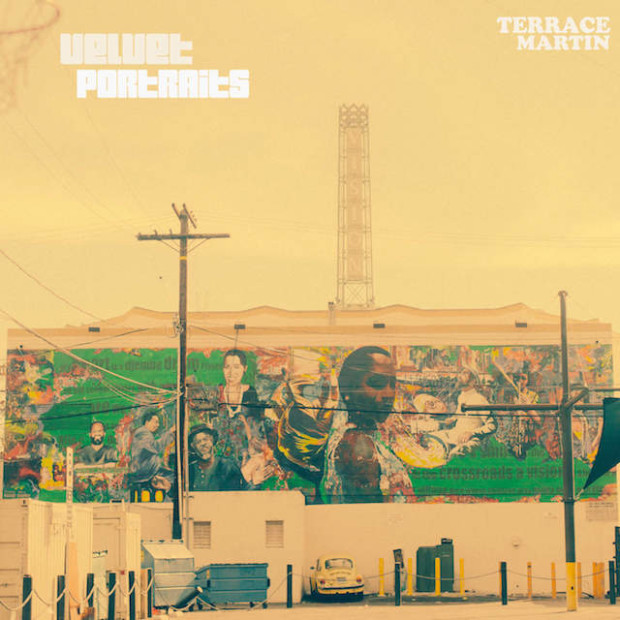 Hip Hop’s swagger and bravado have piqued global interest as this generation’s idea of cool, but before becoming commercially viable (no different from most forms of black music) its beginnings were spawned from pain. Raised in LA’s spiritually embattled Crenshaw district, MC/producer/saxophonist Terrace Martin shares an affinity for Eazy-E, Battlecat and John Coltrane alike, having used his myriad of influences to mentally and physically escape the tragedies that surrounded his upbringing. Bridging gaps between the two worlds (where older jazz cats turn their nose up at Hip Hop culture that only respects youth), Terrace works alongside Herbie Hancock while able to stake his claim as one of the leading masterminds behind last year’s genre-defining Grammy winner To Pimp a Butterfly. His latest release Velvet Portraits places rap on the backburner in favor of his love for composition.

Though Terrace Martin got one of his first big breaks as a part of Snoop Dogg’s band, he’s kept a relatively low profile considering how highly he’s revered within the Los Angeles music scene. Velvet Portraits is further proof his devotion to art precludes any sort of thirst for spotlight. Despite being a random compilation that lacks cohesion, artsy connoisseurs will recognize it as an extension of the immaculate guest driven releases Terrace’s idol Quincy Jones arranged in his prime. “Valdez off Crenshaw” is a lush groove that could function on smooth jazz radio, accentuated by a soulful horn melody that simultaneously honors Martin’s original neighborhood and musical roots. The refusal to adhere to a set script sets his latest work apart from most modern jazz based albums, as “Push” features underappreciated singer Tone Trezure giving reminders of blaxploitation film scores. Slowing the pace, the sultry vocals of Inglewood’s rising star Tiffany Gouche make “Never Enough” a memorable moment where the lead’s sax playing complements her performance.

With Terrace Martin utilizing his father on drums alongside a diverse cast of long-running cronies, Velvet Portraits is a literal and figurative family affair. The somber and lovelorn adult contemporary “Oakland” plays it safe, with Lalah Hathaway treading into familiar territory. On the flip, Dogg Pound affiliate Uncle Chucc takes a surprising turn harmonizing over gospel organ progressions (assisted by classic soul group The Emotions) on “Patiently Waiting.” Perfect synergy is achieved as Terrace employs young songbird Rose Gold and childhood friend turned tenor sax giant Kamasi Washington for the mystical “Think of You.” Where finding the proper collaborators for each piece is a key attribute in his arsenal, the cruising jam “With You” reminds listeners it’s his show as he harmonizes through a vocoder to channel the inner workings of love.

Reportedly playing a role in YG’s forthcoming sophomore release Still Krazy (responsible for last year’s “Twist My Fingaz” and other work yet to be released), Terrace Martin uses Velvet Portraits to display a mastery at jazz, one of America’s most sophisticated pastimes. Those late to the bandwagon may complain he doesn’t capitalize on his close relationship with Kendrick Lamar this go round (though the album ends with a 12-minute cover of TPAB closer “Mortal Man”) but older fans will understand that his creative ambitions can’t help but stray from convention. The trunk rattling funk of “Turkey Taco” gives nods to forefathers including Roger Troutman and George Clinton, which best conveys the album’s theme: an inspired celebration of the past from an artist helping shape the future of our culture.