Adrian Younge - Something About April II 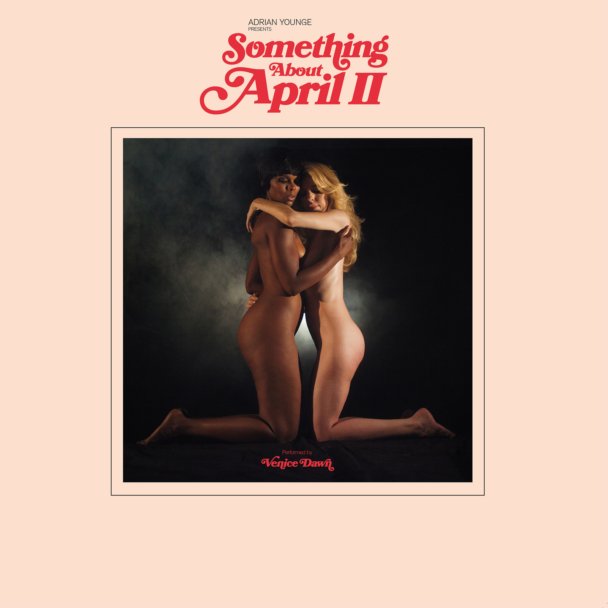 Adrian Younge has, after years of backing resurgent projects from Ghostface Killah, PRhyme, The Delfonics, and Souls Of Mischief, found his own musical honey pot on Something About April II. Younge has earned a reputation throughout his span of musical odysseys as an audacious, genius craftsman. Weaving the tonal blanket albums like PRhyme, Twelve Reasons To Die 1 and 2, and There Is Only Now lay down upon. No, inhabit. His credits cover the full breadth of the Wu, working with both RZA and Ghostface, making Black Dynamite, and getting sampled on Jigga’s Magna Carta Holy Grail for “Heaven” and “Picasso Baby.”  All his projects are conceptual albums, either basking in the purity of their boom-bap aesthetic (as on PRhyme) or the solemnity of their Spaghetti Western or funkadelic themed flourishes.

All analog instruments line Younge’s dark, lacquered studio space; the walls holding up the thick stringed guitars and blunted brass he cherishes. His soundscapes are always out of another time and place, entirely. Hitching his wagon to the sounds of the late 60s and early 70s. The sounds of Marvin Gaye, Curtis Mayfield, and James Brown as well as what some consider the pinnacle of the soundtrack as art in the scores painted by Ennio Morricone for Sergio Leone. So the album runs like a multilayered soundtrack, then. Each song filters into and out of moods. “Sitting By The Radio” introduces us to Younge’s brand of Euro cinema-as-music melts over reverberating bass grooves. “Sea Motet” plucks its way down a long hallway of chanting.

On the first Something About April, Younge and his band, Venice Dawn, made sweet the maestro’s love affair with the “full” sounds and fortunate accidents of analog. The sequel, though, is transcendent, summoning the full wizardry of the L.A. based musician’s artistry. The sounds are jaw-dropping on this one, each note masterfully arranged to create both mood and nuance. Younge’s maniacal attention to detail is obvious throughout, as, previously, he hadn’t quite figured out how to make a film score into the stand alone musical project he’d always sought after. That is absent here, as each song allows your imagination to roam into Quentin Tarantino territory; not vice versa. The eerie combination of Laetitia Sadier and Bilal on “Step Beyond” and “La Ballade” sync’s the French cool of Sadier to Younge’s breezy melody. You can’t help but feel a remarkable achievement is happening, as the voice of soul luminary Raphael Saadiq (whose “Magic Music” almost masks Saadiq’s crystalline voice without taking away from the entire production) as well as frequent collaborator Loren Oden and the sonic maven Laetitia Sadier of the iconic Stereolab (whose song “Refractions In The Plastic Pulse” was most famously sampled by Dilla to create the masterpiece “Untitled/Fantastic”) allow a dedication to the music that conjures whole scenes right in front of you.

He dons a bunch of hats for this one, as usual. Calling forth whispers of great Italian directors by playing rare instruments, like his own one-of-a-kind invention “Selene” (a keyboard that filters recorded instruments and hard compresses them onto tape, allowing Adrian to perfectly match any sample, live), a vibraphone, and a signature Fender Rhodes piano that conjures a slick, slow walk through the madness of an Italian airport. “Sandrine” is the favorite, here, which combines simple, sweet lyrics like “You wonder where I’m going, I wonder where you’ve been all my life /
Baby if you take my hand, we don’t have to say goodbye” with tunes that ruminate as symbols before making themselves clear.  The album is perfectly mixed and mastered. The tinkling bells on “Ready To Love” come alive separate from and in harmony with the rest of the ensemble.

He also manages to avoid perhaps the biggest pitfall of focusing continuously on the sound of a specific block of time; rot. He neither seeks to mimic or modernize those records, though his penchant for slipping in breaks that beg to be sampled holds true, it simply feels like he was there, creating quietly at the time. So then Something About April II is the rare record that allows you be spirited away without feeling dirty or voyeuristic. As though you sought to change some flaw in the past that shouldn’t have been changed at all.