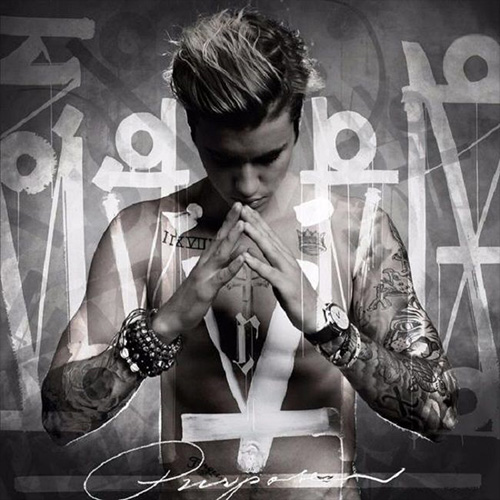 Foremost, if you think you heard this album seven years ago and it was called Ne-Yo’s Year of the Gentleman, you’d be somewhat right. The template of club-ready house music anthems masquerading as R&B songs, earnest ballads and pop production that sounds like the best of tracks wholly inspired by Timbaland and Pharrell’s sound design techniques are all here. Replace the Norwegian Stargate tandem of Tor Erik Hermansen and Mikkel Storleer Eriksen’s “Closer” with Americans Diplo and Skrillex’s track “Where Are U Now,” and Benny Blanco’s “Love Yourself” for Chuck Harmony’s “Part of The List,” and Ne-Yo’s classic formula is updated for the modern age.

What we’ve heard already from the album is all here and it’s still very pop relevant and quite great. Diplo and Skrillex have a hand in the production of “Where Are U Now,” “What Do You Mean” and “Sorry,” and the trio of songs are all bass-driven variants on soulful house records. Thus, Bieber’s lead vocal is best seen here as a weapon of mass dance-floor and pop radio destruction. It’s the oldest trick in the pop musical playbook, just updated for an age where tropical house, UK funky and “Dembow” reign supreme.

Halsey-assisted sweeping trap-soul track “The Feeling” literally has all the feels. Skrillex crafts an ambient and twinkling melody, and whether you’re in it for the barely there 808s skittering across the bottom end or Bieber singing “am I in love, or am I in love with the feeling?,” it’s one of those moments where this album aims for the simple yet profound and grabs it. There’s a place where singing, songwriting and production sometimes converge and find something perfect, and this is one of those times.

“Love Yourself” is a Benny Blanco-produced guitar ballad gone bad in the best way. None other than new-to-soul folk-pop star Ed Sheeran assists Bieber on the songwriting here, and when presented with “my mama don’t like you and she likes everyone, and I never like to admit that I was wrong…and if you like the way, you look so much, oh baby you should go and love yourself,” one can only imagine the deep gulp and “welp, okay” involved in that process.

Rap’s on this album too, and of course it’s Nas joining for “We Are,” while Big Sean and Travi$ Scott drop bars on “No Pressure” and “No Sense.” For the purposes of milquetoast pop-aimed rap, the latter two performances are highlights. It’s almost apropos that Sean raps on “No Pressure” as ever since his release of apparent Naya Rivera kiss-off anthem “I Don’t F*** WIth You,” he’s certainly felt minimal pressure regarding his career and is as much a great collaborator but great co-commiserator for Bieber. Soundz’s gritty, yet soulful trap production “No Pressure” features Bieber’s profound statement that “love don’t make sense when it’s empty,” and when Scott says he’ll “roll up and put a flame to that,” and he’s talking about getting high to deal with a forthcoming breakup, it’s not as profound, but it definitely puts an emphatic period on the track-as-sentence.

“Life Worth Living,” “Children” and “Purpose” close what is a great album in a manner that comes off as disingenuous and flat. Of this trio, “the youth are the future” (or as Kanye would say, “listen to the kids”) track “Children” could be the most cloying. For as much as Skrillex is a genre-blending ex pop-punk rocker, he’s also beloved by the fist-pump crowd who lives for big vocal ballads with high-minded platitudes. As with everything on this album, the level of work by Bieber as a pop star at the top of the industry is exemplary. It’s just that on an album that executes on a level exceeding Ne-Yo’s aforementioned brilliant standard-setter from a year prior, a song like this falls flat.

Regarding this album, Bieber’s manager Scooter Braun stated that we’d get to see Bieber’s “truth.” We get that, and as expected, it’s brutal and revealing. However, when combined with pop-dominant producers, seemingly at the height of their craft, this album wobbles. It’s when Bieber’s honesty feels less-than-honest and the tracks feel less-than-groundbreaking that this album falls short of the heights it should by all means be capable of reaching. Now freed from the throes of heartbreak and also maybe now discovering his best sound and style, Justin Bieber has quite the bright future ahead, and has possibly found his purpose as a performer.