Ne-Yo - Year Of The Gentleman 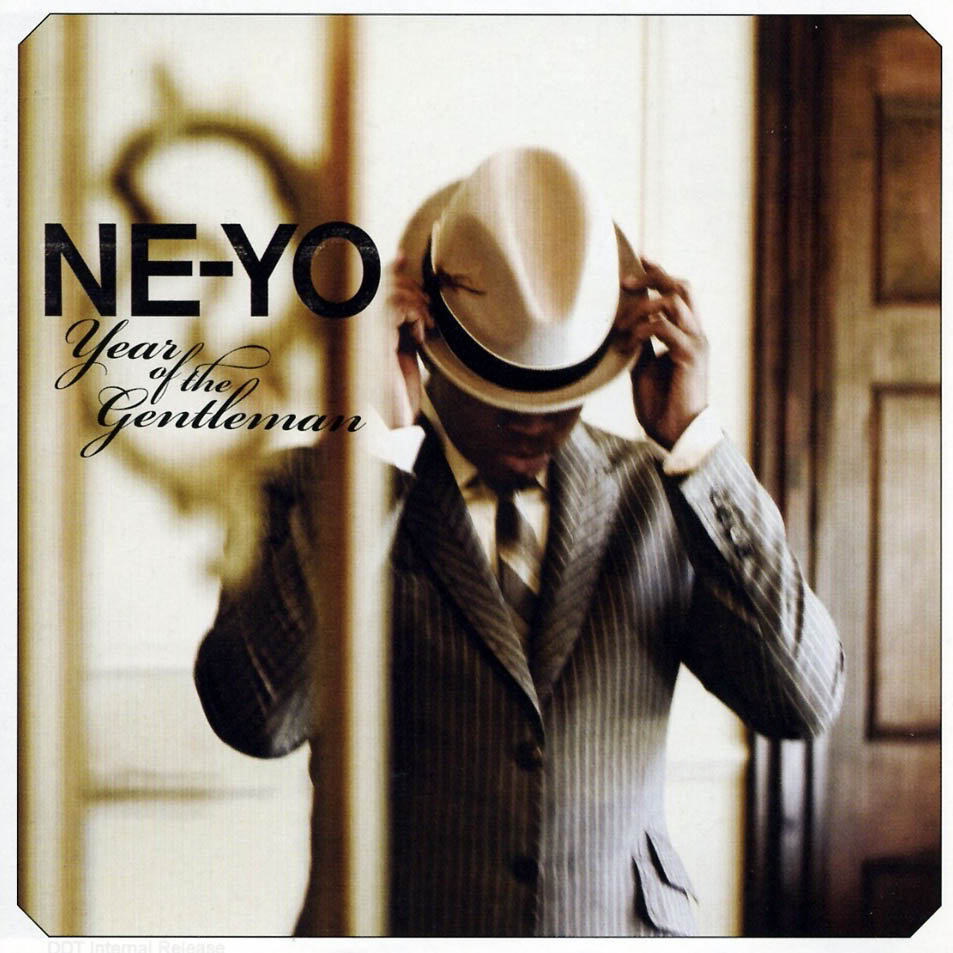 Shaffer Chimere Smith has made a resounding impact on the R&B world in his short time on the scene. His songwriting abilities have been behind some of the biggest hits from some of the most stellar talent. Ask Beyonce, Mario and Rhianna and a host of others for proof. Not to mention that his solo outings have also made him a staple on the charts and have forced everyone to step their game up (that even means you Usher). After making his presence felt with In My Own Words and solidifying that presence on Because of You, Ne-Yo goes to turn the hat trick with his latest venture Year of the Gentleman.

It’s all about content on Year Of The Gentleman. It’s no secret that Ne-Yo can write a tune, but his wide range of moods are prevalent throughout the album. Whether it be his profession of love for those who can take care of their own (“Miss Independent”), inquisitions of how the lady in his life remains by his side regardless of his faults (“Why Does She Stay”) or opting for fantasy instead of harsh reality (“Lie To Me”), Ne-Yo is able to capture such a wide array of emotions in twelve songs.

When brilliant songwriting and production come together, Ne-Yo excels far beyond what the rest of his peers are doing. “Fade Into The Background” is the perfect example of pure gold. With Ne-Yo lamenting about a missed opportunity with a newly married woman, the live drums and bass line provide the perfect backdrop for him to paint the scenery with his smooth vocals. Polow da Don offers up a tasty treat for Ne-Yo to work with on “Single.” It further proves that Polow is an incredible producer who can own R&B and showcases Ne-Yo‘s ability to make a radio friendly jam. It may catch a few off guard because the song is also off the New Kids On The Block‘s recently released album. But it is good to hear Ne-Yo sing the songs that he’s penned for other artists as they were meant to be sang such as Rihanna‘s “Take A Bow” and Beyonce‘s “Irreplacable.”

Ne-Yo‘s influences also glow throughout Year of the Gentleman, but not in a manner that is too blatant or overbearing. “Closer” broods of a European house music influence and shows his diversity and ability to take a risk. It is just simply different than anything else being played on the radio today. Which is a good thing if the endless R&B gangsters and hyper sexual singers don’t tickle your fancy. In Ne-Yo‘s music you will find traces of Michael Jackson in his vocal stylings and harmony. His voice is smooth but not the most powerful in the R&B world. But because of that, Ne-Yo does what works for him and doesn’t drift out of his vocal range. He does what works, and he does it well.

Year Of The Gentleman isn’t without fault. Songs like “Mad” and “Stop This Mood” may be a bit too sappy for some. But a minor hiccup for someone may be a perfect song for another.

There aren’t too many artists out there that can have an album for “everyone” without failing. Most shoot themselves in the foot because they aren’t proficient enough to keep the attention of the listener as they try and make a “girl” song and a “club” song. Ne-Yo effortlessly does this with Year of the Gentleman. Just about every mood is covered effectively and it’s a gift that not very many possess. He may not have the most powerful voice, chiseled abs or the greatest dance moves but Ne-Yo has those intangibles that put him in a class by himself. There’s a reason why Jay-Z drafted him to Def Jam and called him “The One.” And he definitely doesn’t disappoint with this outing.