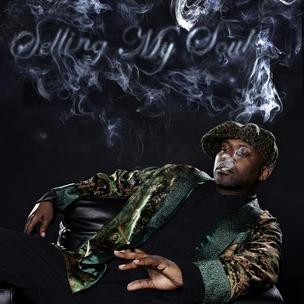 Without question the most diverse collective in Rap’s approaching four decades, the Wu-Tang Clan’s legacy thrives due to undying fan loyalty appreciative of each member’s variety. Straying from the allure of fame attained by some of the group, Masta Killa’s complex lyrical structure and monotone deadpan delivery are more highly regarded within underground circles given the quiet success of previous releases No Said Date and Made In Brooklyn. Further fleshing out his laid back aesthetic of interweaving street dialect and Five Percenter lessons, Selling My Soul is Masta Killa’s return to bat after an extended hiatus.

Having committed years to the science of microphone majesty, Masta Killa is fortunate to have an audience determined to support his best efforts despite the limitations of his talent. Always loyal to his team (the project’s intro quoting infamous Wu-Tang lines), Selling My Soul retains the spirit of a family affair though he creatively branches out beyond his close circle. A pleasant example of this expansion is “Cali Sun” featuring Kurupt, offset by the less inspired “Things Just Aint The Same” eulogizing Hip Hop’s older days. In the same fashion, “Divine Glory” does little to rectify Masta Killa’s long running glaring weakness of crafting romantic records, and the scattered “All Natural” is barely redeemed by its parallel between the East New York scholar’s rhyming aesthetic and holistic living.

With Selling My Soul, Masta Killa seems to have winged his way through songs that are lazy and conceptually not well put together. This enables highlights to become faulty, such as 9th Wonder’s soulful production on “Food” that ends up watered down by a continually repeated hook, and “Dirty Soul” where the Wu representative shouts out Black music icons for nearly three minutes before a short verse dedicated to deceased brethren Ol’ Dirty Bastard. Regrettably, even the strictest adherence to the album’s earnest theme falls flat as the spoken poetry of “Wise Words,” (an homage to Tupac’s “Keep Ya Head Up”) approaches rambling. Sure to be deemed uninteresting to some, perhaps Masta Killa can be forgiven on the merit of good intent keeping in mind this brief set is a supposed precursor to another forthcoming full length.