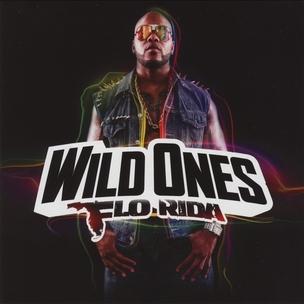 The Bombfunk MCs were a pioneering Hip Hop group that ruled the airwaves of Finland during the not-very-golden-era of the early 2000s, thanks to releasing a batch insufferably cheesy, cringe-inducing raps allied to corny Dance beats. Flo Rida is a Southern rapper who used to hang around with Rick Ross and Trick Daddy and scored a hit with the T-Pain assisted “Low” in 2007. Now for his latest album he’s paid tribute to his hitherto unknown love of Finnish dance-rap by crafting an album that pushes the boundaries of shit-sandwich hip-hop to new and exhilaratingly bad levels.

Wild Ones is nine tracks born to boom from out of the speakers of a Jersey Shore club that smells like a combination of Coppertone and Snooki’s new perfume. The uptempo, four-to-the-floor beats sound like Flo Rida’s production team discovered a batch of K-pop plug-ins, and most songs feature guest female vocalists – J-Lo included, on “Sweet Spot” – that hog the tracks to the extent that you might miss Flo Rida’s dropping gems like, “Get the party on the roll/ Ain’t nothing like the feeling when you’re winning in your soul.” (That one’s a lyric the Rap gossip sites are already speculating he nicked from Fergie.) And then there’s “Run,” which is the song Ghostface’s same-titled anti-cops anthem should have been, thanks to the genius move of replacing Jadakiss with LMFAO’s Redfoo, switching out the grimy beat for a DJ Pauly D production, and turning the whole shebang into a party-rock work-out. If you don’t hear this song blasting out of the speakers of cars cruising up and down Flatbush Avenue all Summer, then you are clearly living in the wrong city.

Snark aside though, even for an openly poppy, dance-based rap album, Wild Ones is an unfilfilling and detached listen. Most songs seem to feature Flo Rida’s raps as an afterthought – they’re usually swamped by the choruses – and he never sounds sincere when he’s trying to kick uplifting raps. There’s no natural synergy between the Floridian’s voice and flow and the beats: Wild Ones isn’t the sound of Flo Rida stumbling into a new and natural way to blend dance-floor-friendly productions with Hip Hop, as with prior regional off-shoots like the Miami Bass scene and the UK’s Drum ‘n’ Bass arena, so much as a rapper realizing that there’s an easy way to cash-in if you aim for the mainstream masses who like to hang out at the mall. And for all the criticism his new pals LMFAO attract, at least there’s a sense of knowing humor involved in the way the two guys slip into ’80s-colored spandex and ham it up on the dance-rap circuit. So while Flo Rida may have clocked up billions of YouTube views for “Good Feeling,” you get the feeling his heart isn’t in the music he’s making now. But still, at least he refrained from including a cameo from the Bombfunk MCs’ B.O. Dubb.