The brand of Little Brother has remained equally as relevant as it is critically acclaimed in 2011. With both Phonte and 9th Wonder dropping LP’s that lived up to the expectations that The Listening built eight years ago, Rapper Big Pooh finishes off the year with Dirty Pretty Things. For Pooh, this is his moment to escape the Little Brother umbrella while adding to its legacy; Dirty Pretty Things is an ambitious effort in every regard. Pooh refuses to cater to pack back or commercial audiences and instead creates a project that draws from both. At times it mimics its namesake and ventures away from its potential, but when it succeeds (“They Say”

or “Right With You”) it’s as good as anything you’ll hear all year.

Pooh’s ability to be light-hearted but completely genuine makes him one of the more endearing emcees in the culture. On “Real Love” – a song written about his incarcerated brother – he spits, “Little Brother ain’t the little brother any longer/ Big brother being absent made me much stronger.” It’s a line like this that a lesser emcee or personality would be accused of taking a subtle shot at his former group, but Pooh makes it a dope tribute to a sibling. “Free” hears him deliver some of his best work over a dope Siege Monstrosity beat, while speaking the language of everyman. No one can argue with the class of a hook like, “I just want to be free/ at the end of the day I can only be me/ open up your eyes and maybe you’ll see that I am who I’m dying to be” but a line like “somethings you’ll never know if you spend all day hearing only 10 songs” remind us why Pooh is so important. When Pooh is in his element, he has the ability to say the things that we all wish we could.

The most disappointing aspect of Dirty Pretty Things is that the flaws are fixable. “Put You On” features a terrible guest appearance from Ms. Kris, while “Money Getter’s” hook and vibe are on point, but Pooh delivers his most forgettable verses on the album. Other moments, like the dope “5.13.11,” hears a lady screaming at the end of the track taking away the suspense from the ending. A simple choice makes one of the better story-telling tracks of the last few years overly theatrical.

Dirty Pretty Things is exactly what the title implies: a flawed project that with a bit of polish would have been beautiful. Rapper Big Pooh demonstrates what most of us knew, that he is one of the most endearing emcees to bless the mic but proves that even that isn’t enough. The music itself stands alone, free of Phonte or 9th comparisons, but ultimately fails to meet the expectations that Pooh set for himself when The Listening dropped in 2003. 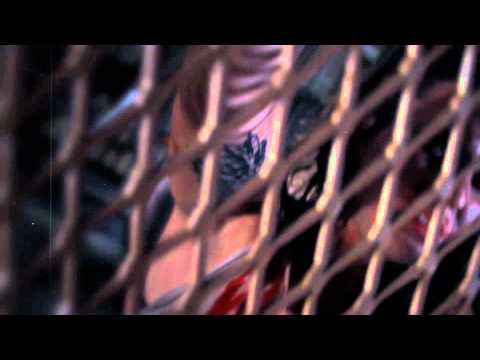