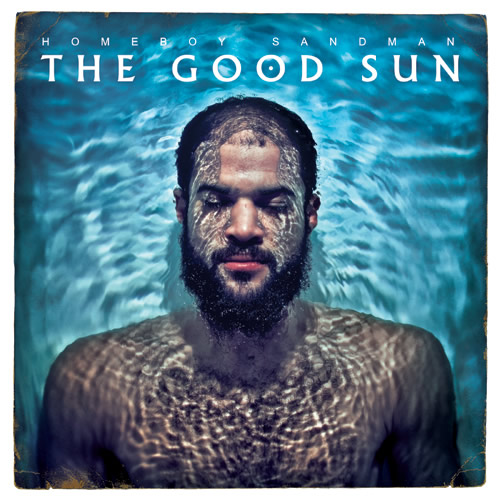 Ironically, one of the earliest and most overused modifiers in the Hip Hop lexicon is rarely exhibited in modern Rap projects.  Throughout the underground and the mainstream, originality is scarce.

Stakes is high in a slumping music sales environment. A staggering number of rappers and record labels — both indie and industry — are more focused on tapping into strategic markets than tapping into the artist. YouTube hits are valued over ubiquity. Creativity is frequently kicked to the curb in hopes the next status quo offering will somehow snag market share. The result: a plethora of one-song-sensations, heard-it-all-before-LPs, and a stagnant frequency of freshness.

Rollicking, relentless tracks such as the 2 Hungry Bros produced “The Carpenter” and “The Essence”, and the M. Slago laced “Table Cloth” (featuring Fresh Daily) highlight the University of Pennsylvania graduate’s infectious, beat embedded rapid fire flow and penchant for dropping dimes like Hugh Hefner. Over Psycho Les’ (“Low Co”) sinister bassline and syncopated snare, Boy Sand uses his off kilter style to kick “You can find me in the who’s who of who’s huge on YouTube. / My tunes are for the Tutsis and Hutus, / the Crips and Pirus / who can’t hide from high risk at high noon / and good sisters whose dissed, dismissin’ fools whistlin’ from stoops like wild wolves howl at full moons / How rude” — an impressive, ear numbing barrage of alliteration that becomes the standard as the album progresses. From rhymes to flow, Homeboy Sandman pays uber attention to every syllable spit. He effortlessly shifts his voice and delivery into the beat so that it acts as an additional instrument within the track without ever actually singing, a difficult feat for average emcees.

Lead single “Not Pop” — a rugged, bounce heavy juggernaut produced by Core Rhythm that quickly causes convulsions — exemplifies this supreme level of focus: “And every line I wrote / from the top of the album to the bottom of liner notes / every word of Ebonics, word is bond is a solemn oath / Stronger than solid oak.”

While the cypher rhymes are potent enough to make The Good Sun a worthy listen, Homeboy Sandman’s conceptual cuts remove any perception of a one trick pony. “Mean Mug”, produced by Ben Grimm, is a jollily sublime refutation of faux thuggery, enlisting a Slim Shady-esque zaniness and a slowed, didactic rhyme scheme to ironically exclaim “But I know the tide will change, / faces muscles will become strained / mean mugs will become played / Played out.” The DJ Spinna-produced “Being Haved” adds a splice of personal, delving directly into the environment that bred the artist, a first for a full length Sandman project. Ski Beatz’ dancing flutes and emphatic snare provide the backdrop for “Yeah, But I Can Rhyme Though”

— Boy Sand’s reminder that, as long as a rapper can rhyme, nothing else matters.

“Sand, you’re bugging not getting on Twitter / Think of all the fans that’d love to monitor / Your each and every move. Maybe you should consider / The web traffic you lose for tryna to have dinner / Without an interruption every second. I doubt / You’ll mind the extra attention when your record is out / Don’t you figure you’re reluctance to travel the regular route could leave you left out? / Nah, cause I can rhyme though.”

finds Sandman assuming the perspective of a homeless man, addressing the stigma those more fortunate affix on the lowest class, kicking “I’m just tryna catch a ride, please spare a swipe / You ain’t gotta act like / I’m some type of parasite / Caught up in the paradigm / Lost paradise / Silent as a pantomime / every day of life” over J57’s anthemic soundscape — a much darker, more visceral “Mr. Wendal,” reflective of the country’s current economic condition.

The Good Sun’s shining glory is undoubtedly the Thievin‘ Stephen-laced “Calm Tornado.” Homeboy pulls out all tools in his extensive utility belt, alternating from slow flow to off kilter to rapid fire deliveries. He ingeniously hones in on its alarming horns while riding the historic break beat (“Substitution”) in a damn-near brand-new fashion, crafting a multi layered masterpiece that’s both lyrically and audibly engaging. Bravo.

Although loaded with sonic dopeness, The Good Sun is not without fault. “Strange Planet’s” impeccable, KD Beatz, production and Earthly juxtaposition is severely downgraded by its downright annoying hook. “Things They Carry” is the album’s most overtly aggressive track and lone posse cut (featuring John Robinson and Daniel Joseph). Although Homeboy Sandman stretches into fairer territory on “Listen,” his first earnest foray into relationship-rap, Kentron The Mastadon’s sped up soul sampling feels like a weak retread of last decade’s most popular production trend. The arrangement is completely unoriginal, crafted much better many times previously by many different producers, resulting in The Good Sun’s only consistently skippable track.

From mic to plug, The Good Sun is a sleek offering loaded with relentless, genre-pushing musicality, otherworldly rhyme schemes and contextual relevance. It’s the type of album where the sum of the whole is greater than each individual part; a collection of songs so solid and so well placed that, together, they lift the album into rarified air. Somehow — considering the use of 11 different producers — it feels cohesive throughout while maintaining a refreshing amount of lyrical and sonic diversity. Homeboy Sandman doesn’t reinvent the wheel per se, but he certainly puts his unique spin on it. The progressive marriage between beats and rhymes reaches well beyond modern convention, cementing the most important measure of any album: replay value. There is nothing overtly mainstream here. This is not Pop. “These are not your typical plain old Average Joe verses.”

This is Joe Versus The Volcano.