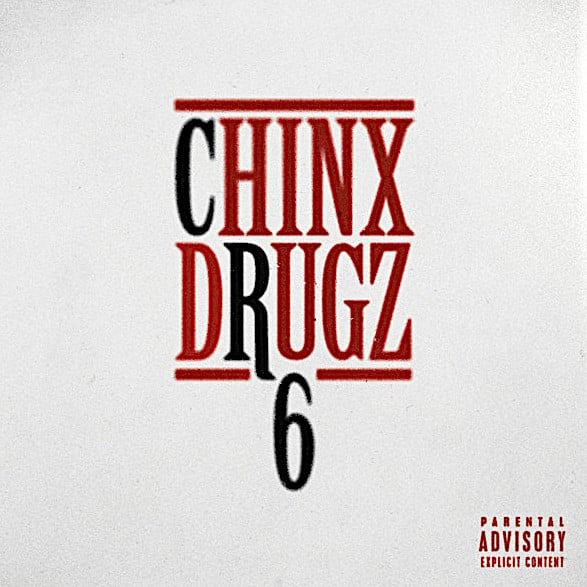 In the Chinx episode of Hip Hop Homicides, French Montana is interviewed by host Van Lathan, and explains how his once protégé stood out to him. “He knew how to switch his flows up, he knew how to adapt,” French says. “He was ten times better than me ‘cause he’s seen all my mistakes. He was the better version. If Chinx was alive, Chinx would be Top 5.”

French is still coping with the loss of his No. 1 Coke Boy, who was killed in a drive-by shooting in Queens on May 17, 2015, and is still haunted by what Chinx could’ve been if his career continued to this day. No one is more of an advocate of Chinx than French, who has featured him on albums like Jungle Rules and Montana. The latest installment of Chinx’s popular Cocaine Riot series came on Dec. 2 and French pushed back his upcoming Coke Boys 6: Money Heist Edition (which also includes Chinx) as a show of respect. “Still don’t feel real,” he wrote on Twitter.

Since his unexpected death, Chinx’s team (his former manager Doug “Biggs” Ellison, his widow Janelli Caceres-Pickens, and Four Kings Production) have worked tirelessly to preserve his sound and showcase why critics believed he was on the cusp of rap stardom. They have released two posthumous albums (2015’s Welcome to JFK, 2016’s Legends Never Die) that Chinx nearly completed before his passing and helped immortalize him.

Six years after Legends Never Die, the team revisits his Cocaine Riot series for a sixth edition that reminds fans of his potential. Instead of trying to completely modernize his sound with the verses, snippets, and unfinished tracks they have in the vault, CR6 is a time capsule of his glory days. It’s a balance of prime Cocaine Riot 2 Chinx and experimental singing with guest features he’d be working with if he were here. Nothing is out of Chinx’s wheelhouse, but that approach can also be limited by keeping him in the same place in history.

By now, you know why people were in love with Chinx. He was personable and charismatic, a dot connector who shadowed French before making his own moves in the industry. With French, he made Coke Boy magic with songs like “I’m a Coke Boy,” “Off the Rip,” and “Feelings.” His solo street hits got considerably better: from “Couple N***as” to “How to Get Rich,” there was a progress you could track. Chinx has worked with everyone from Young Thug and Migos to Lil Durk and the late Nipsey Hussle, an indication that his guest features would’ve gotten bigger on his future albums.

With this context, you would assume CR6 elevates his career — either by showing how he was ahead of his time, or by making a case for why he’d be a Top 5 rapper right now. But that’s neither the case at all.

While expertly curated to fit Chinx’s style of harmonizing melodies and spirited lyrics that embody New York, there’s only so much “Yay!” ad-libs you can add to make it feel fresh. Biggs and Blickie Blaze handle most of the production, trying (and occasionally succeeding) in putting Chinx vocals over beats that match the current rap sound. But then there are exceptions like a dated Jahlil Beats instrumental for “Get Money N***a” with Red Cafe that messes up the consistency and shouldn’t even be on the album at all.

Songs like “Jackpot,” “If I Was You,” and “Two on Me” are formulaic money-stacking anthems that would barely move the needle in the club. Gone are the attitude and pop smarts that telegraphed his early promise. They sound like clear throwaways, scrapped from the depths of a hard drive to turn into a song. You’d hope for some outside assistance from producers like Harry Fraud or Oz to give it some life.

But CR6 does have some exceptional songs that build his legacy up. “Rollin in the Dope,” featuring a sample of Freda Payne’s “I Get High” (On Your Memory), popularized by Styles P’s “Good Times,” is the kind of evolution you want to see in Chinx’s sound, soundtracking those late nights going from borough to borough. On “Check This Out,” Chinx’s brother JFK Waxx gets his moment in the limelight with his first sibling collab. From the easygoing Chinx hook, the ride-smooth beat, and another exclamation point of a verse from Benny the Butcher, it’s a track that Chinx would’ve pulled together. The same goes for “On Purpose” with a prominent sample of Sizzla’s “Solid As a Rock,” a strip club-ready banger that sounds like Chinx cut it yesterday.

To critique an album of a slain rapper who isn’t alive to defend or explain his intentions for his records means you’re left wondering if this latest batch lives up to his standards. CR6 doesn’t feel like a legacy capstone, but rather an attempt to keep Chinx’s name in the conversation before his 39th birthday. It’s certainly a challenge to make people keep listening after Chinx has been gone for this many years and the strategy is pretty bulletproof: go back to a beloved mixtape series, reunite one-half of the Riot Squad, push a single (“Wide Open”) on TikTok, and get relevant features (Offset, Benny the Butcher). However, with all the effort, you’re still left with a project lacking Chinx’s input. Sometimes, the artist’s final word is needed.

I understand now why French Montana and Doggie Diamonds said Chinx would be one of the best Rapper's out right now, his style fits this era, generation, that CR6 project is fire