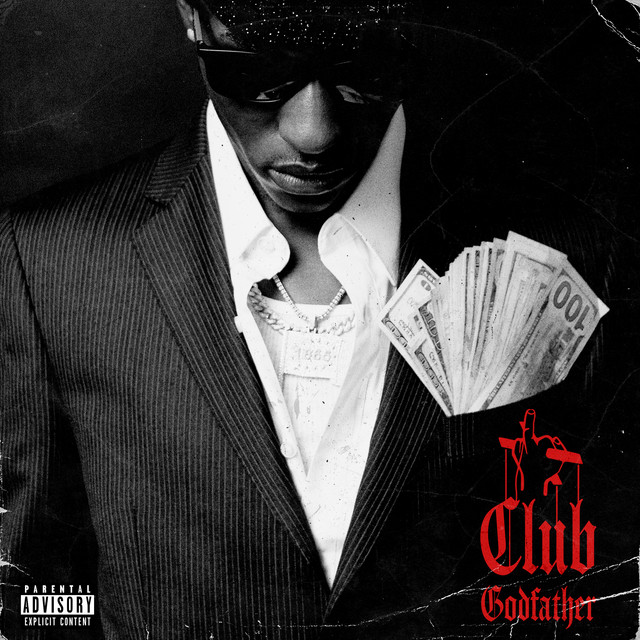 As Jersey Club’s TikTok dominance continues into 2023, Bandmanrill feels more and more like a pioneer. The Newark-based rapper got his start by striving to be the first to rap over the subgenre’s speedy triple kick drums, and in turn has inspired a plethora of other artists to make the daring attempt, (Lil Uzi Vert included).

But so far, Bandmanrill has been one of the few Jersey Club rappers who can attack the beat with such breathless clarity and nonchalance that he’s shot to the forefront of the exploding club scene. While early singles “I Am Newark and “Heartbroken” were devoured online, the question remained: Could Bandmanrill could take his sound and turn it into an album’s worth of goods? Club Godfather, his Warner debut and first full-length mixtape, is meant to answer that question.

While it’s not the cosmic culture shift Jersey Club fans might have hoped for, the tape is fun and surprisingly diverse, just don’t expect it to win over any new converts.

While the unrelenting rhythmic buoyancy of the project, (which is mostly courtesy of Bandmanrill’s longtime producer Mcvertt) can be stylistically tiring for those lacking the endurance needed to stomach Jersey Club’s speedy kicks, Bandmanrill’s talent shines through when he uses the template to aid in his storytelling, rather than merely craft rhymes for a wild night out.

On “PIANO,” Bandman ruminates on his come-up, while his signature drum kicks oddly fit perfectly with the song’s reflective soul loopings, adding a layer of melancholy to the tape. “Lurkin” alternatively finds Bandman briefly transitioning into more traditional Brooklyn trap territory, with the end result feeling like a great unifier between the Big Apple and The Garden State. Not to mention the song sports some quippy bars, including one related to former Mavericks NBA HOF star Dirk Nowitzki.

What’s most notable about Club Godfather’s setting is how well Bandmanrill’s friends fit into his world. NLE Choppa delivers one of his better verses in recent months on “Bouncin,” arguably the project’s best song, as he rabidly devours his bars like a starved hyena on the prowl, while a scatter of horns and punchy drums encourage him to eat faster and faster. Sha Ek’s booming delivery on “Jiggy In Jersey” seems right at home alongside Bandmanrill’s spitfire cadence as they trade off bars like they’re a live hand grenade.

Despite these highlights, the tape trips over itself towards the middle when Bandmanrill abandons the dancefloor in favor of more tried-and-true rap beats. “Don’t Mix’s” house-inspired drive feels random, and sounds slow and lackadaisical compared to the sharp punches delivered on the rest of the tape. Not to mention Bandman’s verses just aren’t as compelling.

“I told all my doubters I was bound to get rich/N-ggas they be hatin’ ‘cause the diamonds on my wrist/Wait, they prolly mad ‘cause I prolly hit his bitch/Why that n-gga mad? I ain’t even hit his bitch yet?,” he groans.

But listening to the 20-year-old step so far outside his comfort zone feels liberating for a moment, and, if anything, shines a light on how open he is to experimentation.

Club Godfather is far from the culture-shifting project Bandmanrill might have hoped for, but the tape’s 28-minute runtime is bursting with talent and fresh experimentation. For someone who merely treaded Jersey Club’s uncharted waters to “be different,” the end result is a surprisingly cohesive project from an artist mostly known to churn out party-ready singles. The tape suffers on a few occasions, but Bandmanrill’s authentic eagerness to push himself is what makes him such a compelling new talent, and Club Godfather remains a solid project based on this fact alone.