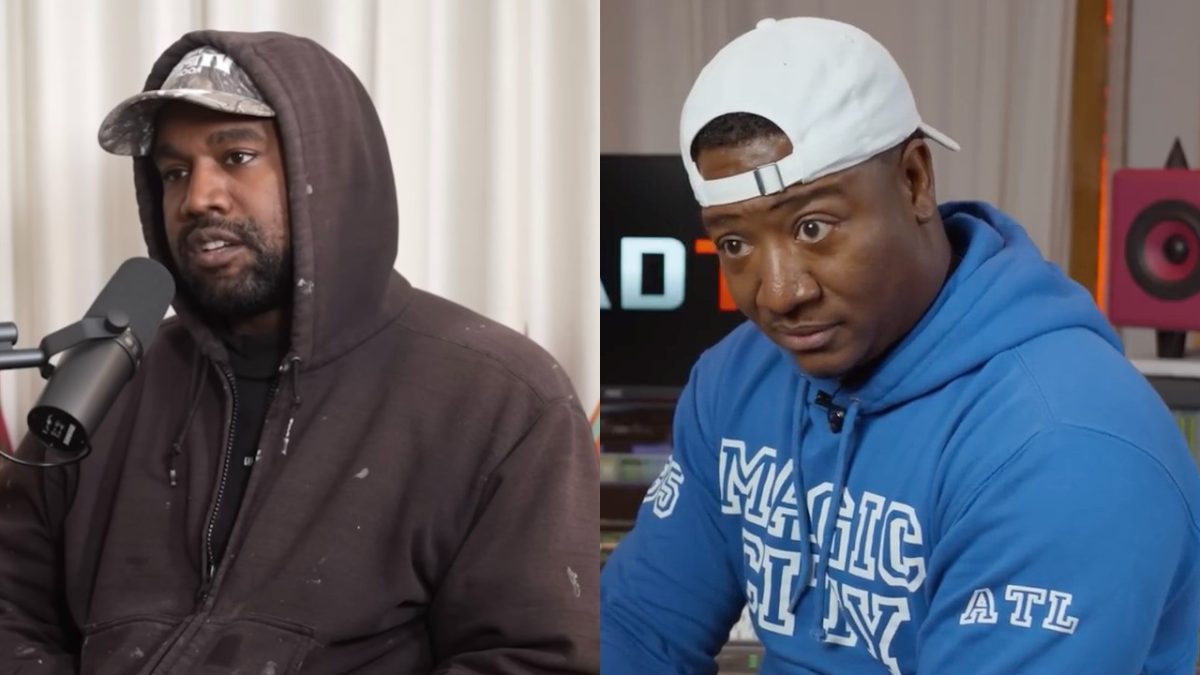 In an interview with Vlad TV, Joc was asked why he thought it was possible for Kanye West to make statements that negatively impacted the Black community, like his declaration about George Floyd’s death being caused by a drug overdose.

The rapper-turned-media personality said he believes that, in processing some of the information he’s been made aware of outside of the community, Ye has confused not only his core fan base, but also himself.

“It just turns into a whole theatrical nightmare,” Yung Joc said. “I feel like sometimes, Kanye does certain things for certain ears. Kanye has done some things and seen some things and been a part of some things that we’re not privy too, we’re not aware of. And in the process of him doing all that, he confused himself.”

Joc continued: “The lines got crossed up. You know when electrical wires get crossed up, what that shit do? It short out the system. He just shorted out his system.

“Somewhere in there, these same people [he thought would never turn on him], these the same people left you sitting on your ass because they can’t support certain things that you’re doing, no matter how much you’ve tried to garner their respect.”

Yung Joc went on to say that he felt there may have been some validity to some of what Kanye West has said — specifically about the level of influence Jewish owners may have over the media — Ye just didn’t put enough thought behind how to express his opinion.

“I’m not saying anything bad about it,” Joc said. “Shit, if it’s more Jews that own the media, then that’s what the fuck it is. But in saying that, you gotta be aware that they control it. So if you go against it, what do you think is gonna happen? They just gonna freely put your word out there in the streets? They’re gonna promote you going against them? It boils down to understanding: you gotta choose your battles and choose your battles wisely.”

What he feels might have been more constructive, would be for West to frame these discussions in an academic setting and seek out the support of experts, possibly in the Jewish community, to foster a better dialogue.

“Maybe he should have created a curriculum to talk about it from that point of view,” Yung Joc explained. “And have some people come in and go that route. As opposed to him just having it on his heart and yelling it on a podcast. I’m not saying that’s all he did, ’cause he did more. But I’m just saying, as strategic as this guy is, he didn’t prepare properly.

“Before you take on certain tasks, you gotta plan your work first,” Young Joc concluded. “Then you work your plan. We ain’t doing that. We gettin’ on platforms and just saying what we wanna say at the moment cuz it’s on our heart. But when you say it, when you pull that verbal trigger, what’s the plan boy? What’s the strategy?”