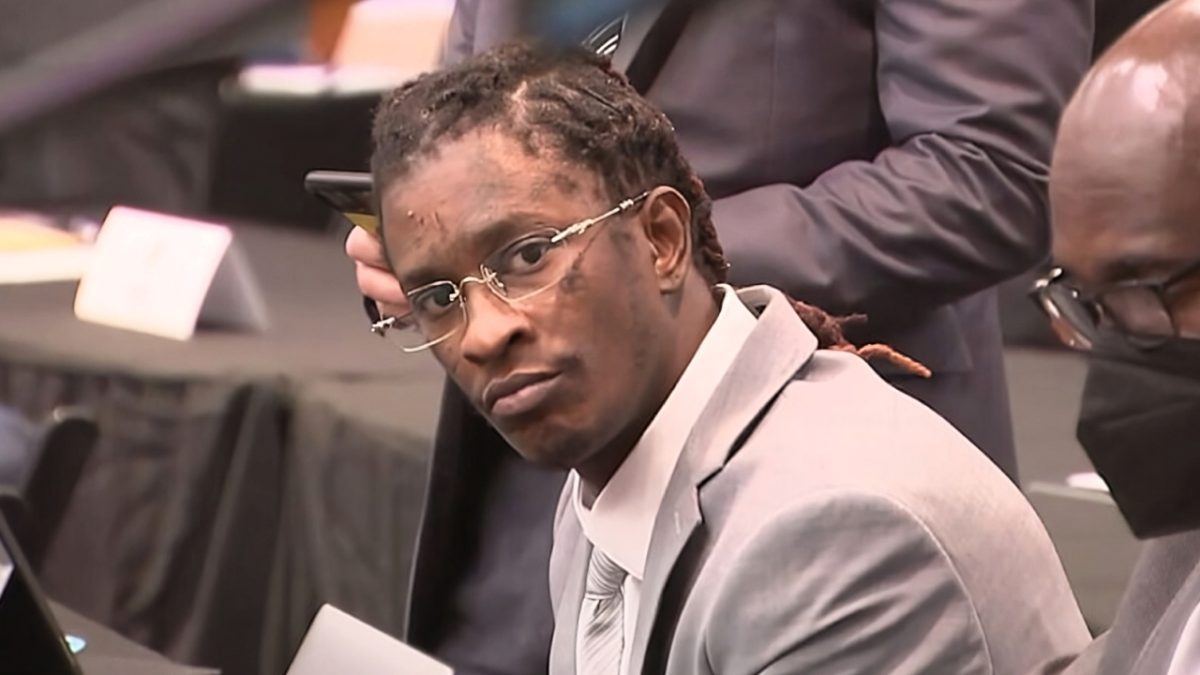 A lawyer for one of the 14 defendants in Young Thug’s YSL RICO trial has accused a Fulton County deputy of assaulting and injuring her client.

Defense attorney Angela D’Williams told WSB-TV on Monday (January 23) that her client, Rodalius Ryan, was punched in the head and fell on the sidewalk while he was waiting to be transported from the jail to the courthouse earlier that day.

D’Williams said the incident left Ryan (also known as Lil Rod) with injuries to his legs, hands and head. She also raised concerns about him suffering a possible concussion.

Sheriffs, however, say Ryan was spitting in the patrol car and “has been an ongoing problem.”

According to an incident report, Deputy Kandakai Morris told Ryan to stop spitting in the vehicle and that he would have to clean it up. Ryan allegedly replied: “I’m not cleaning up shit” before spitting again, hitting Morris in the face with his spit.

D’Williams refuted that claim, saying her client “went ‘shh’ because he was upset about something.”

Morris then claimed in his report that he walked to the rear passenger side door, opened it and advised Ryan to exit the vehicle, but his order was ignored. When the deputy reached inside the patrol car to remove Ryan, the defendant allegedly stiffened his body and laid flat in the backseat.

Morris claimed that Ryan then began to move his legs in a kicking motion. The deputy said he then grabbed Ryan’s ankle, pulled him from the seat and put him on the ground.

However, D’Williams claimed that her client was dragged out of the vehicle before he had the chance to voluntarily get out of it, resulting in his head hitting the sidewalk.

She also accused Morris of purposely “agitating” her client, and plans to file a formal complaint against the Fulton County Sheriff’s Office.

Ryan faces charges of misdemeanor simple assault and obstruction of police over the incident. He is currently serving life in prison for a 2019 murder and has been charged with one count of conspiracy to violate the RICO Act in the YSL indictment.

Last week, Ryan was charged with unauthorized possession of a prohibited item by an inmate for his role in an alleged courtroom drug deal involving Young Thug and another YSL co-defendant Khalieff Adams.

Adams was later transported to nearby Grady Memorial Hospital after law enforcement said he attempted to ingest some of the drugs he was carrying, but Adams’ lawyer Surinder K. Chadha Jimenez refuted that claim and said his client was “tased several times.”

He continued: “Undersigned counsel observed at least two officers remove their belts and firearms and then rush into the holding area. The sounds were distressing to many in the courtroom, and at one point the Honorable Angela D’Williams asked to go to the back to check on her client but was not allowed. Undersigned counsel and possibly other people were concerned for the safety of the Defendants.”