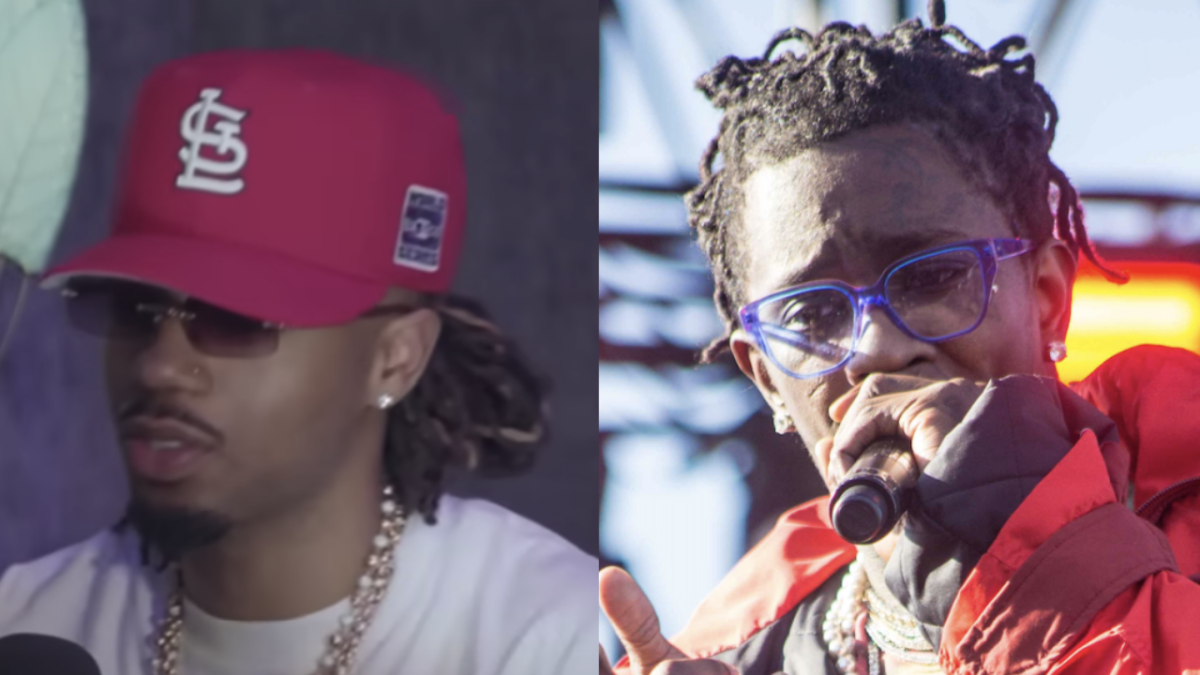 Young Thug‘s superhuman talents often impress fans of his music but his eccentric abilities in the studio even leave his collaborators speechless.

Speaking to The Producer Grind Podcast on Sunday (January 22), Metro Boomin recalled a time when a sleepy Thugger was dozing in and out of consciousness while recording 2014’s memorable “Skyfall” collaboration with Travis Scott.

“I remember I played him the song, he was fucking with that shit hard,” he began to explain. “By the time later in the day it was time for him to do his verse, I was with him in the booth the whole time we was both sitting down and that n-gga was like sleep recording.

“His whole part on ‘Skyfall’ he recorded he was sleep, bro! That shit still sounded crazy. I’ll never forget that. I’m watching him because I’m thinking I’m gon’ have to wake him up.”

The superproducer continued: “Every time it would come back in like where he was punching at, you could see this n-gga clearly sleep but he’s so one with the music, like how I be feeling one with the music, you’d think he really sleep, but right on time when it’s time to come in he’d be like, ‘Look me inside of my eye.’

“And then just go back down and he did that whole song like that. I was just watching that like, ‘Bro, ain’t no way? How you know when to wake up like right on the? A n-gga really be like asleep!”

The hypnotic “Skyfall” served as a standout on Travis Scott‘s Days Before Rodeo mixtape in 2014.

Young Thug made multiple appearances on Metro Boomin’s Heroes & Villains album including tracks such as “Metro Spider” and “Trance.” They’ve proved to be a lethal combination when teaming up throughout the past 10 years.

Metro also recently explained how he and Thug used to test their unreleased records by burning songs onto a CD and pulling up to a nightclub for a DJ to play them and see what the crowd’s reaction was.

“Man, me and [Young] Thug used to do songs and like, soon as we get done doing it, like this is when we still had CDs, I would burn a CD on the computer and we would go to the club and would take it to the DJ like, ‘Yo, let’s go hear this and see what’s going on,’” Metro said. “And watch everybody’s reaction, you know, vibe out, throw some money and get everybody hype.”