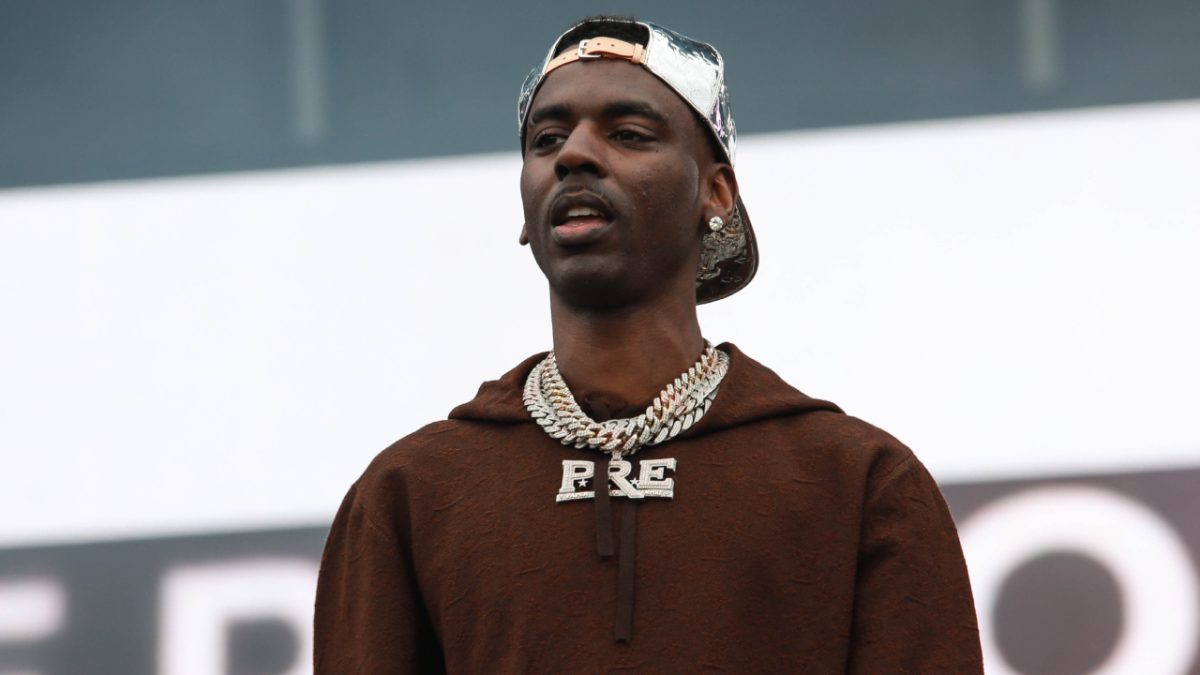 Young Dolph’s $20,000 donation he gave two Duke University baristas has been forever memorialized with a vibrant mural in Miami, Florida.

Britni Brown and Kevin Simmons had been previously employed at the Duke University location of Joe Van Gogh in North Carolina back in 2018, but were abruptly fired after their manager caught them playing Young Dolph’s “Get Paid” in the coffee shop.

The situation reached the ears of the Paper Route Empire leader, who flew them out to Miami for Rolling Loud 2018 and gifted each of them $20,000 in cash during his performance.

That moment has now been turned into a mural, and numerous fans have stopped by to flex their cash and pay their respects to the fallen rapper, who was gunned down in his hometown of Memphis, Tennessee last November.

The artwork depicts the late rapper gifting the baristas the stacks of cash, paired with his famous on-stage quote: “I know for a fact that V.P. getting money… but he ain’t getting money like Dolph.”

The mural arrives as Young Dolph’s murder case continues to heat up. Last month, a fourth man, Jermarcus Johnson, was arrested in connection with the shooting and charged with conspiracy to commit first-degree murder.

The authorities believe Johnson, 25, helped hide his half-brother Justin Johnson, along with Cornelius Smith, after the deadly shooting.

Johnson and Smith are currently in custody after also being charged with first-degree murder and attempted first-degree murder, along with firearm charges, earlier this year. Both men have pleaded not guilty and are expected back in court on January 20.

Earlier in November, police arrested 43-year-old Hernandez Govan, who they believe ordered the hit on Dolph. Govan was charged with first-degree murder, attempted first-degree murder and conspiracy to commit first-degree. He has pleaded not guilty to all of the charges.

To honor the one-year anniversary of his death, Young Dolph’s estate released a new posthumous single titled “Get Away” on November 17. It’s taken from the late rapper’s upcoming album, Paper Route Frank (out December 9), which will feature appearances from Key Glock, Gucci Mane and Peewee Longway.