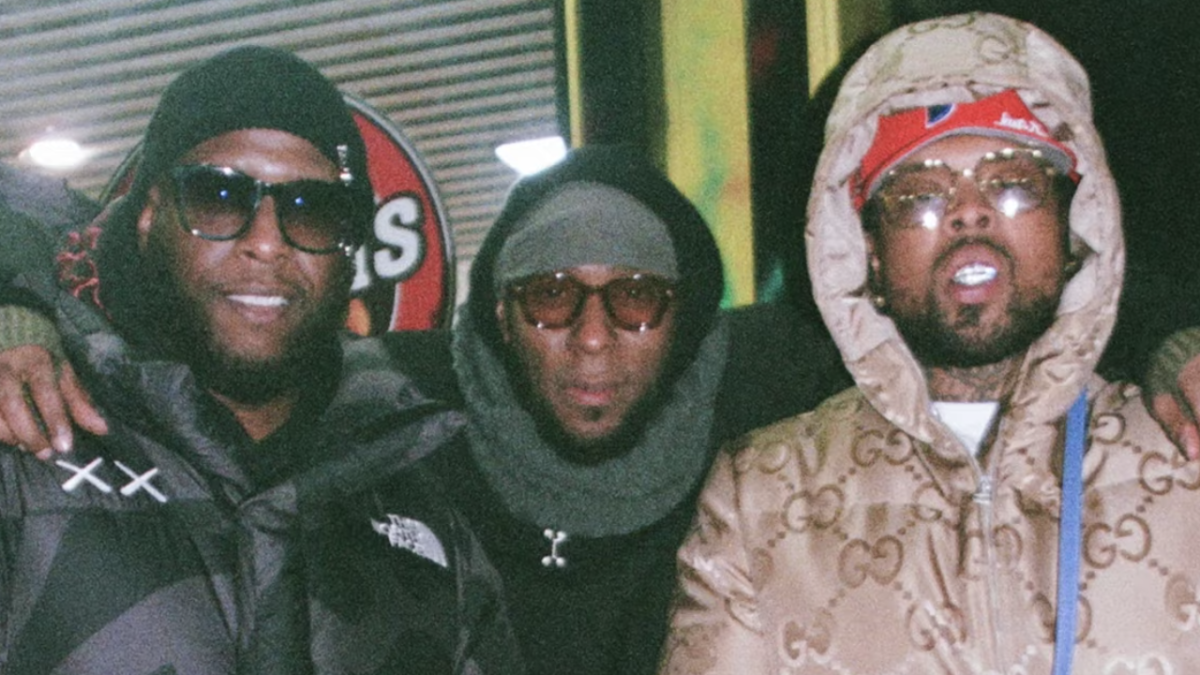 Westside Gunn continues to push his latest project with the release of a video for the track “Peppas” featuring Black Star — check it out below.

Directed by Daily Gems, the video was released on Wednesday (November 30) and finds the trio rapping in front of and inside Peppa’s Jerk Jerk Chicken restaurant in Flatbush, Brooklyn.

The visual opens with Yasiin Bey kicking off the record with a drink in his hand and dishing out his bars over the Flashlight-sampled beat by Conductor Williams.

Talib Kweli then takes the reins and delivers an equally bar-heavy verse in various scenes in and out of the popular Brooklyn restaurant.

“The stars of the story got him movin’ different/ Goofy n-ggas, the hate be in they genes like it’s they true religion/ If it isn’t love, it must be New Edition/ Flygods, nah, we don’t believe in superstitions/ Superman to man, see through the system with my super vision/ Powerful, the spirit’ll grab you like tabernacle/ The voice of the people keep it deeper than an Adam’s apple,” he raps.

The Flygod closes out the video rapping amongst his crew at the restaurant while more scenes of people visiting Peppa’s and grabbing a bit to eat appear throughout the clip.

“Peppas” is track number five off Westside Gunn’s latest project 10. The album is the final installment of his beloved Hitler Wears Hermes mixtape series and serves as a precursor to his next album Michelle Records.

Westside Gunn first teased Michelle Records — named after his late aunt who passed away in November 2021 — back in February with a pair of trailers featuring cameos from Fabolous, Dave East, Conway The Machine, Benny The Butcher and Armani Caesar.

Fan excitement reached a new level the following month when Westside Gunn shared a clip of longtime collaborator and producer Conductor Williams making a beat from the top of the dome.

Gunn also shared a photo of A$AP Rocky visiting him to lay “his vocals for MICHELLE RECORDS,” however, Flacko appears on “Shootouts In Soho” on 10.