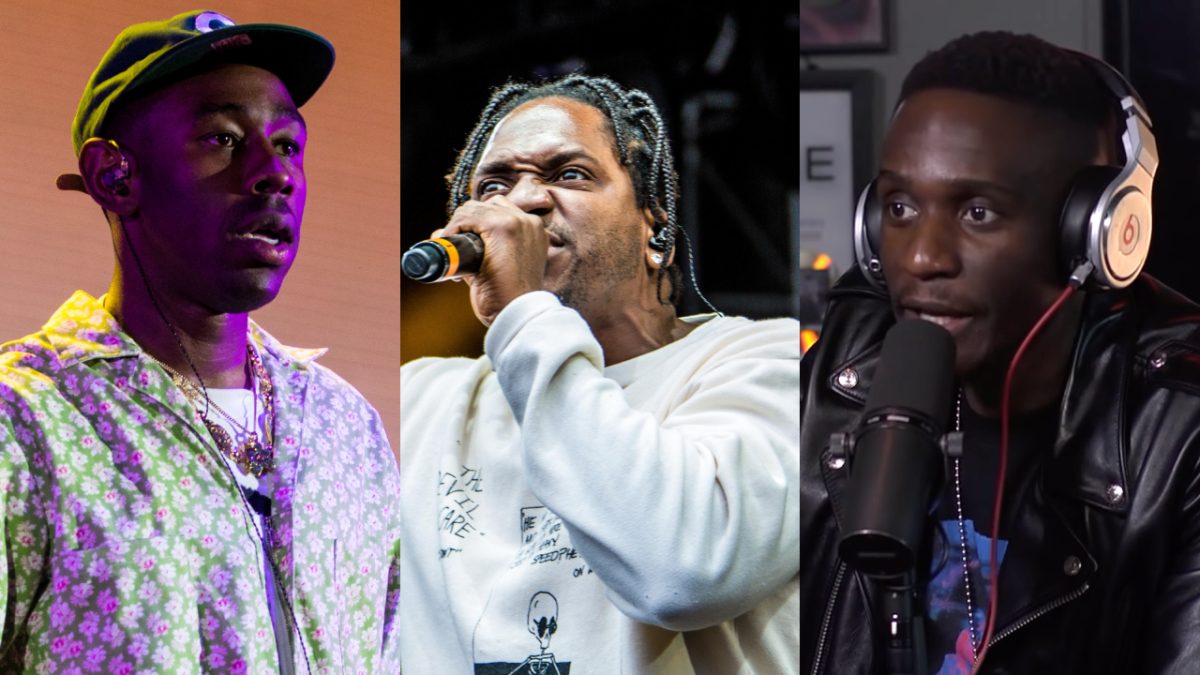 Tyler, The Creator has given Pusha T and No Malice their flowers on the 10th anniversary of their Clipse album Hell Hath No Fury.

The Golf Wang head honcho took to Twitter on Tuesday (November 29) to shout out the brothers for their groundbreaking third record, which was released on November 28, 2006.

“Important. Life for me is before and after i seen this video in 06,” Tyler wrote alongside a clip from the duo’s signature “Mr. Me Too” video. “NOTHING compares. when i heard it i told myself this would be the first song i play in every car i get and i havent broken that.”

See Tyler’s tribute to The Clipse below:

important. life for me is before and after i seen this video in 06. NOTHING compares. when i heard it i told myself this would be the first song i play in every car i get and i havent broken that https://t.co/TAiYm1OSwr

Hell Hath No Fury, which produced entirely by The Neptunes, debuted at No. 14 on the Billboard 200, moving 80,000 copies its first week. It’s often regarded as one of the best albums of the 2000s.

Following the release of their next album Til the Casket Drops, Malice departed the group to turn to a more religious path, while Pusha T launched a successful solo career under Kanye West’s G.O.O.D. Music imprint, most recently returning with his critically lauded It’s Almost Dry project earlier this year.

However, Pusha T and Malice recently reunited at Pharrell’s Something In The Water festival in Washington, D.C. over the summer, and ran through a few fan favorites including “Mr. Me Too,” “Cot Damn” and “Grindin.”

Pusha T took to Instagram after the show to celebrate the long overdue reunion. “Want for your brother what u want for yourself,” he wrote while sharing photos of the moment. “‘Harold Melvin without the Bluenote, the past 10 years screaming UNO…then side step back into the DUO.’ – Self.”

The Clipse Tease The Possibility Of A Reunion Album

Backstage footage before the show included Push and Malice enjoying their reunion with an equally as excited Justin Timberlake.

“It’s so good. We’re back together! Look at us, we’re like an Oreo cookie!” Timberlake joked. “I’m looking forward to it, man. Yo, you know what’s crazy? It’s been 10 years since y’all been on stage together, but this fall, it’ll be 20 years since we did our joint and we only did it one time. It’s all types of history.”

Tyler, The Creator made an appearance at the festival as well and took a moment to crown his friend Pharrell one of the G.O.A.T.’s.

“Trying to be all, ‘Ooooh,’ down to earth, n-gga stop it!” he started off. “You are the greatest of all time. The innovation, the execution, but if n-ggas want to talk numbers, the numbers speak for themselves too.”

He added: “I love you, I’m forever indebted to you, forever in debt to you, thank you for your existence,” he gushed. “And please give it up to this man for putting this whole thing together. We appreciate you.”