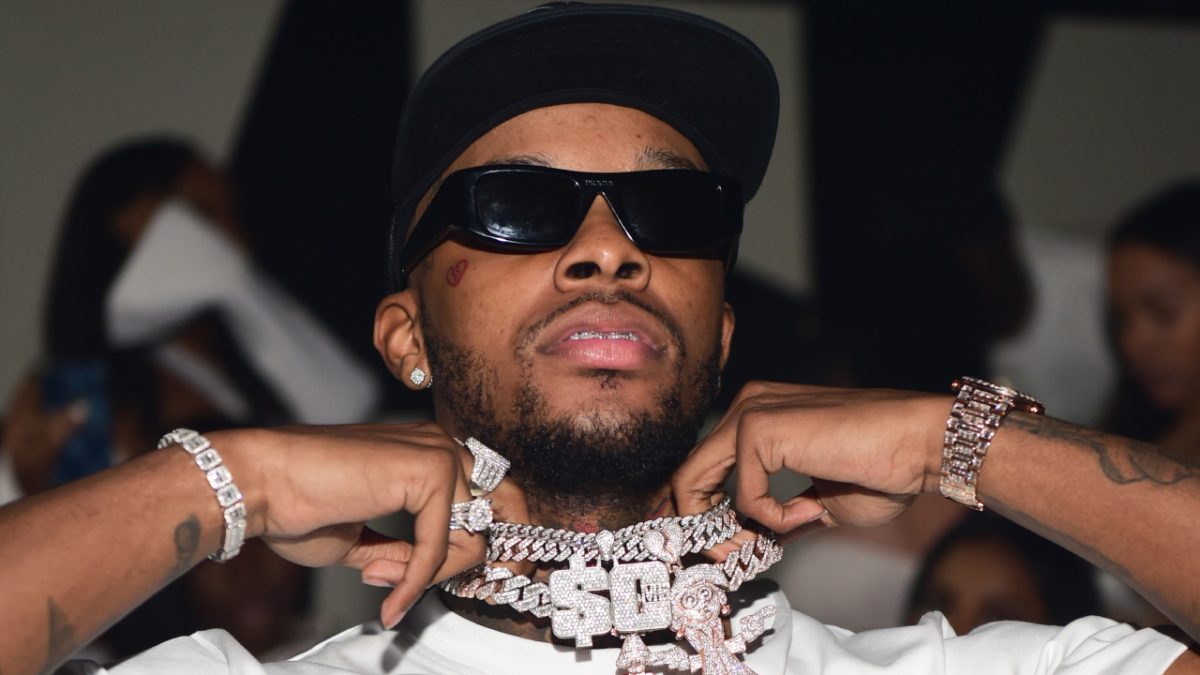 Toosii On His 'Boys Don't Cry' EP, Relationship With Fame & Those Studio Sessions With Future

Toosii has been going through changes. The North Carolina rapper had a stellar 2021, and was not only deemed a HipHopDX Rising Star but earned over a billion streams and was awarded his first RIAA plaque for his debut single “Love Cycle.”

A sold-out tour followed, and he even upped his feature price, but along with success came the invasive nature of celebrity status, which Toosii loathed. Before releasing his latest EP Boys Don’t Cry, he denounced fame in a heartfelt letter to his fans and said he wished he kept his music to himself. With his new EP out in the world, HipHopDX asked Toosii if those feelings had changed at all.

“I don’t know bruh I’m taking it day by day,” he said. “It’s a lot, but at the same time people love me. I can’t stop being who I am because of that part of it. I just gotta accept it for what it is. As long as it’s love I’m not tripping.”

Boys Don’t Cry serves as a reply to his tumultuous relationship with the spotlight. On his hit single “Love Is…,” Toosii proclaims, “Cryin’ to nobody else, I ain’t got nobody help, I feel like I’m by myself.”

“As a man, we’re always taught to be tough and never be vulnerable,” Toosii said. “As men, it’s about being able to be vulnerable and open up about our feelings and be understood. Every day I walk out my house and I feel like I can’t walk outside with my head down, I can’t show any pity or any emotion. That’s what the title of the EP was about.”

Toosii went on to say that the EP was also about him “having fun again,” a peculiar way to describe such a vulnerable record. On the opening track “Hey Now!”, which Toosii freestyled in his car, he layered the song with nothing more than a piano as he ruminated on the pros and cons of success.

By “fun,” Toosii means the album was a relief to record, a therapeutic gateway that gave him permission to finally let his guard down.

“The thing is, I make fun records bro, and I just never drop them,” Toosii said. “The records where I’m just talking a little bit of crap, I never wanna drop them. When I get in the studio it’s like I’m in a whole different world. Whereas sitting at home, or being around fans, I’m in a different light. But when I’m in the studio, it’s just… sacred. I feel like I can say anything I want.”

He spoke about the EP’s cover art, which depicts someone sitting underneath a dead tree as crows sit atop its rotting branches.

“When I created the EP I was in a real vulnerable state,” Toosii said. “Kinda on the inside I felt empty. So I called my graphic designer and we sat up all night designing this. We were on the phone probably from 8 p.m. to four in the morning just designing that art.”

As for the person under the tree, Toosii said that was him, and that the graphic was born out of a photograph someone had snapped of him in the fetal position while he was on the road. When asked why he was in the fetal position, he simply said, “cause the car was small as hell.”

As Toosii’s new EP gains steam, (“Love Is…” currently has over seven million streams on Spotify), the DX Rising Star hit the road again last week with Rod Wave and Mariah The Scientist for the Beautiful Mind Tour, which kicked off on November 11 in Minneapolis. He also revamped the EP as Boys Don’t Cry: Men Do, adding five new songs to the project. Eagle-eyed fans also noticed Toosii recently spent some significant time in the studio with Future, who Toosii called “the Drake of the streets.”

“Being in the studio with someone like Future you just gotta soak up the game and knowledge,” Toosii said. When asked if it was at all intimidating to be sharing studio space with some of his idols, Toosii was confident yet honest.

“Nah, cause I grew up with my idols,” he replied. “My idols was my brother and my dad. I never really idolized nobody else outside of them. I idolize the people that I love and the people I was with every day. So I’ve never really been the type of person to idolize those outside my home. But, being around such successful and hardworking artists is a different feeling. It shows you how successful you can be if you just stay consistent.”

As for the studio sessions with Future, Toosii couldn’t offer any more details at the moment.

“Man listen, something special coming out of that,” he said. “I’m excited for people to hear that. God is good.”