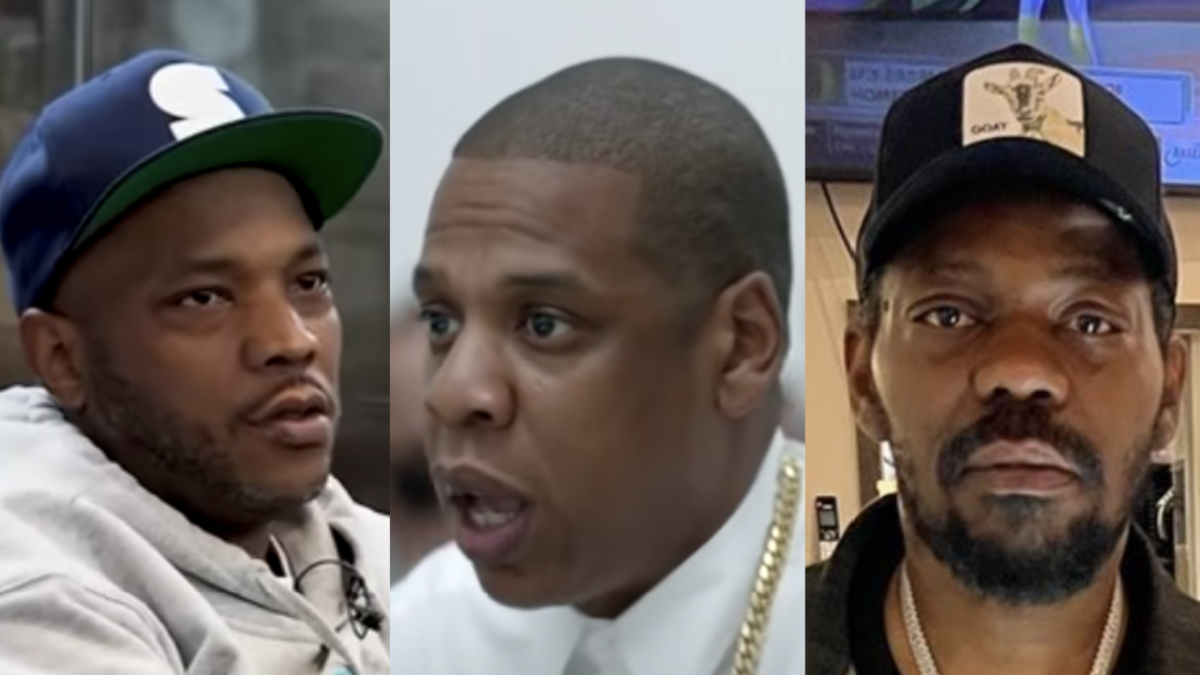 Styles P has recalled the time he wanted to shoot JAY-Z and Beanie Sigel during The LOX‘s beef with Roc-A-Fella Records in the early 2000s.

The Ghost recently joined Math Hoffa’s My Expert Opinion where he opened up about how his, Jadakiss and Sheek Louch’s beef with 50 Cent and G-Unit was kept strictly on wax but the Roc-A-Fella war crossed the line and got personal.

“We didn’t go to war with 50. I would’ve shot Beans and HOV at that time, I wouldn’t have shot 50. There was no emotional ties into it,” he explained.

“Beans was like us but from Philly. You already know what HOV and Dame and them were doing, so that was more personal for me. Kiss and HOV kept being on the same remixes and something happened. It just felt like they were aiming at Kiss for me. Kiss is our Derek Jeter. Where we from, you fuck with one of us, you fuck with everybody.”

The feud only escalated with tempers flaring in person at shows when D-Block and State Property along with Jay would cross paths, although there wasn’t a specific incident that caused the beef’s genesis. They would eventually exchange a plethora of disses on wax over various songs, remixes and freestyles.

“With Beans and HOV it was more like I got love for them and this is our story when we came up,” SP continued. “At that time, I had two guns on me every day — not because of them but because of life.”

This isn’t the first time The LOX have recounted the Roc-A-Fella feud. Sheek Louch echoed a similar sentiment in 2017 in an interview with DJ Whoo Kid.

“Beans and them were saying some shit lyrically because they were slick-talking,” he said. “Them Philly n-ggas they be saying some shit. So that’s where I’d be like ‘Oh shit, Styles get the guns! Where the fuck them n-ggas record at?’ Like it was that kind of situation.

“Our beefs were so dope man, you knew it was gonna be some ‘Fuck that, fuck you this and that.’ Some ill shit. You name whoever we got it on with, it was like some dope entertainment… These beefs right now is not the same, man. I think the media is more turning them into beefs. Our shit was legitimate beefs.”

Cooler heads eventually prevailed for all parties as they all went on to enjoy lucrative careers. Ironically, The LOX ended up signing a partnership deal with JAY-Z’s Roc Nation in 2016 to release their first album in 16 years.