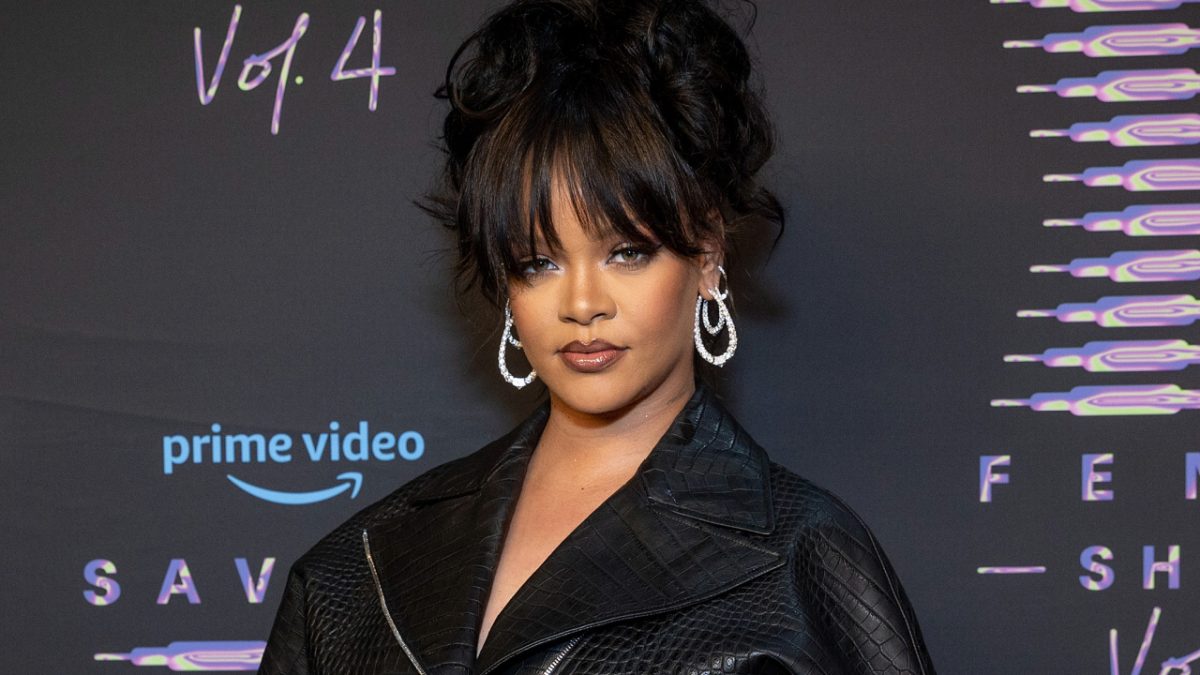 Rihanna also shared a look at another Super Bowl-themed Fenty hoodie on her Instagram Story that featured the image she used to announce her halftime performance last year. The NFL reposted Rihanna’s Story to their Instagram page with a caption counting down the weeks until the big game.

Fans looking to purchase the drop can head over to Savage X Fenty’s website or retail stores, where items ranging in sizes from XXS to 4X are available. Prices range from $24.95 to $89.95 for Xtra VIP members and $32.95 to $112.95 for non-VIP members.

Shoppers will also get a chance to experience the new drop when Savage X Fenty launches a three-day retail pop-up store in Los Angeles, California, from January 27-29. The store will be lined with turf and feature football-themed mannequin heads, goal posts as clothing racks, photo moments, branded giveaways and more.

Super Bowl LVII will take place on February 12 at State Farm Stadium in Glendale, Arizona. Rihanna announced she’ll be headlining the halftime show in cryptic fashion by posting a photo of her tattooed hand holding an official NFL football on Instagram last September.

The performance will mark the ANTI singer’s first Super Bowl appearance and her first major performance since the 2016 MTV Video Music Awards, where she delivered a career-spanning medley of hits to coincide with her winning the Michael Jackson Video Vanguard Award.

In a press release announcing the news, JAY-Z — who has served as the NFL’s live music entertainment strategist since 2019 — called Rihanna a “generational talent.”

“Rihanna is a generational talent, a woman of humble beginnings who has surpassed expectations at every turn,” he said of his Roc Nation signee. “A person born on the small island of Barbados who became one of the most prominent artists ever. Self-made in business and entertainment.”