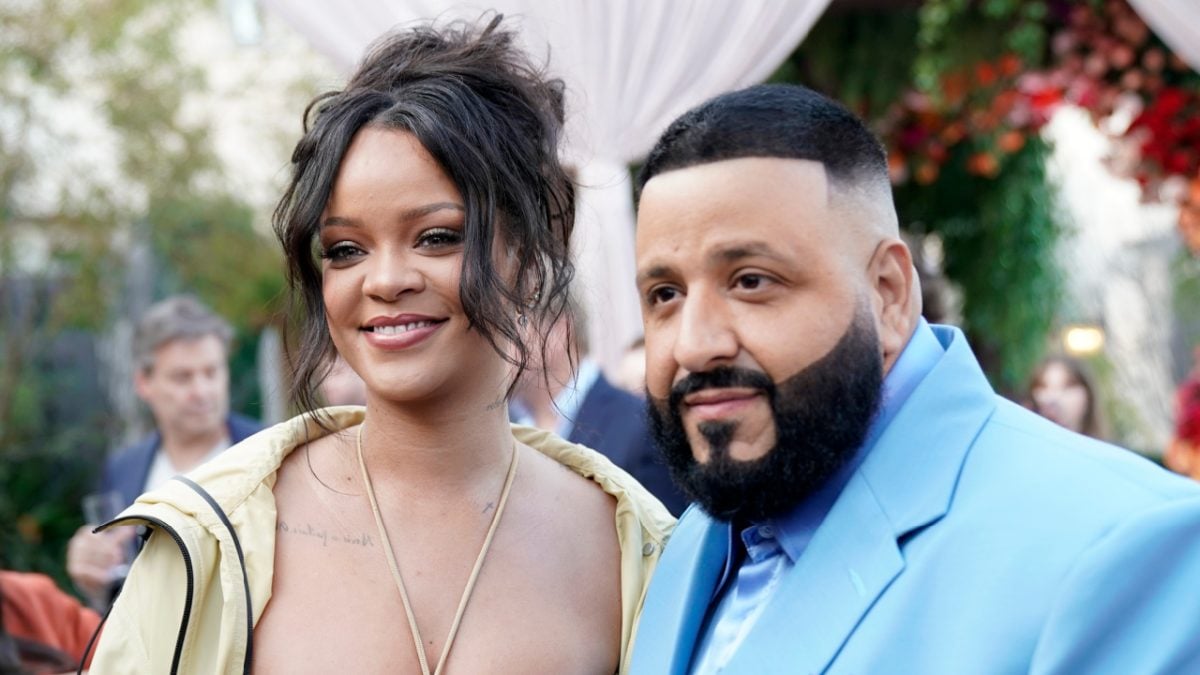 On Wednesday (December 7), Khaled and Savage X Fenty shared content of the new photoshoot showing the We The Best boss wearing several upcoming pieces. In one set of photos, the Miami native is dressed in a yellow satin pajama set with his stomach gracefully poking out the robe.

The other set of photos shows Khaled rocking another silk pajama set, this time with a patterned design and matching slippers with his name on them.

The whole shoot was a part of a bigger project by Savage X Fenty called SavageXLive Shopping Xperience, which gives fans a chance to purchase new looks from the brand while watching some of the biggest names in the game perform live.

DJ Khaled served as a host for this latest iteration after fellow Miami natives, City Girls, helped launch the program in February.

DJ Khaled also shared a six-minute promotional video of him wearing the same pieces he wore in the photoshoot while highlighting other items on a clothing rack. There were several outfit changes and a quintessentially motivational speech from DJ Khaled.

The promo video also came with some behind-the-scenes footage showing Khaled working with his crew and Rihanna’s Savage X Fenty team to curate the photoshoot. At one point in the clip, Khaled makes a bold statement about being a modern-day “sex symbol.”

“I ain’t gone name other companies ‘cause I’m rolling with Fenty,” he said. “Y’all didn’t see the vision. I’m born beautiful. I’m a sex symbol. They been wanting this for the longest time. Wait until I put these things on.”

The behind-the-scenes footage was originally released in August when DJ Khaled teased the collaboration as a “top secret photoshoot.” Shortly after the teaser dropped, the “God Did” hitmaker confirmed in another Instagram post that a collaboration with Rihanna was on the horizon.

“Let it flow! Live your life! Be yourself at ALL TIMES! We are BEAUTIFUL!! LET IT FLOW!! They didn’t believe in us,” he wrote. “@savagexfenty DID!! MOGUL, ARTIST, PRODUCER, MODEL– We NEVER STOPPING!! Bless up@badgalriri @jennnrosales RIRI DID!!!!”

Khaled also handled the promo on his own by heading to Paris, France and recreating the Air Jordan Jumpman logo in front of the iconic Eiffel Tower.