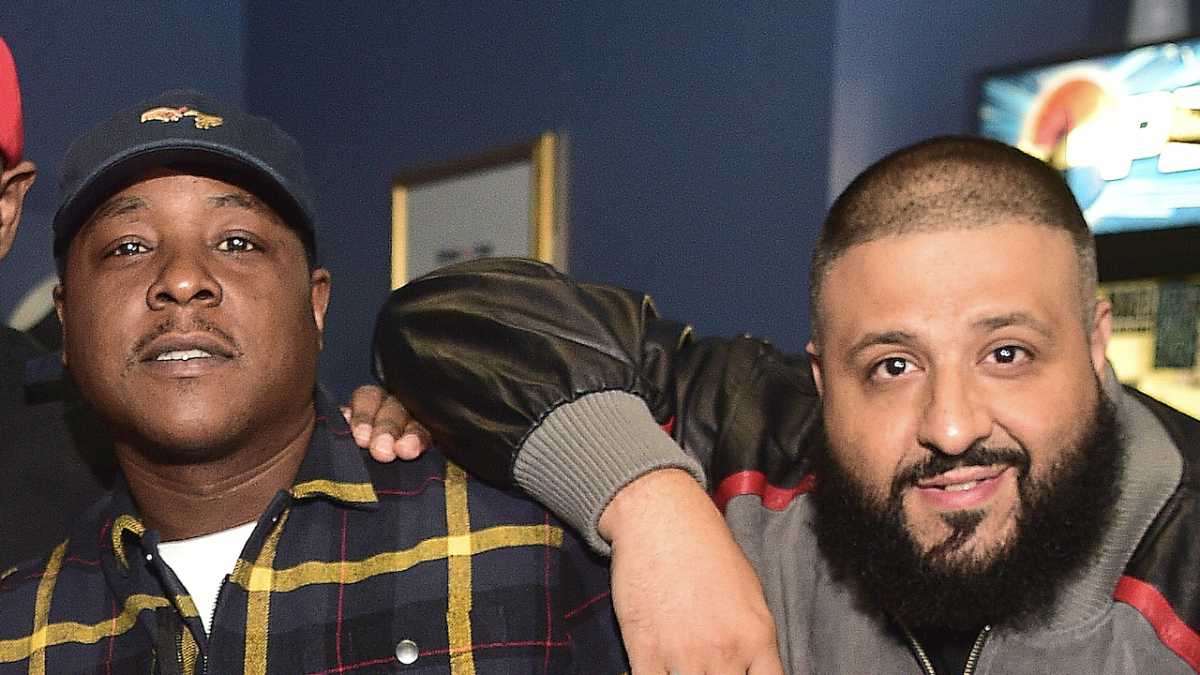 Jadakiss has joined DJ Khaled in the latest Air Jordan advertisement promoting his We The Best 5’s. You can watch the Yonkers legend get some bars off in the commercial below.

Arriving later this month, Khaled flexes in his salmon-colored kicks as part of a highlight reel consisting of slow-motion dunks, including one from the Miami mogul on a lowered hoop.

“They ain’t believe in us, MJ did,” DJ Khaled proclaims before passing the torch to Jadakiss, who proceeds to spit a set of fiery bars about the kicks.

“No matter what, all I ever knew was keep flowing/ Air Jordan 5 We The Best keep going/ Because they didn’t believe in him, only thing you see me in/ The colorway’s amazing, the leather’s premium,” Jada raps on a sun-drenched basketball court while showing off his handles.

Khaled’s latest We The Best x Air Jordan collaboration is slated to arrive on Cyber Monday (November 28) with the crimson bliss kicks retailing for $225.

Early resell markets are running customers north of $350 currently on sites such as StockX. The sneakers will also be a part of a larger “We The Best” collection that comes with all sorts of apparel and more.

DJ Khaled is a promotion savant and had his upcoming Jordan 5’s on display when he hit the hardwood with courtside seats to a Miami Heat game over the weekend and even brought a matching salmon-colored pillow for his new sneakers to rest on.

DJ Khaled first revealed the collaboration back in April, showcasing three other colorways that seem to be exclusive to family and friends. Khaled also got a stamp of approval from Kanye West after showing him some sample pairs earlier this year.

Jada and Khaled linked up once again earlier this year when The LOX frontman laid his lyrical brilliance on wax for “JADAKISS FREESTYLE” which landed on Khaled’s GOD DID album in August.