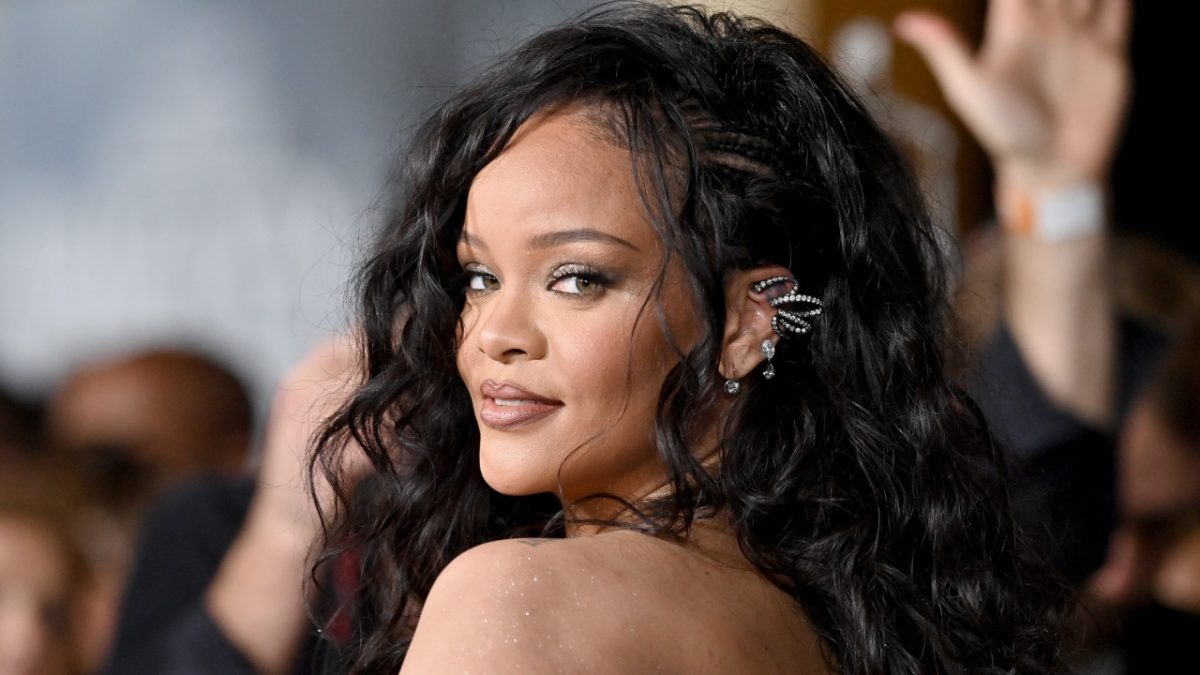 Rihanna has unveiled a new collaboration between Fenty and Mitchell & Ness to further hype up her upcoming Halftime show at Super Bowl LVII.

Set to take place in Glendale, Arizona on February 12, the performance will serve as RiRi’s first stage appearance since the 2016 MTV Video Music Awards, where she ran through a career-spanning medley of hits to coincide with her receiving the Michael Jackson Video Vanguard Award.

Details surrounding the upcoming State Farm Stadium performance have remained scarce, but with just three weeks left before the big game, Rihanna has unveiled a new collection of clothes fans can wear before her big return.

The collection also features a swanky coaches jacket in black that includes an NFL and Super Bowl LVII patch embroidered on the front and football and Fenty U.S.A. on the back.

This serves as the second Fenty collection to drop from her in recent weeks. Earlier in January, RiRi dropped off the “Game Day” collection, which consists of 17 different pieces including hoodies, sweatpants, varsity jerseys, tops, hats, beanies, boxers and a bandana. The drop is inspired by the color of an actual football, and RiRi modeled several items on Savage X Fenty’s Instagram page.

As the highly anticipated performance grows nearer, reports have suggested that JAY-Z is helping RiRi with the show, though it’s unclear if Hov will take the stage as a special guest. Rihanna did confirm in November that she’s working on a “special” project to coincide with the Big Game, although she implied it wouldn’t be a new album.

During a recent interview with Apple Music’s Zane Lowe, Rihanna’s beau A$AP Rocky spoke highly about his superstar girlfriend’s impending performance and said it’s gonna be a historic moment and that no one is as excited as he is.

“Oh man, I’m just as excited as you guys — if not more,” Rocky said while laughing. “I’m super excited. This is huge, this is incredible. I’m so glad that my lady is back making music again and what not, and getting back out there, you know?”

He continued: “It’s incredible, especially for both of us. It’s a good year for both of us to be more active and be out there. But the Super Bowl is huge. The creative that she is, she’s going to bring it, man.”

In other Rihanna news, her Black Panther: Wakanda Forever cut “Lift Me Up” has been nominated for “Best Original Song” at the 2023 Oscars, which will be held March 12 at the Dolby Theater in Hollywood, California.