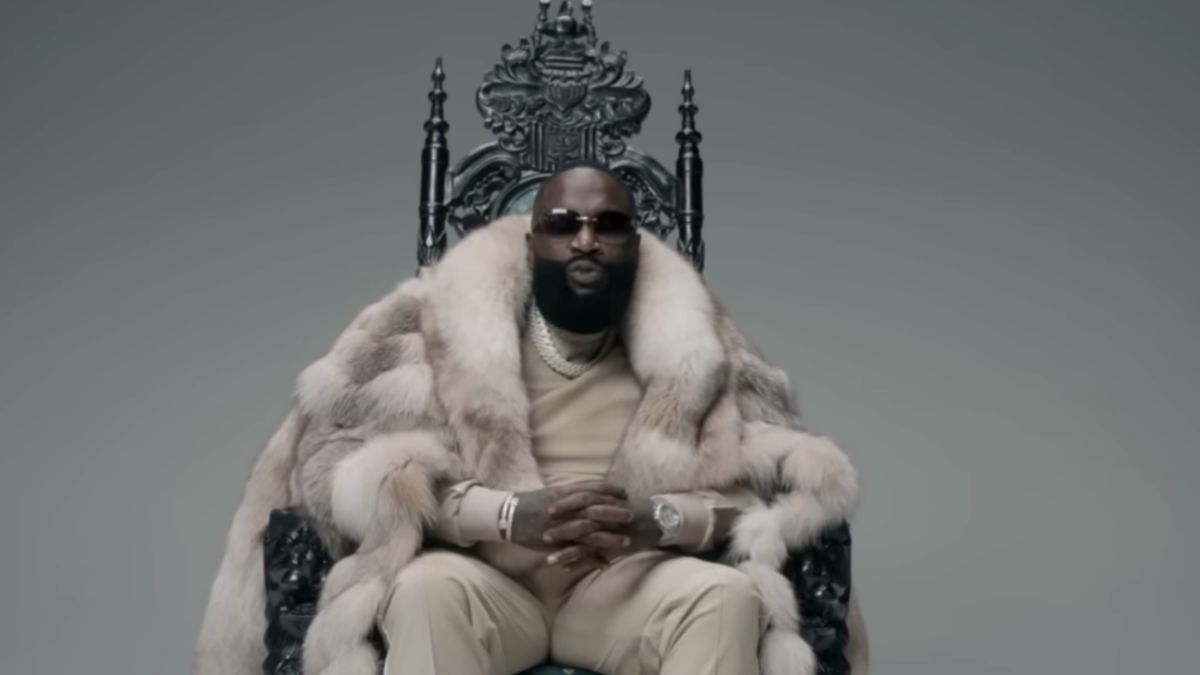 During her visit to REVOLT‘s Black Girl Stuff talk show, Vee revealed she and the Biggest Bawse are an item. Rumors of the two being a couple has floated around for months, with images and videos showing the pair together surfacing online.

Fans have been trying to figure out if the union is indeed real, and their questions have been answered. According to Vee, Ross’ boss-like persona and elite leadership qualities are what attracted her to the rapper.

She added: “But again, when it comes to Ross, Ross is the type of person who you look at and you just admire, you’re inspired by. Like, I wanna do what you’re doing, so teach me. So in the back end, I’m a student to the game as well.”

Fans were thrown into a frenzy at the 2022 BET Awards when Vee and Ross got rather comfortable with each other. However, neither party confirmed if they were playing around or being serious with their gestures.

Vee was handling interviews when Ross approached her to work his big-boy magic on her. “What’s up ya’ll its your girl Pretty Vee and look who’s behind me,” she said as Ross inched closer to her neck. Ross took an opportunity and kissed Vee on her cheek, and she replied: “My bae.”

Vee then asked Ross: “What we is?” to which the 46-year-old replied: “We gonna keep them out of our business.”

The couple added more fuel to the fire last year when they linked up for a promotional video in collaboration with Luc Belaire champagne. In the clip, Vee praised Rozay and he returned the gesture by thanking her for all the morning devotions she texts him on the regular.

“The devotions you send me every morning, baby they mean so much,” Ross said. “They so powerful, they so positive — it brings so much light and that’s why I want to make it clear before we go any further — your success… this is just the beginning.”

The timing of Pretty Vee’s revelation comes days after a video for Rick Ross and Anthony Hamilton‘s “Real Love” collaboration dropped. In his verse, Ross highlights a woman who has caught his eye and expresses his desire to find true love.

“You’re the only type that I could hold tight/ And I wanna eat ***** throughout the whole night/ Take a hot shower on a cold night/ Ralph Lauren, yeah, I used to be a lowlife/ Now we out in Dubai chillin’ on warm days/ She rockin’ cornrows and I’m so amazed,” Ross raps.