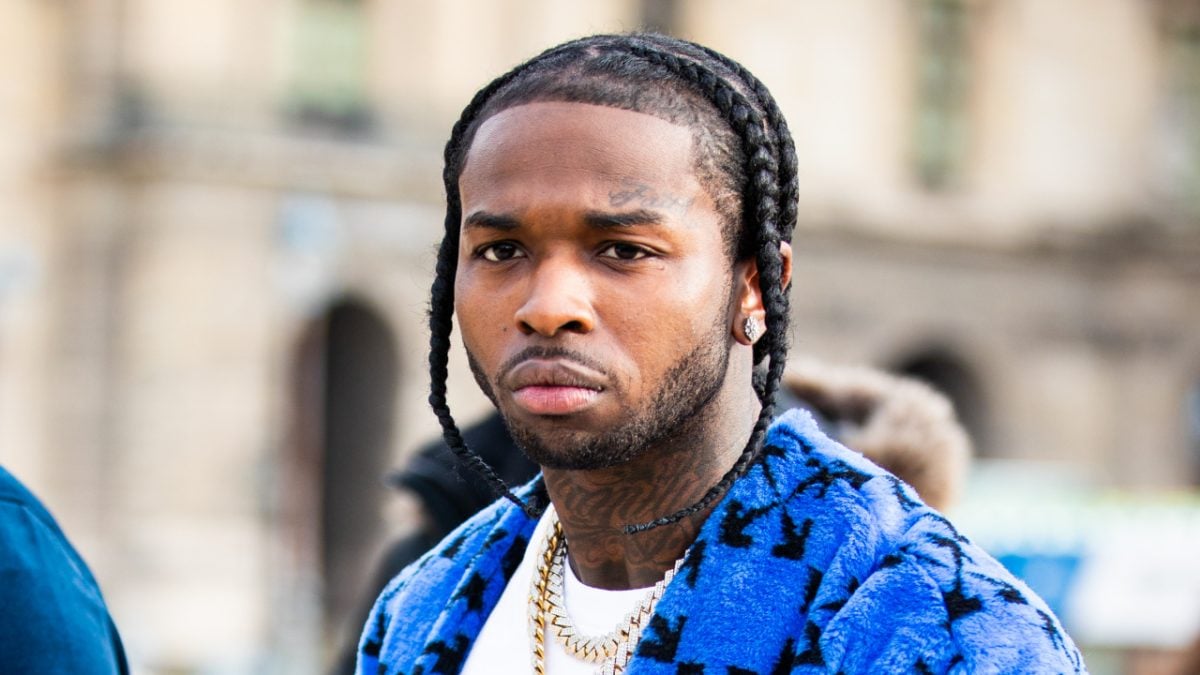 Pop Smoke's Murder Detailed By Woman Who Witnessed His Death: 'These Were His Last Words'

Pop Smoke’s tragic death has been detailed by the woman who witnessed the shooting.

Amelia Rose, who was with the Brooklyn rapper when he was gunned down during a home invasion in February 2020, shared a harrowing account of his murder on the premiere episode of WE tv’s Hip Hop Homicides, which aired earlier this month.

Rose told host Van Lathan she remembers Pop going upstairs to use the bathroom inside the Hollywood Hills home he was renting at the time. Moments later, she was struck with fear when intruders broke into the property and pointed a gun in her face.

“Pop said he was going upstairs. I’m sitting on the bed and I’m starting to take off my clothes, and he said: ‘OK, I’ll come back,'” she recalled. “He was going to the restroom and so these were his last words.”

“This moment, it was like a couple seconds and I hear the noise,” Rose continued as she described hearing a sliding glass door open into the second-story bedroom. “The guy was in the mask and his gun was like… ‘Look at me,’ you know? His eyes made me so scared. They run to the restroom. Pop screamed, ‘What?!'”

Rose went on to tearfully recall how Pop Smoke was taken out of the bathroom by the armed intruders, and after a brief commotion, she heard the fatal gunshot ring out. Elsewhere in the episode, Rose admitted she has trouble sleeping at night and is still shocked that she survived the home invasion that claimed the 20-year-old rapper’s life.

Amelia Rose previously shed light on Pop Smoke’s death when she told police that a group of masked men “stormed through the curtains of a second-story balcony,” with one of the men pressing a black semiautomatic firearm to her forehead and shouting: “Shut the fuck up. Do you want to die?”

“She heard a struggle coming from the shower area and heard [Pop Smoke] screaming,” LAPD Detective Christian Carrasco testified during a court hearing in 2021. “[Pop Smoke] ran out of the bathroom and then she heard a loud pop and [heard] [Pop] fall to the ground. Two other individuals began to kick him.”

Carrasco added: “[Pop Smoke] gets up and run downstairs. She hears two more pops. She follows [Pop Smoke], sees him on the ground and screams for Michael [Durodola, Pop Smoke’s friend] to call 911.”

Four men have been charged in the rapper’s murder, including the alleged killer who was just 15 years old at the time. Police believe the motive behind the attack was to steal Pop Smoke’s diamond-encrusted Rolex and Cuban link chain. They only managed to swipe his watch and later sold it for just $2,000.

One of the suspects, 21-year-old Corey Walker, confessed to a cell mate that the crew only found out about Pop Smoke’s whereabouts from his social media. Prior to the shooting, the rapper posted an Instagram Story of designer bags showing the address of his Airbnb on the packaging.