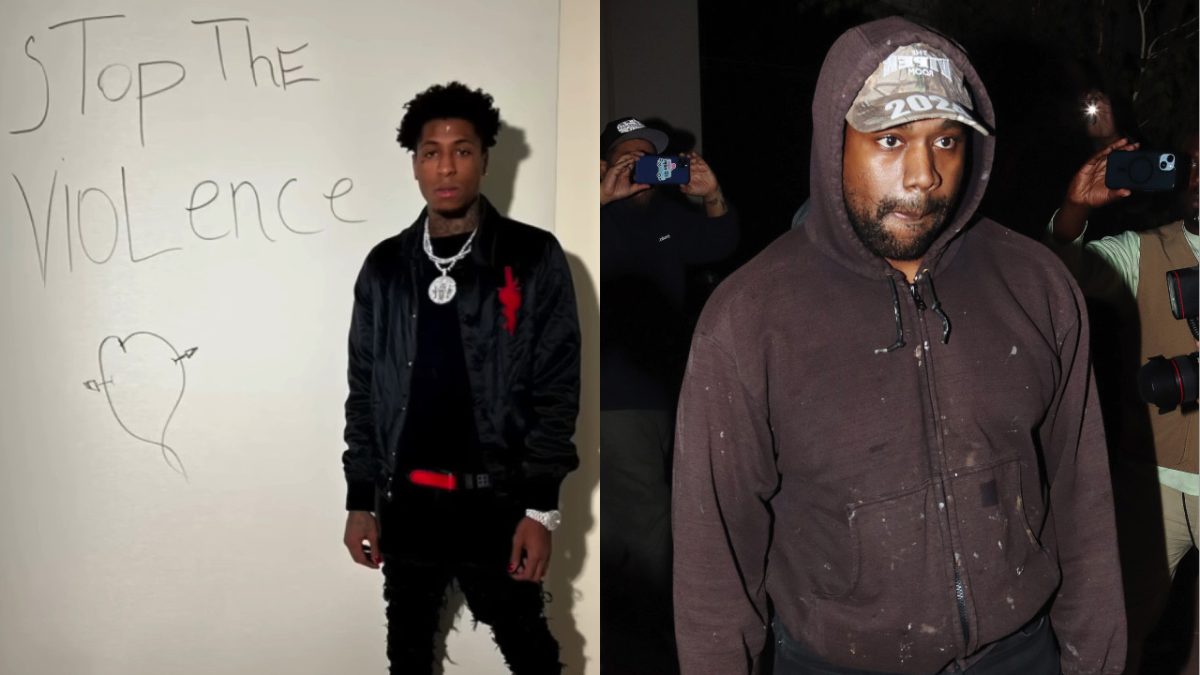 NBA YoungBoy is standing by Kanye West, even while many others have parted ways with the embattled artist.

In an upload to his YouTube account titled “This Not a Song, This For My Supporters” on Saturday night (December 3), YoungBoy goes in for over eight minutes and sends his support to Yeezy.

“And, it hurt my heart that Kanye let them people break his soul / How the fuck that go? N-gga, stay in yo’ home! / N-gga, hold your ground! You strong!”

The cover art features the Baton Rouge rapper’s “Stop the violence” message he’s been spreading as of late.

And while he’s sticking by Kanye, many other friends and collaborators have publicly distanced themselves amid his recent Hitler-praising comments.

“Genius does not mean smart,” Questlove wrote on Twitter on Thursday (December 1). His tweet was reposted on Instagram by The Shade Room, where Jamie Foxx entered the comments section.

“Say it louder for the people in the back,” Kanye’s “Slow Jamz” collaborator wrote. “But for whatever reason we keep giving these so-called geniuses the microphone.”

Even Mike Dean, who Ye has worked closely with for many years, reposted a message from Swedish House Mafia’s Steve Angello on Instagram and added Ye’s song “Power” to make his intended audience clear.

But while Akon also disagrees with Ye’s opinions, he’s taking a bit of a different stance.

“I clearly do not agree with Kanye’s remarks about Hitler. I am simply saying that everyone should have the right to their own opinion,” he recently said in a tweet where he shared an interview further elaborating on his take. “Doesn’t mean we will always agree.”