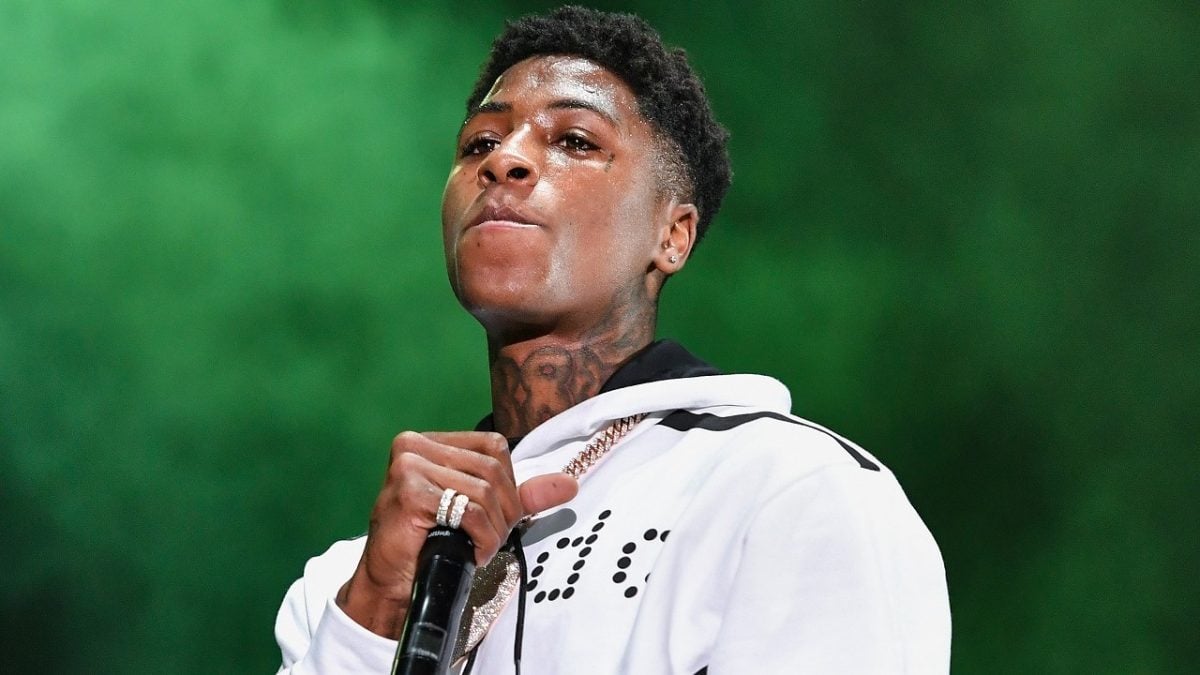 NBA YoungBoy has been on the receiving end of some unwanted attention from a woman who stopped by his house unannounced — and his sister is not pleased.

The rapper’s younger sister, singer Teelee, recently shared a photo of what appeared to be a screenshot from a surveillance camera. The image showed a woman standing in front of a building, presumably at the entrance, holding a bouquet of flowers and a plastic shopping bag.

In the caption of the since-deleted post, Teelee offered the woman a clear and stern warning, while revealing that this was not the first time the unknown fan had made her way to NBA YoungBoy’s home.

“What tf is wrong with this girl,” she wrote, “this her second time sowing up to my brother house unwanted !! He don’t know you, we dont know you your not welcome you trespassing!!!! Don’t know what message she trying to send but …… You not safe and won’t make it off his property a 3rd time! You not gone leave in one piece!!!!”

NBA YoungBoy’s sister warns stalker after she shows up to his house bearing gifts 😳https://t.co/52WCdDsvQr pic.twitter.com/MFBcn6fAiO

NBA Youngboy, who recently deleted his personal IG page, has not addressed the situation on the official Never Broke Again, LLC account, as he has with previous grievances.

Earlier this year, the rapper was the target of a similar invasion of privacy, after fans discovered his childhood home on Google Maps. According to HotNewHipHop, fans were able to confirm the address of the Baton Rouge home because YoungBoy Never Broke Again had, at one point, been captured by one of the roaming cameras which periodically update the app’s “street view” feature.

It’s unclear where the house the woman allegedly stalking the Ma’ I Got a Family rapper attempted to enter is located. But NBA YoungBoy (real name Kentrell Gaulden) has been serving out a house arrest sentence in Utah since October of last year.

In July, YoungBoy’s legal counsel filed a motion to modify his bail order from October 2021. The lawyers requested their client be released from house arrest as soon as possible since he was found not guilty of the very charge that initially freed him from a cell and bound him to his home.

“Since the Court authorized the defendant’s release, two key events have transpired causing a material change in circumstances,” the documents read. “First, this Court has suppressed critical aspects of the Government’s case casting doubt as to whether the weight of the admissible evidence favors the Government.”

They continued: “Second, [NBA YoungBoy] was acquitted in a parallel prosecution concerning the firearm found inside of his car when he was arrested on the underlying warrant in this case. As such, we believe that a modification of bail is in order and that the current release conditions are more onerous than necessary to assure his appearance or protect the commencing from danger.”

Despite being stuck at home, NBA YoungBoy has remained very active this year. The Baton Rouge native has already delivered five projects in 2022, including his fourth solo studio album, The Last Slimeto. This year also saw the arrival of a collaborative project with DaBaby in March, and Quando Rondo in November.

The onslaught of music puts NBA YoungBoy on track to meet his goal of releasing 10 projects this year, which would place his output above mixtape legends like Lil Wayne, Curren$y and Gucci Mane.