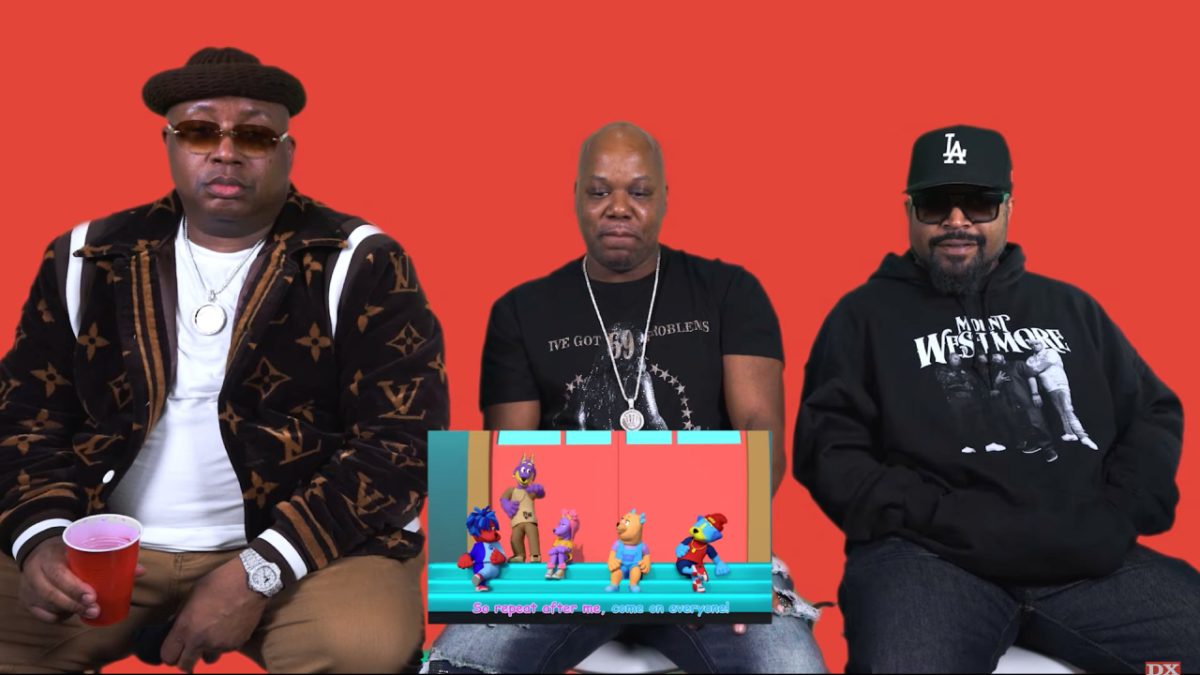 Mount Westmore have given Snoop Dogg his flowers, praising their fellow super-group member for his new children’s show Doggyland.

In a sitdown with HipHopDX, E-40, Too $hort and Ice Cube were shown a clip from the YouTube series, which hears Snoop rapping about how children’s feelings are valid and should be expressed.

“Even adults need that,” E-40 said in response to the clip. “That’s very positive and you know, when you get to a certain age and you look back and you know, Snoop got grandchildren and everything. This is positive energy right there because a lot of kids they really be depressed. A lot of kids are depressed.”

“The new Snoop? With that right there? I love that shit myself for real,” Too $hort said, before Ice Cube added: “At the end of the day, we always gotta look at the next generation.”

Cube continued: “I did a few kid’s movies back in the day, and at the end of the day, the kids they are the future. We can’t just look past them. We gotta look to them and give them entertainment too. I trip off people who wanna clown when you do something for kids, like they hate kids.

“I like kids, you know what I’m saying? So at the end of the day it’s really all about trying to do something positive for them and not just always doing the hardcore shit for the grown-ups.”

“You know what it is. Mount Westmore — you got the four pillars of West Coast Hip Hop. We are down with Gala Music,” Cube said at the time of the Bad MFs release. “We are coming out with that Mount Westmore Bad MFs album. There is going to be new music, new experiences, shows, everything that the Westmore got, baby, you gonna get it.”

The album arrives two years after the group first formed – with HipHopDX breaking the news after obtaining an exclusive clip from MC Serch and Too $hort.

The newly formed group dropped off their latest single “Activated” last week,  and also shared the full tracklist for the album, which will sport an additional feature from P-Lo.