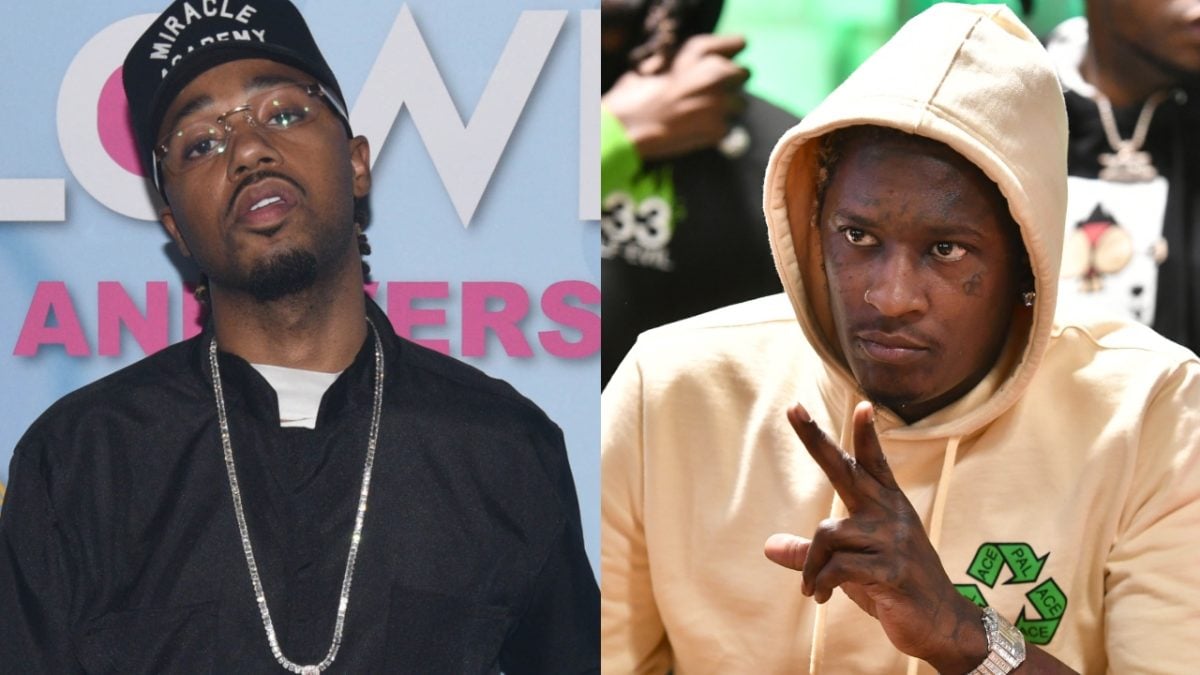 Metro Boomin has said Young Thug has his head up despite his ongoing RICO case.

During an interview with DJ Drama’s The Streetz Iz Watching podcast, the Heroes & Villains super producer said he’s spoken to the YSL leader a few times, and that he’s remained optimistic in the wake of his serious RICO case.

He continued, “The day he got locked up he was supposed to be in the superhero video. He had a whole scene set up where he was gonna say the tag and do some other shit. I remember talking to him on the FaceTime, he was like, ‘yeah I’m finna pull up.”

Metro went on to say that they got word of his arrest while they were waiting for him to show up, about 45 minutes after he was supposed to arrive.

“Man that’s my brother I love him to death and he done helped me a lot with a lot of stuff that I been going thru this past year,” Metro continued. “And on my faith I’m confident that he’s gonna be alright.”

Metro’s update comes after Young Thug and one of his co-defendants in the YSL RICO case were accused of delaying the jury selection process by exchanging drugs while court was in session.

“Defendant Kahlieff Adams stood up from his chair inside courtroom 1c and walked unattended to where defendant Jeffery Lamar Williams aka Young Thug was seated at counsel table next to his attorney,” the motion read.

The entire incident was captured on closed-circuit cameras inside the Fulton County Superior Courthouse, and following the exchange, a Fulton County Sherriff’s deputy asked Thugga to open his hand to reveal the pill. The deputy then attempted to search his co-defendant, who initially resisted. The deputy found additional Percocet pills, marijuana, tobacco and other unspecified contraband hidden on his person.

This is just the latest bit of bad luck to befall Thugger as his trial gets underway. On the fifth day of jury selection, his lawyer Brian Steele claimed that another potential juror in his client’s ongoing RICO case attempted to reach out to him via email. While the contents of the message weren’t disclosed during the hearing, it was enough for the judge to order an investigation.