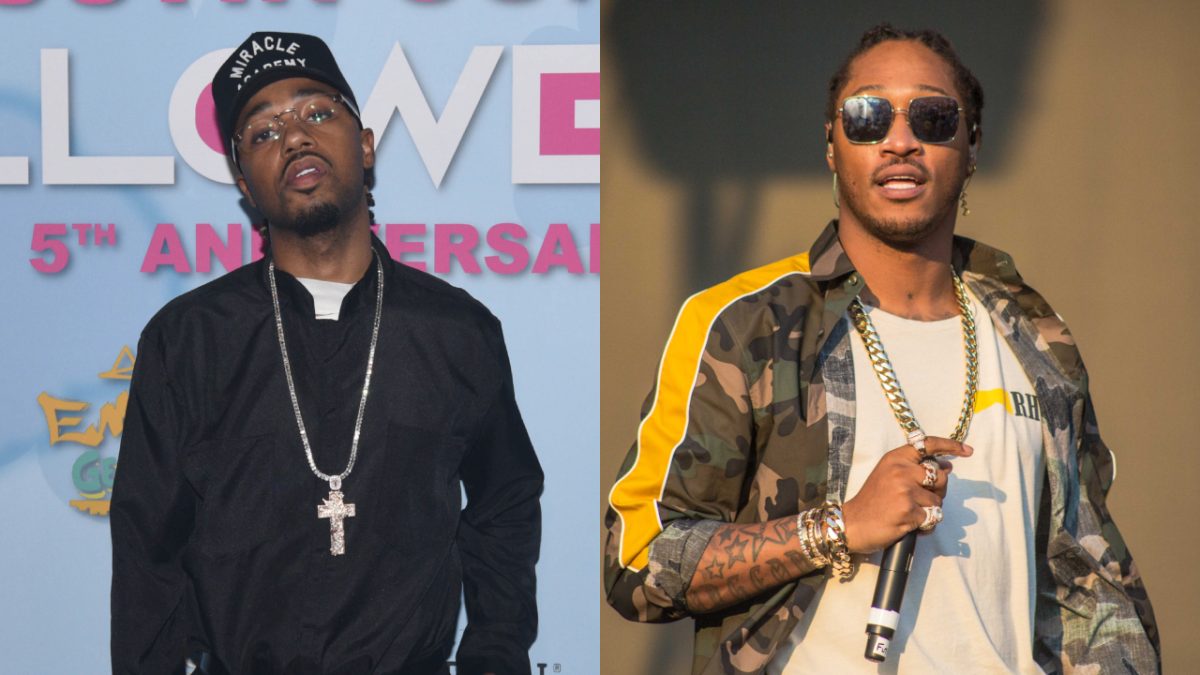 Metro Boomin has opened up about why he didn’t produce any tracks on Future‘s ninth studio album I NEVER LIKED YOU.

In an interview with Ebro Darden to promote his album, Heroes & Villains, which dropped on Friday (December 2), Metro Boomin spoke about his prolific relationship with Future, and said he didn’t appear on Pluto’s latest album because he didn’t want to mess up a good thing.

“Let me tell you why. [Future] actually finished most of the album at my studio in LA,” Metro said. “That’s my brother, but we’re working on some things. At first, we were going to put a couple of songs with me and him on the album, but we had took them off because I had talked to him.”

He continued: “I was like, ‘Look, the last time anybody’s really heard a song from me and you was ‘Mask Off.’ So instead of us randomly throwing one or two songs we did on here, we got to wait and just give them a joint.'”

“Mask Off” remains one of Future’s biggest hits, and in August was certified 9x platinum by the Recording Industry Association of America (RIAA). The pair have also linked up for Future’s hits “Honest,” “Wicked,” “Where Ya At” and “Jumpman” featuring Drake.

Young Metro’s Heroes & Villians, which features appearances from Future, John Legend, The Weeknd, Young Thug, Gunna, A$AP Rocky and others, arrives amidst a heartbreaking year for the St. Louis native.

As previously reported in June, Metro’s mother Leslie Wayne was shot and killed by her husband, who then turned the gun on himself. Law enforcement discovered Wayne’s body in an area outside of Atlanta.

Metro hosted a memorial service honoring his mother on June 18, and dedicated his sophomore effort to her.

“This don’t even feel like real life no more it’s like a nightmare that never ends and starts over every time I wake up,” Metro wrote in an Instagram Story with multiple heartbreak emojis. “My mom was and still is my best friend in the universe and anybody who really know me know I’ve always been a momma’s boy my whole life.”

Heroes & Villians is apparently one of a few projects Metro has in the works. He told Ebro Darden he’s also hard at work on a So Icey Boyz collab with Southside.

“That’s my twin,” he said of Southside. “So Icey Boyz, that’s our production duo inspired by the whole Neptunes concept. That’s one of those things. I got a lot of stuff lined up, like this Heroes & Villains, after the hiatus. I spilled the beans, but yeah, So Icey Boyz, that’s going to be incredible.”