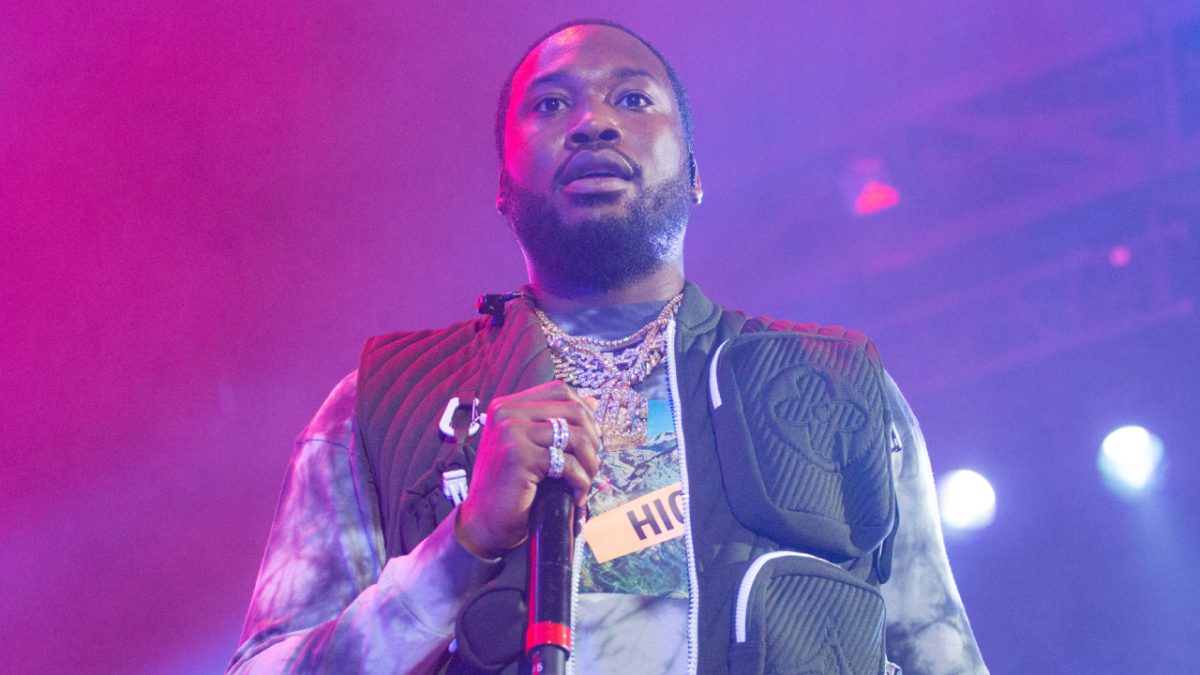 Meek Mill has shared some thoughts on Thanksgiving, claiming it’s a “fake” holiday that shouldn’t be celebrated.

As families get ready to enjoy some Turkey on Thursday (November 24), the Philly rhymer, who was fielding questions on Twitter about his new Flamerz 5 mixtape, said he’ll begrudgingly be engaging in the national holiday this year.

“Thanksgiving fake…. The pilgrims killed the Indians I still remember them books from school horrible I got Indian friends,” Meek Mill tweeted.

Thanksgiving fake …. The pilgrims killed the Indians I still remember them books from school horrible I got Indian friends …. My family might link up! https://t.co/3zHDeiVN3Q

While the Dreamchasers leader doesn’t seem to be a fan of the holiday, he has celebrated Thanksgiving multiple times before. In 2013, he most notably hosted his first “Dreamchasers Thanksgiving,” where he gave away free Turkey’s to 600 families in his hometown of Philadelphia.

“Philly raised me and made me into the man I am today, so to do the first annual ‘A Dreamchaser’s Thanksgiving’ was an obvious thing to do,” Meek Mill said in a statement at the time. “I’m blessed to be in a position where I can make sure that as many people as possible have a meal on Thanksgiving, so that they can be with their loved ones to enjoy the holiday.”

The Dreamchasers event became an annual affair, and Meek committed to it even while behind bars for his parole violations in 2017.

“I applaud Meek Mill for taking the initiative to give back to his home town,” Philadelphia Mayor Nutter added in a statement at the time. “Gathering together with family and friends around a shared meal is one of the most important aspects of the holiday season.

“It is important to give thanks for all that we have, and I am proud that one of Philadelphia’s own is donating his time and resources to make sure families in our city can do just that.”

Meek Mill dropped off his Flamerz 5 mixtape on Monday (November 21), which found him rapping over some of this year’s signature beats including GloRilla’s “Tomorrow,” DJ Khaled’s “GOD DID” and Ice Spice’s “Munch (Feelin’ U).”

In a series of tweets before the release, Meek explained his reasoning for keeping F5 off streaming sites – and noted label interference with his money as the main reason.

“When a label gave me a plaque I thought they was tryna trick me lol … show me the financials that my art made … that other shit a mental trick,” he explained. “Give me a plaque with how much my song made and how much I got paid … I’m shying away from that whole system it’s not for us!

“I don’t want FLAMERZ 5 on no streaming service …. This strictly underground music … billboard can’t rate it,” he continued. “Just rate the music ….I’d bet you a million I can make the UnitedStates/world play it with one upload button .. been doing it since MySpace lol”

He added that the project was recorded in just 10 days and that his new album will arrive at the top of 2023.