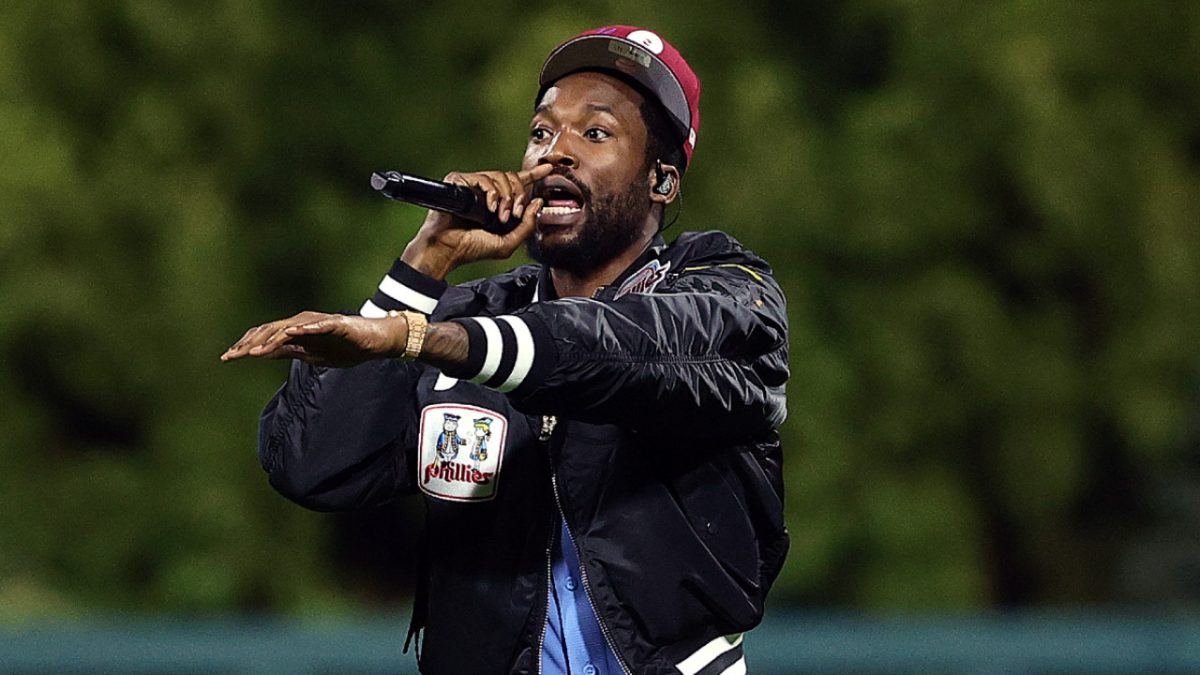 Meek Mill has officially released his FLAMERZ 5 mixtape, but keeping true to his word, you won’t be able to find it on streaming services. For now, at least.

The project dropped on Monday (November 21) via YouTube and mixtape websites like AudioMack and DatPiff. Taking it back to the heyday of mixtapes that had no record label involvement and no sample clearances, Meek goes in over beats like GloRilla’s “Tomorrow,” DJ Khaled’s “God Did,” Ice Spice’s “Munch (Feelin’ U),” Lil Wayne’s Dedication 2 classic “Cannon” and more. Features on the 15-track effort include Vory, Fridayy, Tafia, Yung Ro and Kur.

In a series of tweets before the tape’s release, Meek explained his reasoning for keeping F5 off of streamers – and label interference with his money was the bottom line.

“When a label gave me a plaque I thought they was tryna trick me lol … show me the financials that my art made … that other shit a mental trick,” he explained. “Give me a plaque with how much my song made and how much I got paid … I’m shying away from that whole system it’s not for us!

“I don’t want FLAMERZ 5 on no streaming service …. This strictly underground music … billboard can’t rate it,” he continued. “Just rate the music ….I’d bet you a million I can make the UnitedStates/world play it with one upload button .. been doing it since MySpace lol”

It seems like his plan is working, as just shortly after dropping the tape, Meek tweeted he’d made a million just this week.

“I made like a million this week i ain’t dealing with that [label] shit they crazy lol,” he wrote. “nip was tryna sell mixtapes for a 1000$ i understand now he was ahead of me mentally forsure on that!”

I made like a million this week i ain’t dealing with that shit they crazy lol nip was tryna sell mixtapes for a 1000$ i understand now he was ahead of me mentally forsure on that! https://t.co/tH8B6A34Ag

He also revealed the project was recorded in just 10 days, and that his new album will arrive at the top of 2023.

I recorded that in 10 days with my homies picking beats of songs I fuck wit!!!

Meek’s FLAMERZ series helped launch his career when it began in 2008. The last installment, FLAMERZ 4, arrived in March 2010 and featured appearances from Black Thought, Freeway, Gillie Da Kid and more.