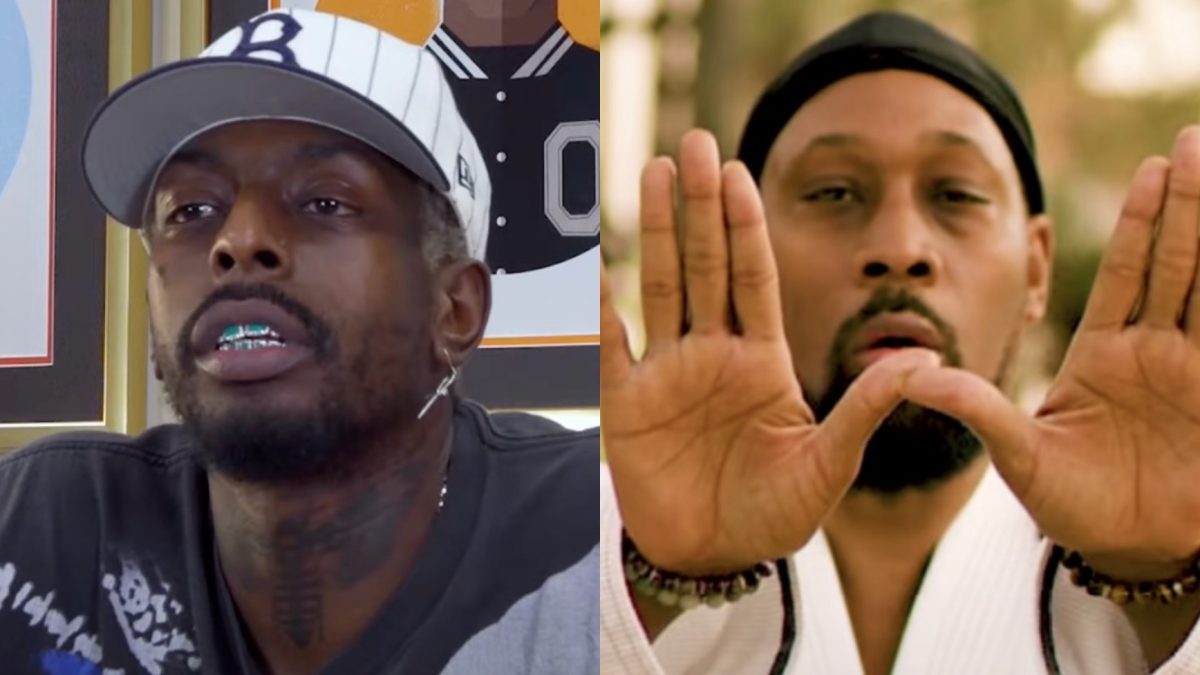 Meechy Darko has had plenty of experience working with RZA as part of the Flatbush Zombies, and he’s explained how it’s never not a surreal affair.

Sitting down with HipHopDX, the Brooklyn native, who released his debut solo album, Gothic Luxury, back in August, said studio sessions with the Wu-Tang Clan legend always live up to the hype but it’s still bizarre to have Bobby Digital asking for his opinion on certain matters or knowing things about him.

“He was what I thought he was gonna be,” Meechy Darko explained. “It was weird though just him talking and saying my name and talking to me and knowing shit about me. That’s always going to be a little jarring,” he said.

“It busted my head a little bit because I grew up listening to the RZA and watching those n-ggas. That, I don’t really get used to. Every time I have a phone call with him or see him I’m kinda like, ‘Damn, this is the RZA, this is crazy. I remember listening to these n-ggas when I was a baby.'”

Meechy Darko also explained how RZA exudes humility when it comes to soliciting his opinion in the creative process for their collaborations.

“Just hearing him he wants to know what our opinion is and what our thoughts are, like picking our brains,” he said. “It’s not so much, ‘I’m a legend, come in the room with me and learn something.’ It’s more like, ‘Let me ask you a question?’ … It’s a collaboration.”

The only regret Meechy has is that he didn’t actually get to play against RZA in a chess match while they were together.

In addition to their work with RZA, Meechy said Flatbush Zombies have about 40 songs in the stash, some of which are produced by James Blake.

Meechy Darko is currently on the road with Joey Bada$$ as a support act on the European leg of the 2000 rapper’s tour. They’ll be invading the UK, Switzerland, Germany, and more in the coming weeks.