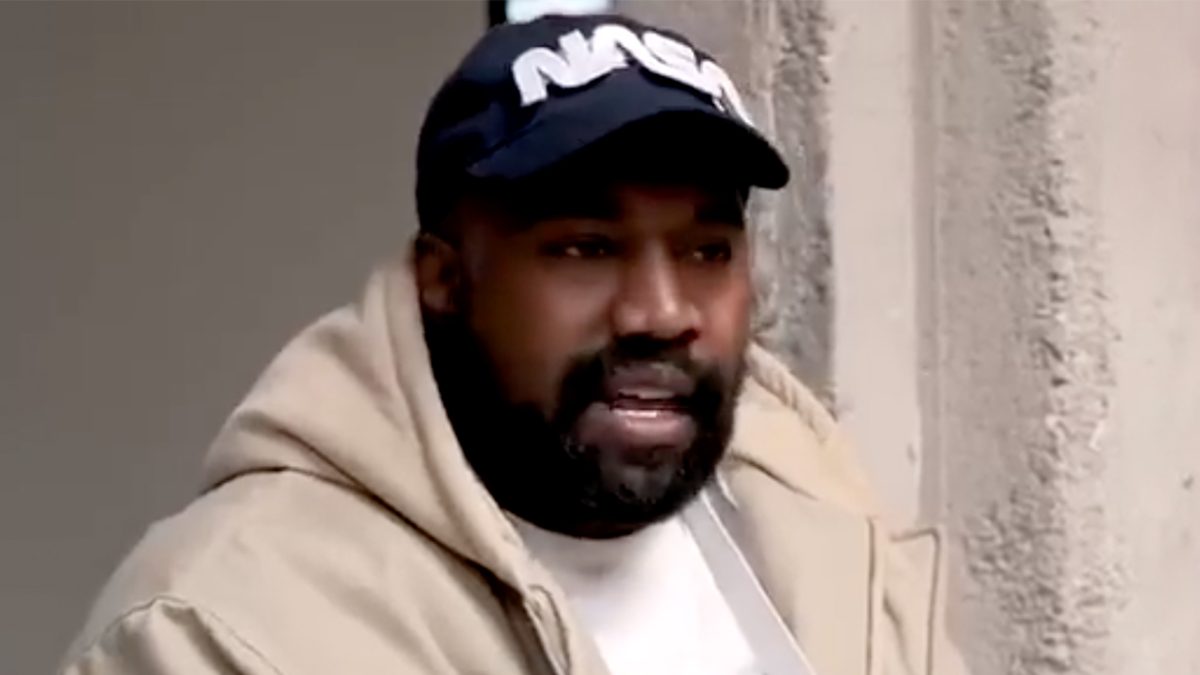 Kanye West claims Donald Trump insulted him and his ex-wife Kim Kardashian during his recent meeting with the former president at his Mar-a-Lago.

The Chicago rapper took to Twitter on Thursday (November 24) to share a video of him recapping his visit to Trump’s Florida estate. Stood next to Ye was alt-right political commentator Milo Yiannopoulos, who he recently hired to work on his own 2024 presidential campaign.

“I think the thing that Trump was most perturbed about [was] me asking him to be my vice president. I think that was, like, lower on the list of things that caught him off guard. It was the fact that I walked in with intelligence,” he said, referencing the prominent (yet problematic) political figures he’s assembled around him.

Kanye West went on to reveal Donald Trump was “really impressed” with controversial white supremacist Nick Fuentes, who the G.O.O.D. Music founder traveled to Florida with, while asking him why he didn’t free those who stormed the Capitol Building on January 6, 2021.

“So Trump is really impressed with Nick Fuentes, and Nick Fuentes, unlike so many of the lawyers and so many people that he was left with on his 2020 campaign, he’s actually a loyalist,” Kanye said. “When he didn’t know where the lawyers is, you’ll still have your loyalists.

“And when all the lawyers said, ‘Forget it, Trump’s done,’ there are loyalists running up in the White House, right? And my question would be, why, when you had the chance, did you not free the January sixers?”

He continued: “And I came to him as someone who loves Trump. And I said, ‘Go and get Cory [Booker] back, go and get these people that the media tried to cancel and told you to step away from.’ He basically gives me this would be mob-esque kind of story, talking to some kid from the Southside of Chicago trying to sound mobby or whatever.

“He goes into this story about all that he went through to get Alice Johnson out of jail and how he didn’t do it for Kim, but he did it for me.”

Toward the end of the video, Kanye West claimed Donald Trump called Kim Kardashian something explicit before screaming at him and telling him he’s going to lose in the upcoming presidential election.

“But then he goes on to say that, ‘Kim is a [bleep], you can tell her I said that,'” he said. “And I was thinking like, ‘That’s the mother of my children.’ Since we and all the Christians in America that love Trump, know that Trump is a conservative, we’re gonna demand that you hold all policies directly to the Bible.”

He added: “When Trump started basically screaming at me at the table telling me I was gonna lose. I mean, has that ever worked for anyone in history? I’m like, ‘Woah woah, hold on, hold on, Trump. You’re talking to Ye.'”

According to a report from Timcast that Kanye shared on Twitter, Trump called Kardashian “disgusting” and grew “angry” with West during the meeting.

Earlier this week, Kanye West announced he was officially running for president of the United States in 2024. He previously ran in 2020 and conceded in November of that year after receiving roughly 70,000 votes across 12 states.