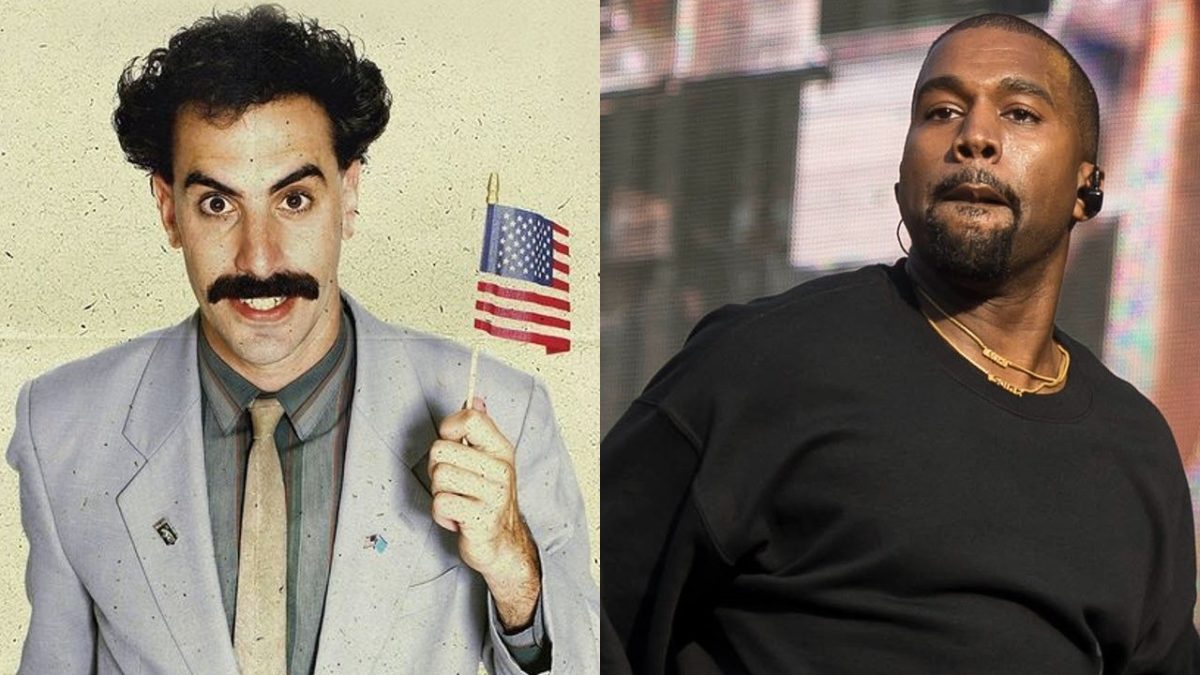 Kanye West has been mocked in yet another comedy skit, this time by British actor Sacha Baron Cohen in a bit featuring his popular character Borat.

The fictional Kazakh journalist made an appearance to honor U2 at the 2022 Kennedy Center Honors on Sunday (December 4). At one point during his speech, Cohen, who is Jewish, turned his attention squarely on antisemitism, addressing Ye and former president Donald Trump, The Guardian reports.

“Before I proceed, I will say I am very upset about the antisemitism in US and A,” he quipped. “It not fair. Kazakhstan is No 1 Jew-crushing nation. Stop stealing our hobby. Stop the steal! Stop the steal!” Some guests burst into laughter while others sat in uncomfortable silence.

“Your Kanye, he tried to move to Kazakhstan and even changed his name to Kazakhstanye West,” he continued. “But we said: No, he too antisemitic, even for us.”

President Joe Biden and first lady Jill Biden are said to have laughed at Sacha Baron Cohen’s skit, which reportedly made some in the audience uncomfortable.

Kanye West was banned from Twitter for a second time on Friday (December 2) after sharing a photo of a swastika inside the Star of David, a symbol of the Jewish faith. Despite considering himself a “free speech absolutist,” Twitter owner Elon Musk announced that Ye’s tweet violated the company’s policies.

The tweet and suspension followed Kanye West’s latest controversial interview, during which InfoWars host Alex Jones asked him to elaborate on his recent string of anti-Semitic claims, and how those claims inaccurately painted Kanye as a Nazi.

In the wake of his latest controversial actions, a Reddit forum considered the official Kanye West subreddit is now home to a number of posts sharing facts about the Holocaust and decrying Ye’s recent antisemitic statements.

The posts consist of a combination of meme’s and jokes — including a screenshot of a fake tweet from Coca-Cola’s official Twitter account promising to put “the cocaine back in [their] formula” in exchange for everyone agreeing to ignore West. More serious replies include informative shares providing information about the impact of the Holocaust and facts about how the Jewish community is currently affected by antisemitism.