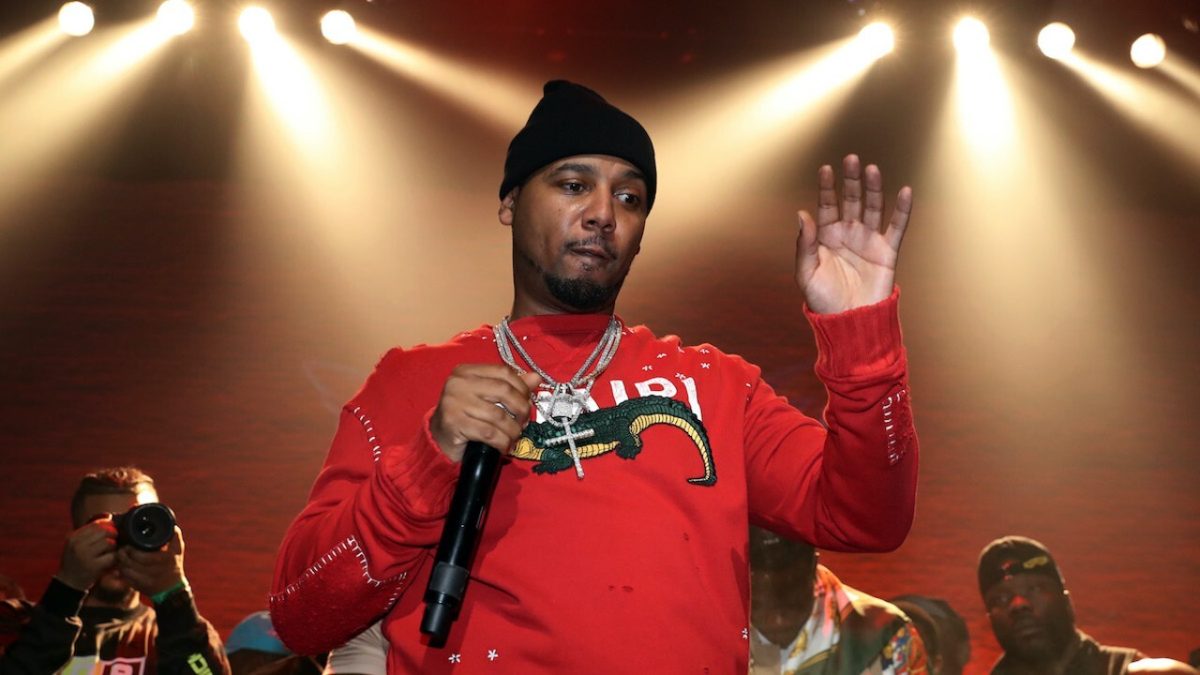 Juelz Santana feels like his early endorsement of streetwear brand Supreme should have wound up being more fruitful.

On an episode of the No Jumper podcast, Juelz and Jim Jones arrived to find host Adam 22 wearing the iconic 2006 Supreme shirt that features the two Dipset rappers also wearing Supreme.

As they discussed how the shirt came to be, Jim Jones explained that neither of them even knew about the brand until they were contacted about posing for the shirts. Jones recalled being offered $15,000 to drop everything and pose for the shirts on the same day.

He explained that he later realized that Supreme had a much better understanding of Dipset’s influence than the Harlem rappers themselves.

“I just wish we knew that factor of it,” Juelz Santana chimed in. “At the time we didn’t know that and they were allowed to capitalize on us. I don’t hold no grudges, but I do think we should be a little bit more… It’s not about money for us or ‘Y’all owe us;’ if y’all wanna throw us something, you know what it is, we here.”

At minimum, Juelz said he felt the brand should still be compensating them for popularizing Supreme in the Hip Hop space, adding that he would be happy with just receiving free clothes from the brand.

This isn’t the first time Supreme’s perceived slight has been discussed. According to GQ, Jim Jones dedicated an Instagram post to his beef with the brand back in 2018.

“They owe us piece of th [sic] company,” Jones wrote at the time. “Rappers n my black people had no idea wht Supreme was…they new who dipset was lol.”

The article goes on to point out, however, that Juelz Santana and Jim Jones got the same treatment as the countless other celebs who have been asked to pose for Supreme portraits over the years: a one time fee with no residual compensation of any kind.

Meanwhile, Juelz Santana is back in his music bag in a big way, so much so that he’s announced a brand new project that he’ll be dropping next month.

The Dipset rapper posted a video on Instagram last week showing him sat behind a mixing console in the studio and smoking a blunt while a new song featuring A Boogie Wit Da Hoodie blares through the speakers in the background.

The track, which finds the Bronx crooner interpolating 50 Cent’s “Many Men,” is set to arrive this coming week, followed by the full project in December.