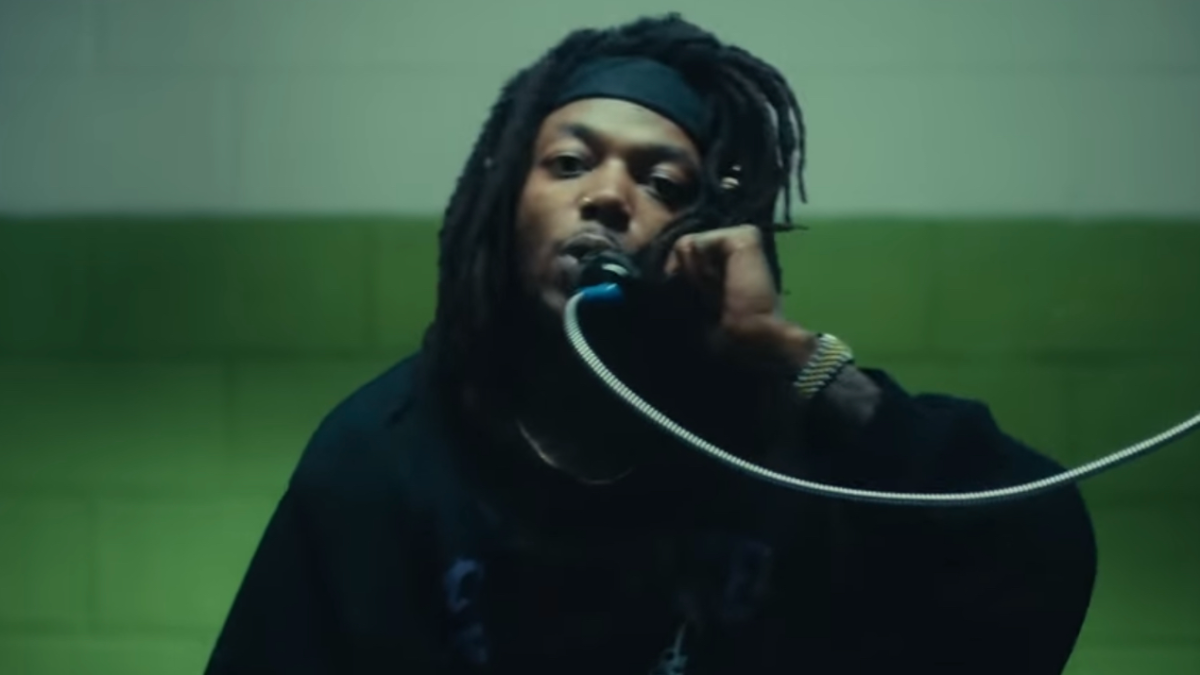 JID has revealed that a lyric on the song “Money” from his latest album, The Forever Story — which dropped in August — is almost 10 years old.

On the red carpet of the American Music Awards last month, JID stopped to have a chat with HipHopDX and was asked which lyric on the new album is his oldest. It’s no secret that rappers use lines that are fairly old, and the Dreamville rapper is no different.

According to JID, there’s one specific line on “Money” that was written nearly a decade ago when he was just finding his footing in the rap game. “[It was] probably 2013,” JID said. “Just a line though. I be stealing lyrics from myself when they that good.”

He continued, reciting the line: “Money on my mind, more than most the time…it was from ‘Money.’”

The actual lyrics goes: “Look, n-gga, money on my mind more than half the time/ They put our mask on the money so I mastermind.”

“Money” is one of 15 records that make up JID’s third studio album, The Forever Story. The album was released in August and peaked at No. 12 on the Billboard 200 chart.

In November, JID unleashed a deluxe edition that included the song “2007” which didn’t land in the original after clearance issues prevented that from happening. The Atlanta, Georgia native took to his Twitter and revealed the album can finally be listened to in the right way.

“2007 is really out.. I’m up early really replaying TFS the correct way,” he tweeted at the time.

The Forever Story has also given JID a nomination for HipHopDX’s Best Rapper of 2022. He’ll be competing with the likes of Kendrick Lamar, J. Cole, Pusha T and NBA YoungBoy, all of which had productive outputs this year.

JID and J. Cole’s nomination shows how much of a powerhouse Dreamville is with its roster of talent. However, that team could’ve been very different had JID signed elsewhere — which almost happened. During an interview with The Breakfast Club, the DiCaprio 2 rapper revealed he and Earthgang almost signed with another rapper.

“I’m finna tell y’all a story. Me and EarthGang was about to sign – not ’bout to, we was not about to do it once we saw the deal – we got offered a deal from Rich Homie Quan,” JID said.

Charlamagne explained how a deal of that magnitude would have been a big moment for Rich Homie Quan, but JID said the deal itself wasn’t ideal.

“I don’t even remember specifically, but … straight crack sandwiches,” he said, referencing his “Crack Sandwiches” song off The Forever Story. He then clarified that he never spoke with Rich Homie about the deal, and instead just spoke with his people.