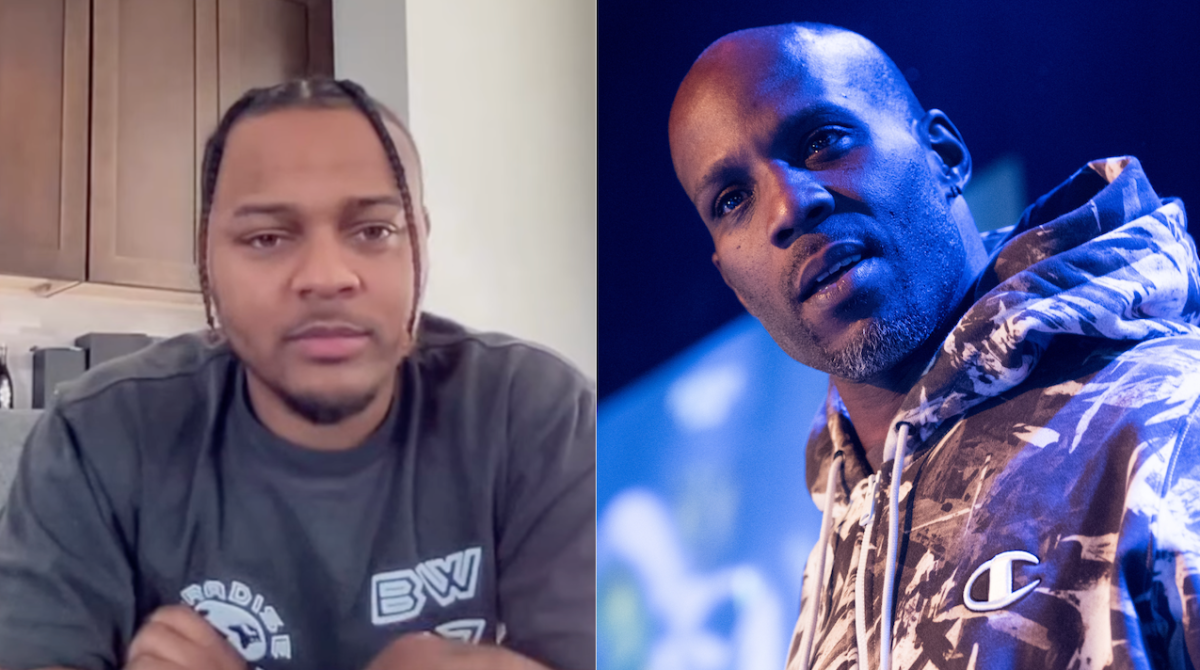 Bow Wow had DMX‘s support throughout his career, but he never realized that his movie Like Mike impacted X’s career as well.

The film, in which Bow Wow made his acting debut in 2002, features a scene in which the then-child star and actor Morris Chestnut rap along to the 1999 hit “Party Up.” And in a recent interview, the rapper, born Shad Moss, told HipHopDX that it wasn’t until after DMX passed away that he discovered the impact that scene may have had on the song’s success.

“I never knew that people’s first time hearing ‘Party Up’ was my movie, which was crazy,” Bow Wow said. “I didn’t notice that Like Mike did that for that record until he passed away. Because that record is so massive, it’s so big. It might be DMX’s biggest record of his career.

He continued: “So being that the record was already a monster hit, that’s why we put it in the movie. It’s like, ‘Y’all thought this was new?’ It’s a classic. Are you fuckin’ kinding me? You woulda never heard this DMX record, like where have you been?'”

Though “Party Up (Up In Here)” may have been a ubiquitous song on urban radio stations at the time of its release, the song was not certified Gold or Platinum by the RIAA until May of last year, a full month after DMX’s untimely death. The song was the second single from X’s third album, …And Then There Was X.

According to Billboard, “Party Up” was also one of three songs pushed back into the top 10 Hot R&B/Hip-Hop Songs following DMX’s April 2021 death, as grieving fans revisited the rapper’s catalogue. The song had previously peaked at the No. 8 position on that chart in 2000.

While they did speak in person on a handful of occasions, Bow Wow said he never had the opportunity to speak to DMX about his Like Mike scene. But ultimately, he’s glad that their careers influenced each other in that way.

“I never got the chance to, which would have been great to have that moment,” he reflected. “I met DMX a couple of times. He actually came to me and Chris Brown‘s tour in Phoenix. I believe that probably was the last time I saw DMX and that was a while ago.

“It was a great record for the scene,” he added. “I’m glad that DMX and Def Jam cleared that record for us to use.”

Since appearing in Like Mike, Bow Wow has gained equal recognition as an actor and television personality as he has as a rapper. On Wednesday (October 19), Bow Wow premiered in his 11th television credit premiered as host to BET’s new reality show After Happily Ever After.

The show places eight divorced couples in a house, with one of the former partners from each relationship looking to make a new love connection, and their ex serving as their designated matchmaker.

“Each week, the matchmaking exes will each select an available suitor to move into this house for their former spouse to date,” Bow Wow explains in the first episode‘s intro. “After 48 hours, the dater must decide if they’re gonna love ’em or leave ’em.”

On the music front, Bow Wow revealed earlier this year that, with Snoop Dogg‘s support, he intends to release his final solo album on Death Row Records.

“There’s a documentary coming with the album ’cause my last album’s going to be the soundtrack for the documentary,” Bow Wow told HipHopDX. “That’s kind of what me and Snoop was talking about. It helps to get that chance to come back home and bring it in full circle. He wants to do my project. He wants to be a part of it. He wants to produce with me.”

Keep checking HipHopDX for more from our exclusive interview with Bow Wow.