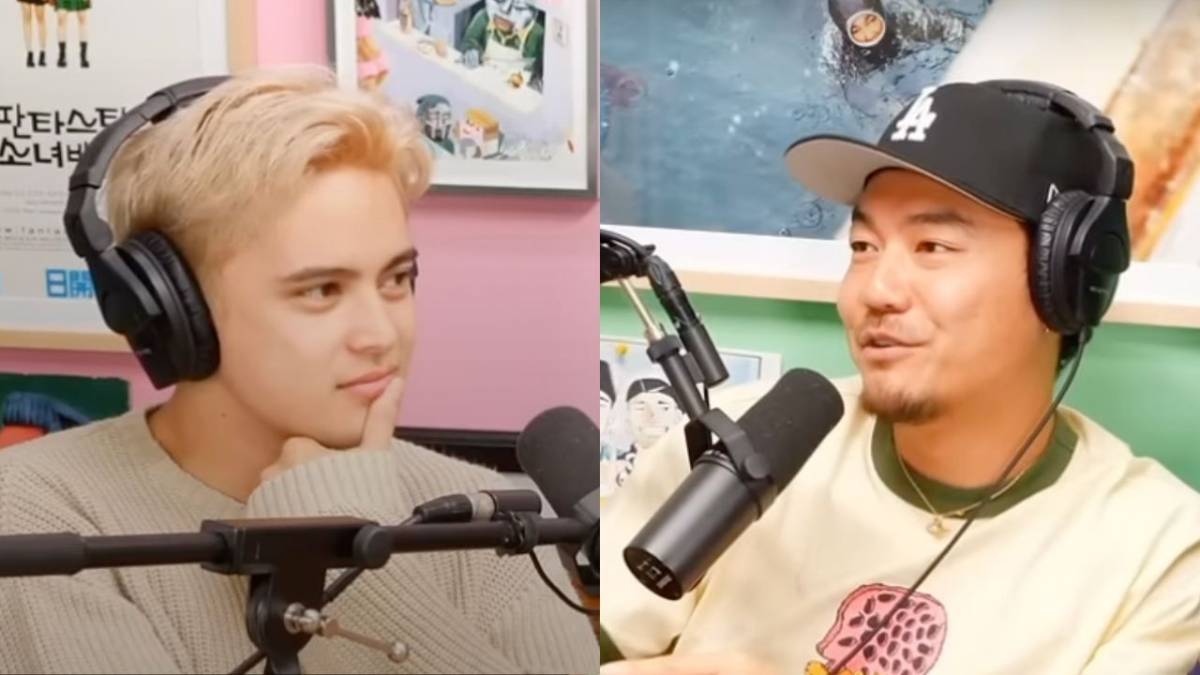 Filipino-Australian actor-singer James Reid talked about his sophomore album, lovescene:, his music and acting career in the Philippines, Jollibee, and Filipino culture in the latest episode of Fun With Dumb podcast.

Joined by hosts Korean-American hip hop artist Dumbfoundead, Steffie Baik, and the Year Of The Ox’s Lyricks, James Reid shared about his early beginnings in the Philippine entertainment industry as a contestant (and eventual winner) of the local franchise of Big Brother in 2010.

Reid got candid about how his experience with fame, describing how “backwards” it felt for him in terms of career trajectory: getting famous first before figuring out what he wanted to do next. He then started out his music career then made several rom-coms as one-half of JaDine (the ship name for Reid and his on-screen—and former off-screen—partner, actress-musician Nadine Lustre.

The 57-minute episode also briefly comments on James Reid’s experiences with love teams, explaining the phenomenon in the Philippines and how it became his start as an actor. He also spoke about his newest album. “So when I came out here this year, I had no idea what I was doing or like what I was supposed to do…I just wanted to experiment, to make some music. Then we made so many songs and I was like—I think I made like 35 songs, then I was like okay, maybe we should release some of them.”

Dumbfounded also commented on Reid’s fame following his victory on the reality show as being “lit,” and mentioned FlipTop’s record-breaking audience engagement as a prime example. “They got more views for their battles than any other language in the world,” Dumbfounded said to his co-hosts’ awe. “The support is crazy,” he added.

Elsewhere in the podcast, the hosts asked James Reid about his Filipino culture, including food, ‘love teams’, and his old Jollibee ad, as well as the fast food restaurant staple Chickenjoy being declared as the ‘best fried chicken in America’ by American food website Eater.com.