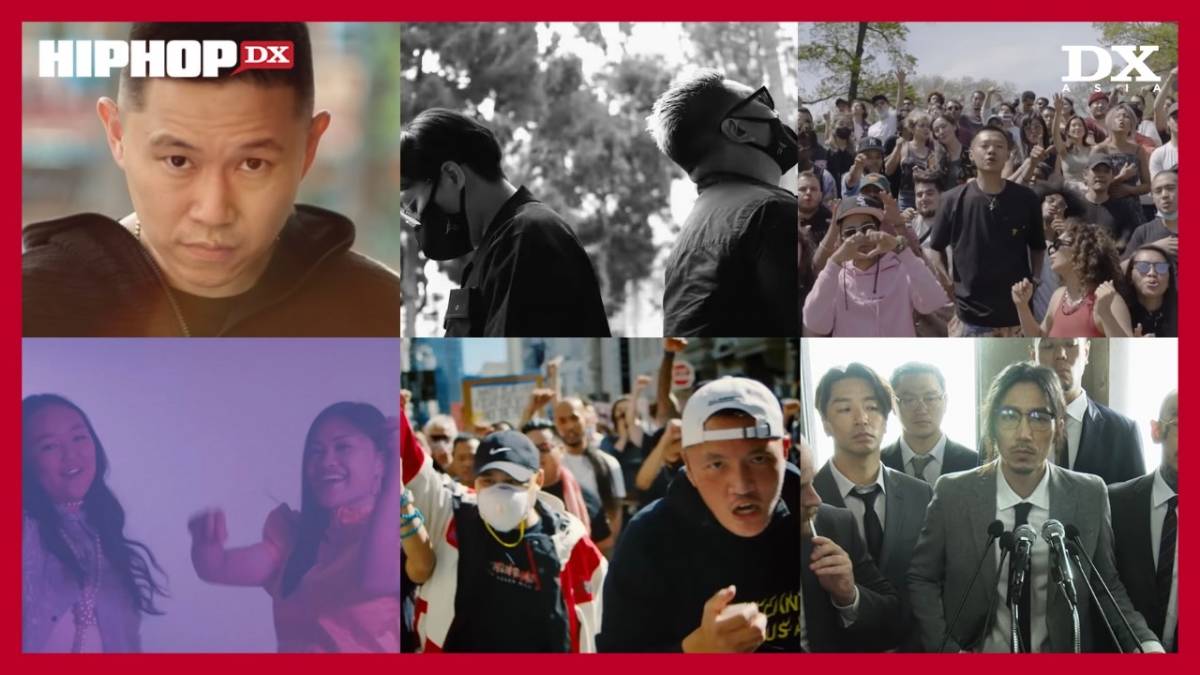 'They Can't Burn Us All': How Asian Rappers Are Combating Hate

As the international birthday of hip hop takes place this week (August 11th), HipHopDX Asia takes a look at how Asian rappers all over the world are not just pushing back on racism through their music, but also mobilizing others to do the same.

At the start of the COVID-19 pandemic in 2020, reports of an increasing number of hate crimes towards Asian communities, especially in Western countries dominated the news and social media. In May 2020, Human Rights Watch (HRW) released a statement calling on governments to “counter intolerance” as cases of anti-Asian sentiment, racism, and xenophobia soared. In the United States, HRW noted that former president Donald Trump’s use of the term “Chinese virus” “may have encouraged the use of hate speech in the US” and despite issuing a “tweet in support of ‘our Asian-American community,’ he has not directed any specific governmental response toward protecting Asians and people of Asian descent.”

According to a 2021 news segment by VICE News, anti-Asian hate crimes increased 149 percent nationwide from 2019 to 2020. However, in New York City alone, the number skyrocketed to an 833 percent increase, pushing the New York Police Department to form its own Asian Hate Crime Task Force.

However, the roots of anti-Asian racism run deep. Asian communities in the United States have dealt with a slew of not just social discrimination but also systemic ones, with multiple laws and policies being passed designed to undermine the rights of Asian immigrants and their families over the years.

Activists of Asian descent from different generations have stepped up over the years to push back against racism. Among the loudest and most passionate voices are hip hop artists. Chinese-American rapper China Mac is one of many who spoke out against Asian discrimination. In the heat of anti-Asian racism in the United States, he released “THEY CAN’T BURN US ALL” in 2021 after an elderly Chinese woman was set on fire in New York City. He said of the track, “Unity is the only way that we can survive and we can fix these problems.”

Other Asian-American hip hop artists like MC Jin (with Wyclef Jean) and Bohan Phoenix also released songs to address the uptick in hate crimes with their singles “Stop the Hatred” and “but i still love you,” respectively.

Korean hip hop icon Tiger JK follows with the deeply personal “Love Peace,” which he wrote after learning that his sister was told to “go back to your country.” The Drunken Tiger founder went on to say that the song’s central message is to call for unity and healing during these times.

He shared in a Rolling Stone interview that “Love Peace” came about after they “[Worked] on making music that will encourage and bring healing and then felt that not all songs needed to have a warm and positive message. Some songs are needed to help you release anger when you are frustrated.” He added, “We want a lot of people to listen to this song, get fired up, release that anger, receive healing, and become united together.”

Other rappers taking on anti-Asian racism include Japanese-American Lyrics Born and Filipino-American Cutso, who were shaken after the March 16 mass shooting in Atlanta. Six of eight victims were Asian women. They released “ANTI” with all proceeds of streaming going to the activist group, Stop AAPI Hate.

China Mac, YEAR OF THE OX, Lyrics Born, Cutso, Tiger JK, and Ruby Ibarra are just some of the rappers who have spoken out–and continue to speak out–about anti-Asian hate. Beyond touching on the issue of hate crimes, many artists have used music to talk about their experiences with internalized racism, beauty standards, and the like.

As we celebrate the birth of one of the most influential music genres in the world, we remember what hip hop is at its core: a music genre built on the experiences and histories of those who were–and still are–at the margins.