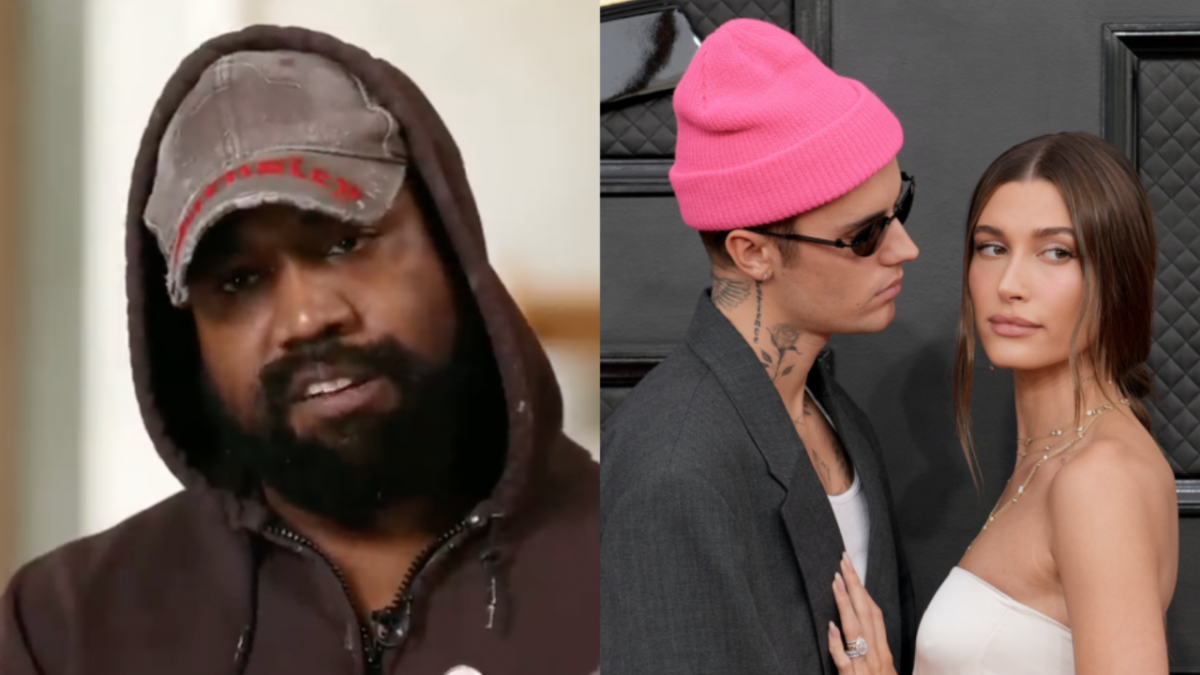 Kanye West has called out Justin Bieber over his wife Hailey’s support of Vogue editor Gabriella Karefa-Johnson following her criticism of his “White Lives Matter” shirt.

The Chicago rapper took to Instagram on Wednesday (October 5) to speak on his shirt overshadowing the “very well done” clothes that were on show during Paris Fashion Week, while telling Bieber to “get your girl before I get mad” at the end of the post.

“I wanna just let everybody know there was also some fashion this week,” he wrote. “Also there was a major thing called Fashion Week which really last a month and there were some very well done crazy overpriced clothes being shown. It wasn’t just about my paradigm shifting T shirt.

“Just kidding[.] My tee shit on every body’s showssss[.] Nothing happened but my T shirt[.] To the Arnaults that hire anybody that worked for me, remember my one T shirt took allllll the attention.”

He added: “Because you’re all fucking programed sheep aaaaaaaaand those boots Gab was wearing were fucking traaaaaaaaaaash[.] But I’m sure John Legend still wants a pair[.] And Justin get your girl before I get mad.”

Hailey’s message for Karefa-Johnson, which was posted on her Instagram Stories, read: “My respect for you runs deep my friend! To know is to adore you and to work with you is an honor. The most kind. The most talented. The most fun. The most chic.”

“The tshirts this man conceived, produced, and shared with the world are pure violence,” she wrote on her Instagram Stories. “There is no excuse, there is no art here … I do think if you asked Kanye, he’d say there was art, and revolution, and all of the things in that t-shirt. There isn’t.”

Kanye then mocked Karefa-Johnson by posting a photo of her with the caption: “This is not a fashion person. You speak on Ye imma speak on you. Ask Trevor Noah.”

Ye and Karefa-Johnson reportedly met up for dinner following their comments, with Kanye claiming they apologized to each other and agreed to disagree.

Speaking on the situation days later, Karefa-Johnson took to Instagram to reveal she was body-shamed following her spat with Kanye.

“I’ve fielded some serious volatility over the last couple days but nothing has been quite as bad as what people have said about my body and the way I look,” she said. “The fat phobia JUMPED out. Yes, I am fat. No, I am not humiliated to show up as my authentic self in the world.”