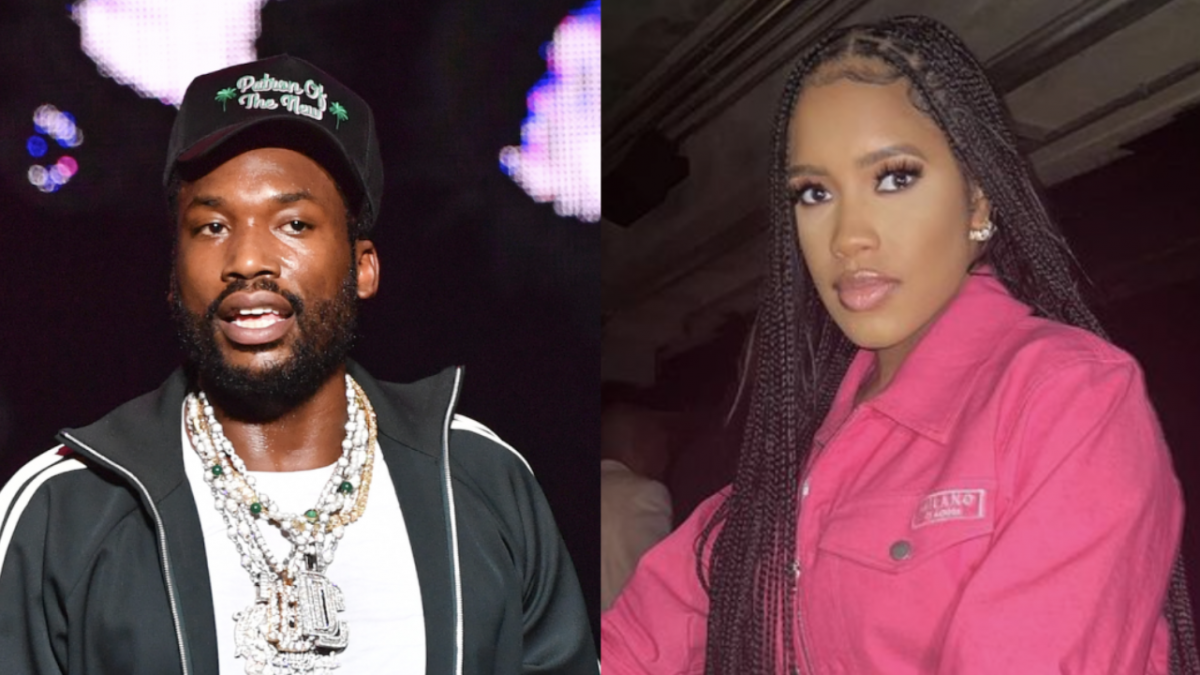 Meek Mill has voiced his displeasure with BET having his ex-girlfriend and baby mother Milan Rouge participate in a cypher at the 2022 BET Hip Hop Awards.

Airing on Tuesday night (October 4), the Philly spitter believes the network’s motive was “pure manipulation” and that Rouge was “setup” for “embarrassment” as the fashion designer gave her best shot at moonlighting as a rapper.

“Ion like ‘bet’ got my bm tryna spit bars for attention/clout,” Meek wrote to Twitter on Wednesday (October 5). “It’s like a setup embarrassment made to look like opportunity! and I’m with the “women hustler empowerment motion” but y’all drawin .. Pure manipulation.”

It wasn’t all hate on the Twitter timeline as one fan showed some love to Milan’s cypher. “Milano didn’t do bad on her cypher rap,” they wrote. “Let’s set the record straight.”

Meek Mill and Milan welcomed a child in 2020, which was his third and her first. They broke up shortly after in the summer of 2020. Milan is also known for being the head of her clothing line Milano Di Rouge.

The Dreamchasers boss hasn’t held back when it comes to criticizing the music industry. He recently blasted Atlantic Records for his low earnings when it came to his last album, Expensive Pain, which celebrated its one-year anniversary at the top of October.

“1 year Anniversary to the last album idk how money I made off it or had no control over the overall plan and I only made 13% off it lol,” he captioned the album’s cover art. “I’ma make 10m + off every album I drop from here on out.

“I was caught up in that slave shit that’s why I been taking long …… that shit still on this album! everything I do flames! they don’t really promote music with morals in that system … now it’s my go now ima crack the code on getting paid for rapping! #Expensivepain.”

He added: “Don’t show me plaques show me checks how much each song make ? shout to roc nation And @ninachanel pressed p on this.”

As far as new music goes, Meek Mill shared his first new track of 2022 last month in the form of “Early Mornings,” and he also teased a new collaboration with Lil Uzi Vert. He announced in September he would be releasing 10 new mixtapes starting that month, but so far nothing has materialized.

Last month, he tweeted his desire to perform at a wedding during the month of October to commemorate the LP’s double-digit milestone.