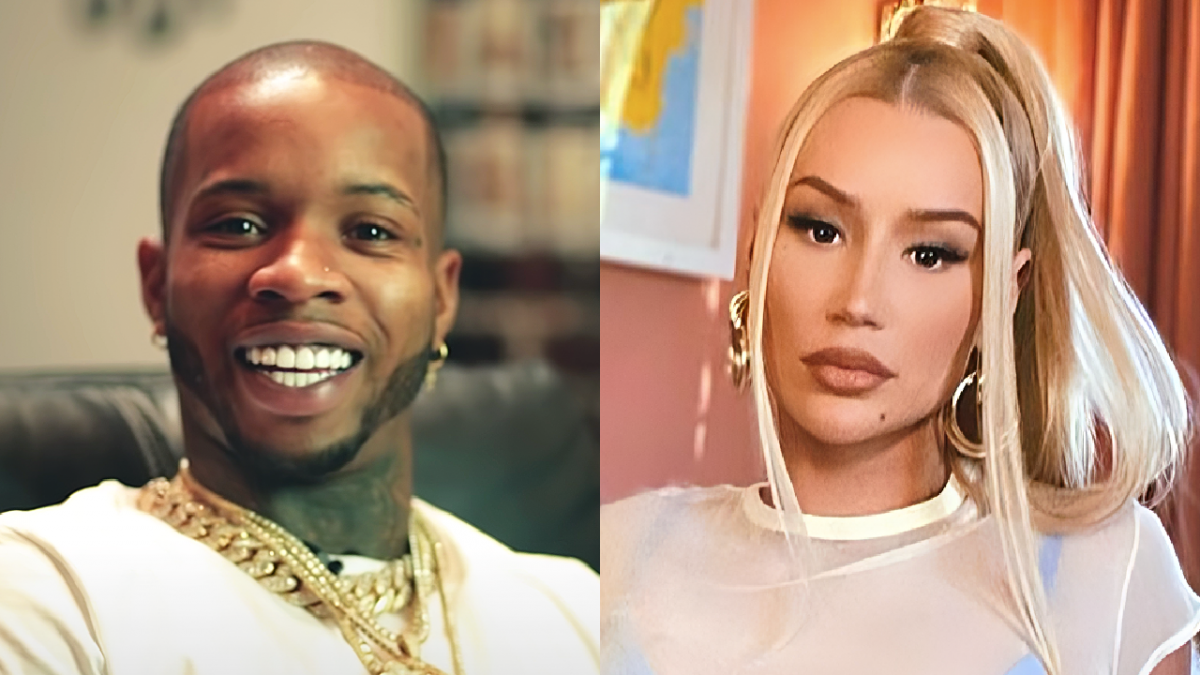 Tory Lanez and Iggy Azalea have yet to confirm that they are a couple, but they’ve continued to fuel the rumor mill following the release of Lanez’s latest project.

On Saturday (October 1), the rapper took to Instagram to share a gift he received in celebration of his seventh studio album, Sorry 4 What. The Reel first seems to show a bottle of wine, delivered in a case that is seen sitting on a board with a bunch of grapes and a corkscrew.

Lanez then proceeds to cut into the case, revealing that the gift was in fact a very realistic looking cake. He thanked Iggy in the text added to the clip, tagging her in the post’s caption as well.

“Thank you baby girl @thenewclassic,” he wrote along with a halo emoji.

Rumors that the two artists are romantically involved have been swirling since they were spotted having dinner together in Miami over the summer. According to Rap-Up, the buzz intensified when fans noted that Tory Lanez responded to an Instagram post questioning Iggy Azalea’s cooking skills by affirming that he had tasted the dish in question.

The following day, Iggy addressed the rumors following a post from blogger Tasha K, who insinuated that the Aussie rapper was neglecting her son with Playboi Carti to spend time with the Canadian crooner.

“I’m not having a family meal with anyone so that’s why I don’t get why it’s even a comment to begin with, like why/how is my son even a topic for her? Weird af,” she tweeted. “Clearly, I know Tory. We met in 2018 because we both write music in studios.

“Who I spend time with in private whether it be professionally, romantically or platonically isn’t something I need to give the internet updates on. My private life is not your business. Stop asking.”

Neither artist has addressed the rumors directly otherwise. Lanez, however, has been dropping hints on social media, often commenting on Iggy’s photos with the same purple heart and umbrella emojis he used in his recent Reels caption.

Earlier this month he was spotted on stage wearing merch from Iggy’s current tour run alongside Pitbull. Lanez added more fuel to the fire by including a track on Sorry 4 What called, “Y.D.S.//Iggy DelDia,” even though the bulk of the song finds Lanez addressing a woman who pretends to be uninterested in what he brings to the table. the titular “Y.D.S.” stands for “you don’t see.”

Despite new music and a potential new romance, Tory Lanez has remained a topic of discussion due to less savory situations, including the ongoing legal fallout surrounding Megan Thee Stallion‘s 2020 shooting. Earlier this month, Judge David Herriford granted the Toronto native a delay in the case due to his attorney being involved in another high profile case.

The following week, the “Lavender Sunflower” rapper was investigated by the Los Angeles County district attorney’s office over his alleged involvement in the September 17 assault of August Alsina. The reported scuffle, which Lanez promptly denied, led to him being removed from comedian Rip Michael’s tour.