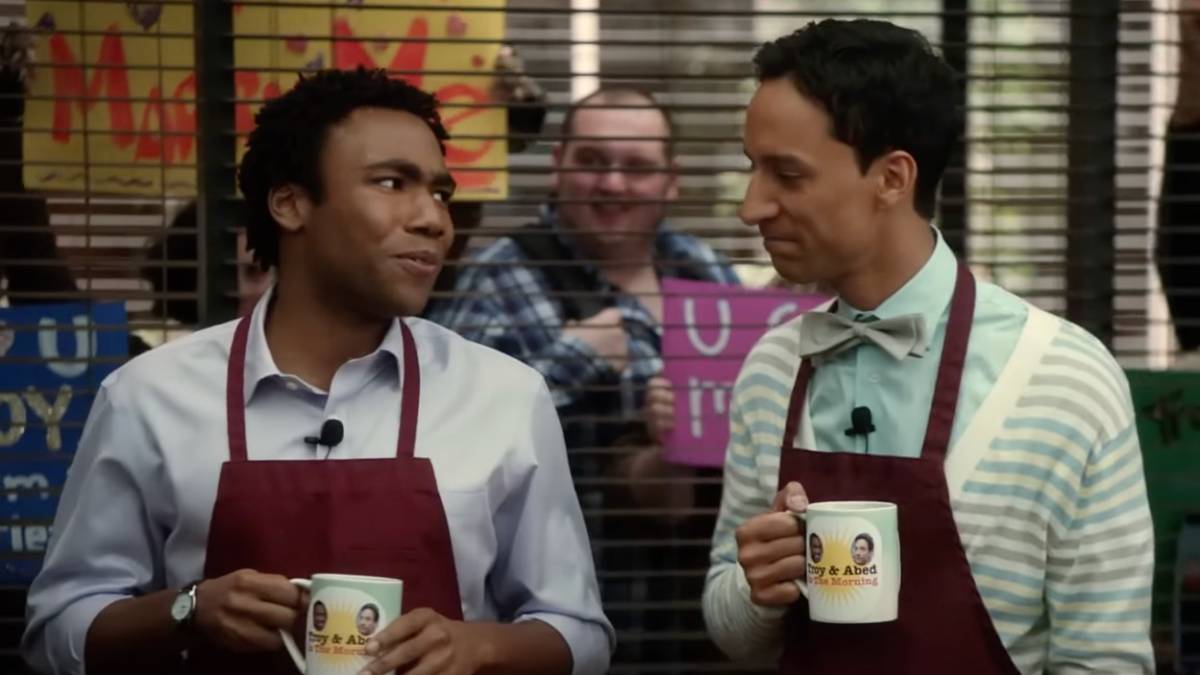 Childish Gambino: ‘Community’ Movie Announced Without The Rapper — For Now

Childish Gambino‘s first major platform as an actor, the cult classic sitcom Community, has been picked up as a movie. But as of now, he may not be involved in the new project.

Since it was first uttered in season 2 of the show, which originally aired on NBC, the line “six seasons and a movie” became a running joke often incorporated into the series’ dialogue; and something fans hoped would become a reality.

On Friday (September 30), Peacock and Sony Pictures TV confirmed that a Community movie had officially gotten the greenlight, without announcing when it will arrive on NBC’s sister streaming platform.

According to Variety, the announcement confirmed the show’s creator Dan Harmon as executive producer; as well as the return of the majority of the cast, led by Joel McHale as Jeff Winger. However, notably absent from the cast are Chevy Chase, whose character was killed off in season 5; and Donald Glover and Yvette Nicole Brown, neither of whom returned for the show’s sixth and final season.

Reporting on the announcement, Deadline speculated that Brown and Glover may not return for the film. However, Childish Gambino returned to the role of Troy Barnes as recently as 2020, when the cast of Community came together for a virtual table read as part of a COVID-19 relief initiative benefiting Frontline Foods and José Andrés’ World Central Kitchen.

At the time, he and his former cast mates all said that they would be open to the idea of doing a movie. The Atlanta creator also spoke fondly of Community during the virtual gathering.

“Watching it now, I’m like, ‘Oh, this show’s really punk,’” he said. “Really subversive and like kind of punk. We had so much fun and now I’m like, ‘I want to watch this show again, like it was brand new.’”

Since leaving Community in 2014, Childish Gambino has become equally well known for his work on screen as he has for his music. In addition to his Emmy Award winning work on Atlanta, he voiced Simba in the live action remake of The Lion King; offered a new take on Lando Carlissian, the Star Wars character made famous by Billy Dee Williams; and played a supporting role in blockbusters including Magic Mike XXL and Spiderman: Homecoming.

In addition to the final season of Atlanta, this year has found Donald Glover working on a new TV adaptation of Mr. & Mrs. Smith, for which he will once again wear the hats of actor, executive producer and writer. The series has been in the works since 2021 and is still expected to be released this year, however an exact premiere date has yet to be announced.

Earlier this week, singer Chloe Bailey also told Distractify that she is working on a secret episodic project with Glover, that will also feature appearances by Damson Idris, Dominique Fishback.

“I don’t want to give it away. But it’s definitely shocking,” she said. “I’ve always been so inspired by [Donald Glover]. So being able to do that project together and him directing the episode, it was really cool. And being able to pick his brain as a musician, because there’s music within it. So it was pretty cool to do that.”

As for his own music, earlier this year, Glover indicated that he had been in the studio, without saying when fans might get a follow-up to the last Childish Gambino project, 2020’s 3.15.20.

“I’m making a lot of music. I really love doing it,” he said on Jimmy Kimmel Live! “I’ve made a bunch of it. It’s just really about how to experience it at this point.”