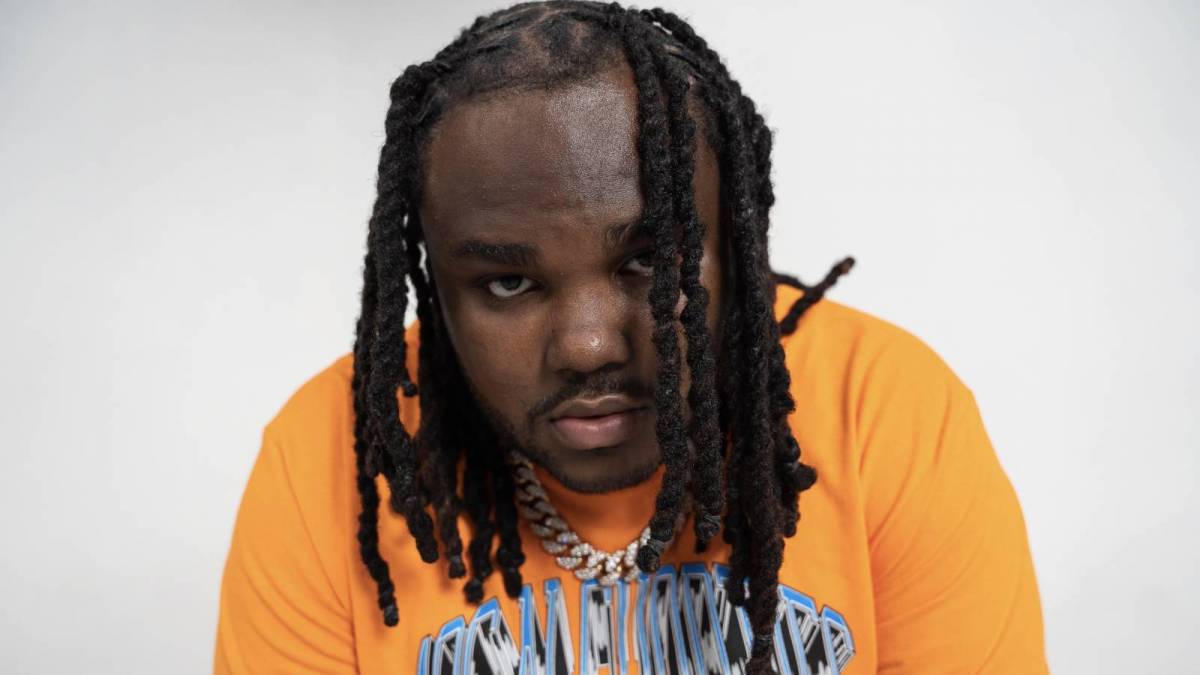 Tee Grizzley’s upcoming album, Chapters of the Trenches, is his most ambitious offering yet. The Detroit native has been working on becoming the best version of himself lately, and the project reflects that journey.

Set to drop on October 14, Chapters of the Trenches is a collection of 13 songs that each tell a different story, yet are all connected by a central theme. These stories are centered around what happens in the hood: gun violence, hustling, love, family and more. Grizzley takes listeners deep into the trenches to tell the stories that so many people from the hood can relate to, but don’t necessarily speak about.

For Tee Grizzley to drop a project like this, he had to grow within himself. Instead of focusing on material wealth and success that the rap industry loves to amplify, Grizzley realized he needed to infuse life lessons into his music.

“That was such a special time in my life,” the Detroit native tells HipHopDX while reflecting on his 2016 breakout single “First Day Out.” “I was fresh out of prison to the point where I didn’t even care about the fame and stuff, I was just happy to be free.

Tee Grizzley says he’s more excited than usual for his fans to hear what he’s cooked up with Chapters of the Trenches. How he created the album was different from any approach he took with his previous work, and that alone has him ready for fans to immerse themselves in his true-to-life stories.

“It’s been a minute since I’ve really been excited about one of my own projects because it’s been the same for a while, like just go in there and make music, shoot some videos, put it together, call it an album,” he says. “But now, with this one, I’m doing something different. I’m giving people a lot with this one.”

In the four-and-a-half months since the release of his last project, Half Tee Half Beast, the 28-year-old has been through various experiences that have helped him grow. Grizzley has been blessed with so much in the last two years — the birth of his first child, getting married and running a lucrative video game side-hustle — that there was nothing else for him to do besides give back.

Being a parent and a husband comes with a lot of responsibility, in addition to other “real-life shit,” and because of that, Tee Grizzley was able to elevate his artistry from simply enhancing his pen game to rapping from a perspective different than his own. 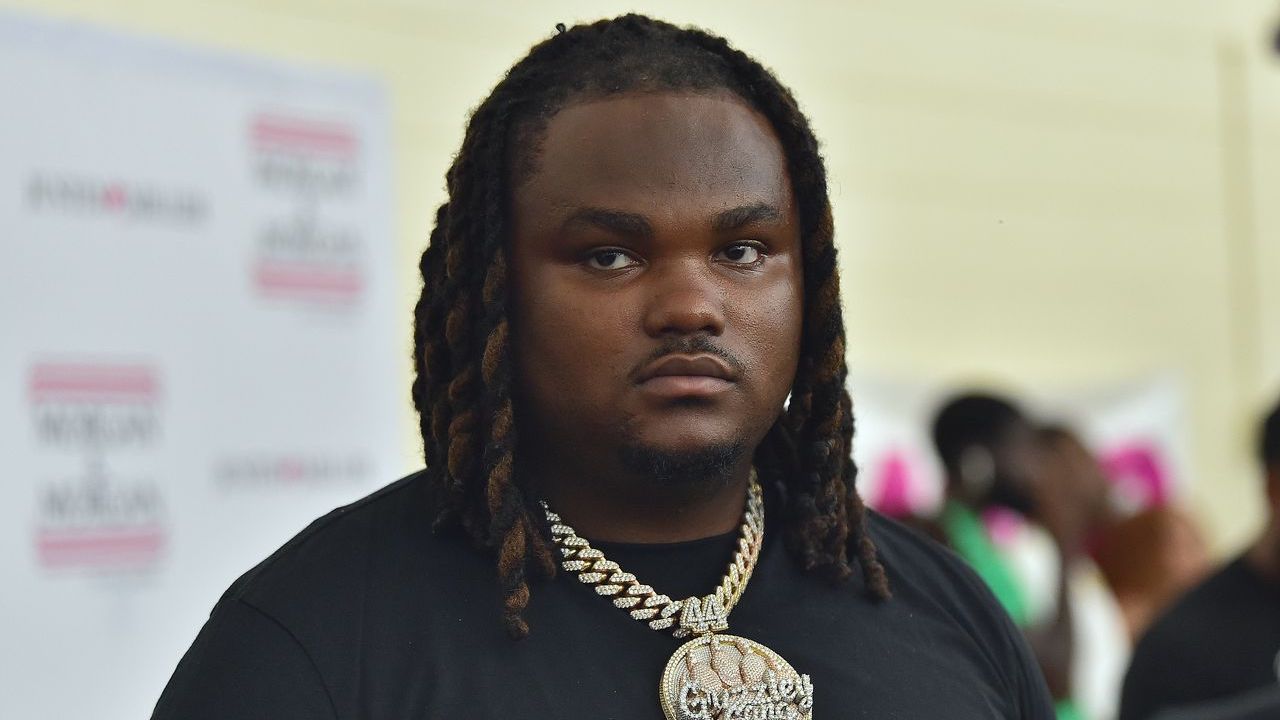 Chapters of the Trenches wouldn’t have happened if Tee Grizzley didn’t drop “Robbery Part 3” earlier this year. The song was part of his beloved “Robbery” series, which started in 2020. The storytelling enamored fans throughout the first two installments, and he decided to push his creativity even further.

“The inspiration for this project was the fan engagement on ‘Robbery Part 3’,” Grizzley says. “When I saw how much people was fucking with it, I’m like, ‘You know what? They really like the stories, and I know I can give them different stories.'”

He adds: “The type of shit that goes on in the trenches, it ain’t just robberies, so that’s how I came up with Chapters of the Trenches. It’s just all the scenarios that you could think of that happens like that. There’s a couple of songs in there that it could happen anywhere, but a lot of those stories happen in the trenches every day.”

The project isn’t only an outlet for Grizzley to teach his fans about what goes on in the hood, but it’s also a space for him to support those same people. As he puts it, these songs are relatable and offer comfort to anyone who feels alone in the struggle.

“It feels good because now you know that you’re offering some type of comfort with this music,” Grizzley says. “A lot of people that go through stuff, they feel like they’re the only person in the world that’s going through that when really, a lot of us go through a lot of shit at the same time. So I just want them to feel good and know that somebody understands them and their situation.”

Fans may want to pay close attention to two of Tee Grizzley’s favorite records on the project: the three-part series “Jay & Twan” and “Shakespeare’s Classic.” The former is a wild story about two friends looking for a come-up, while the latter is a modern retelling of the Shakespeare classic Romeo and Juliet, which also happens to be one of the rapper’s favorite stories growing up.

Everything on the album was well thought out, from its name down to the individual songs. According to Grizzley, the title was a deliberate choice and might just mark the beginning of another series in his discography. After all, there are so many different stories to tell.

“I came up with that title because I wanted it to live for a long time, and I wanted to always be able to grow off that,” Grizzley adds. “I could make Chapters of the Trenches part one, two, three, four, five because there’s so much different little stuff that happens. So I felt like that title gave me the opportunity to come back again with that same title, just different stories.”

Tee Grizzley has already released three songs and their accompanying music videos from the project. “Robbery 4” and “Jay & Twan 1” have been out for a few weeks, while the controversial “Ms. Evans” was unleashed on Tuesday (September 27). Grizzley plans on releasing a new video from the album every Tuesday, just like a new episode of a TV series would air each week.

The reason is to give fans the feeling that they’re experiencing an actual movie or TV program. To keep fans engaged, Grizzley says you can’t reveal everything at once, and you have to leave room for people to want more from your product. With Chapters if the Trenches and its innovative rollout, the rapper is able to see his dreams come to life.

“What I really wanted to accomplish is have that feeling when a new movie or a new series comes out and you see people that you know ask you, ‘Hey, you saw that shit?'” Grizzley says. “Everybody is watching it at the same time, everybody is talking about it. That’s the effect I want to have. Like the new Game of Thrones just came out or something. You feel me?”