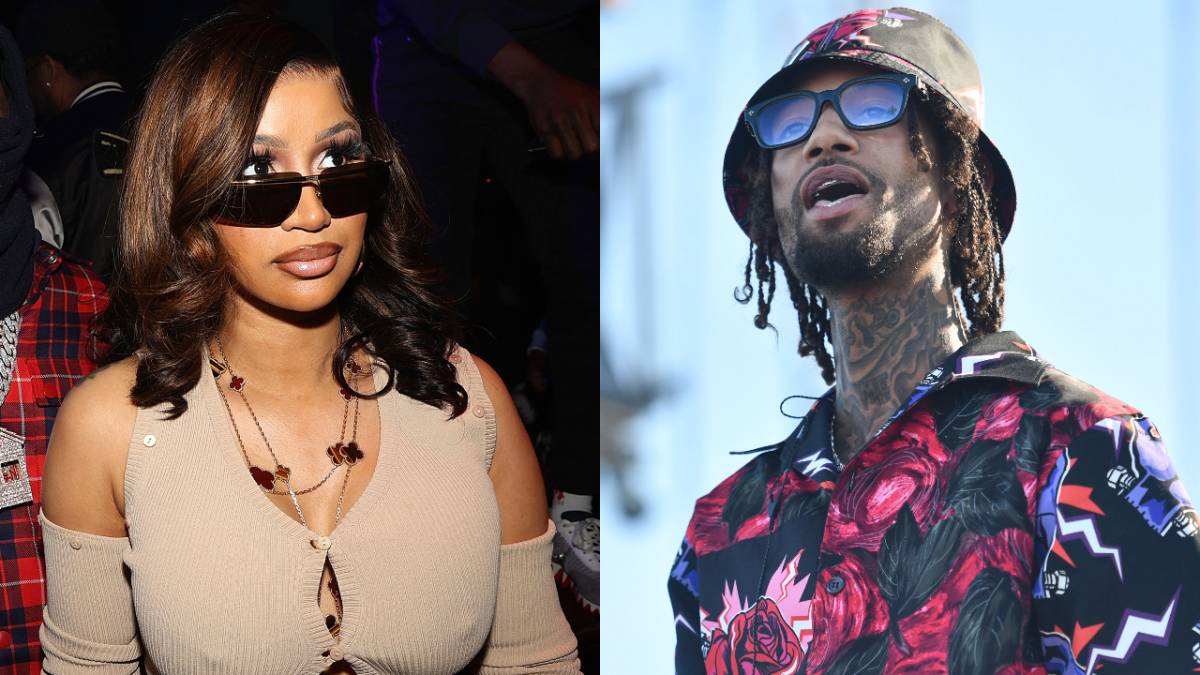 Cardi B has once again come to the defense of PnB Rock‘s girlfriend following the rapper’s death earlier this month.

On Wednesday (September 28), investigators caught a break in the murder case involving Rock when they apprehended a 17-year-old suspect they believe fired the shots that killed the Philadelphia rapper while he was dining at Roscoe’s Chicken & Waffles in South Los Angeles on September 12.

According to TMZ, the teen son of Freddie Lee Trone, the man police believe drove the getaway car, was taken into custody presumably on charges of first-degree murder.

They are still searching for Lee Trone himself, but the father-son duo was reported to be in the parking lot before PnB Rock and his girlfriend, Steph Sibounheuang, pulled into the diner. This would negate earlier theories that a social media post uploaded to Instagram by Sibounheuang had alerted the assailants to Rock’s location.

Cardi B, who had previously stated on Twitter she thought it was a stretch to think the shooters were following Rock’s partner on social media, took to Twitter to proclaim a well-earned ‘I told you so.’

“Told y’all……Yall must not know how the hood moves,” Cardi wrote. “Y’all owe that girl a apology for the shit y’all put her through knowing that she saw her baby dad die in her face….Social media investigators YALL SUCK!!!!”

Told y’all……Yall must not know how the hood moves …. Y’all owe that girl a apology for the shit y’all put her through knowing that she saw her baby dad die in her face….Social media investigators YALL SUCK!!!! https://t.co/zcaaznt12h

When tributes for PnB Rock first poured in from across the Hip Hop landscape moments after his death, Nicki Minaj noted that it had been poor judgment from Rock’s girlfriend to share their location online ahead of the shooting.

“After Pop Smoke there’s no way we as rappers or our loved ones are still posting locations to our whereabouts. To show waffles & some fried chicken????!” she wrote on her Instagram. “He was such a pleasure to work with. Condolences to his mom & family. This makes me feel so sick. Jesus. #SIP #PnbRock.”

Cardi B wrote at the time: “I highly doubt nikkas was looking at PMB’s babymom IG. He was in a bad location and people stay outside plotting. It’s very irresponsible and inconsiderate to blame her for something so tragic. We should be sending nothing but love to her and his family at this time.”

In the week since Rock’s death, fans have flocked to streaming platforms to pay their respects to the fallen rapper. In turn, PnB Rock experienced a 650% increase in streams this past week. According to Billboard, Rock (real name Rakim Hasheem Allen) registered 30.5 million U.S. official on-demand streams, marking an increase of 651.9 percent from 4.1 million the week before.

His most-streamed song was his 2017 breakout hit “Selfish,” which hit 7.7 million plays, and shot the track up to No. 17 on Billboard’s Hot R&B/Hip-Hop Songs chart and No. 13 on the Hot Rap Songs chart.

Pnb Rock was officially laid to rest during a Muslim funeral service in Philadelphia on Wednesday (September 21), just over a week after his death.

Reportedly held at the Khadijah Alderman Funeral Home, the service sheet read: “In Loving Memory of Rakim Allen, December 9, 1991 – September 12, 2022” on the front, and included a copy of the Muslim Janazah funeral prayer.