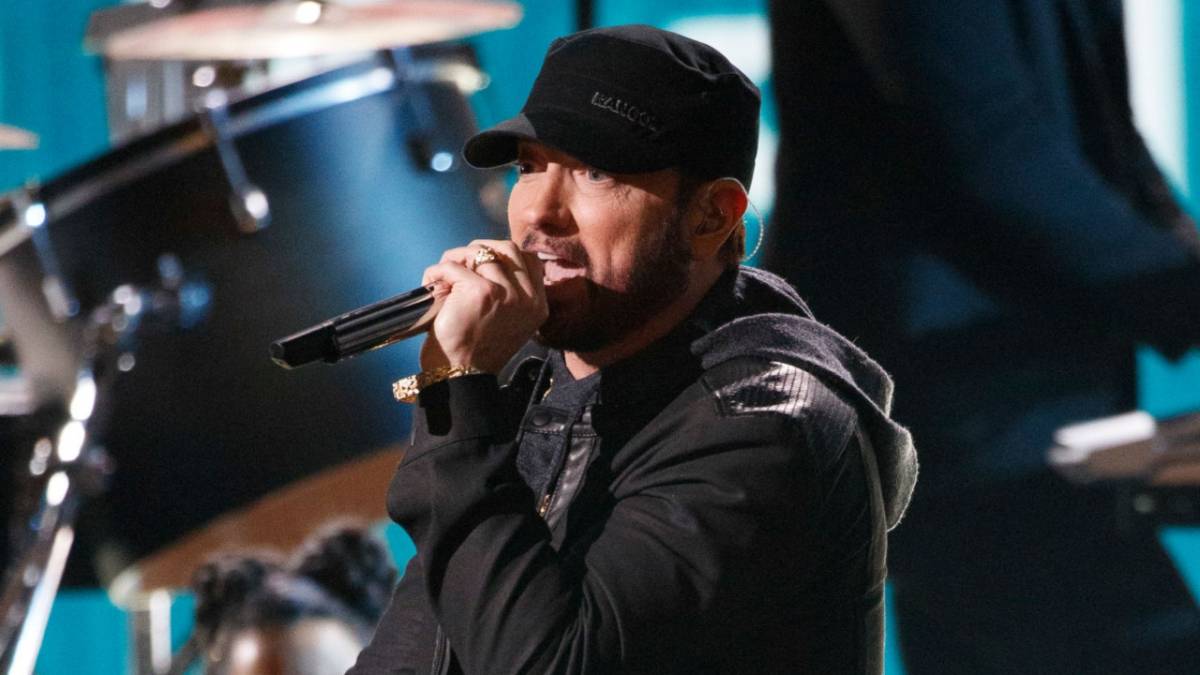 Eminem has said he thinks his 2004 album Encore would have gone on to be as respected as The Eminem Show had the project not leaked beforehand.

In a new op-ed for XXL, Slim Shady recalled how the leaks that came out ahead of his fifth LP forced him to quickly remake parts of the album from scratch.

“Encore took a whole fuckin’ different trajectory because Encore was during my addiction,” he said. “I was realizing I’m getting addicted to these fuckin’ pills. I was just coming off The Eminem Show and the 8 Mile soundtrack and I started recording and had about seven or eight songs that were very much in the vein of what I do.”

He added: “But we ended up putting them out as a fuckin’ bonus disc because the songs leaked. If those hadn’t leaked, Encore would’ve been a much different album.”

Eminem continued on by noting that the tracks “We as Americans,” “Bully,” “Evil Deeds,” and “Love You More” were among the songs that had unfortunately leaked prior to the album’s release, adding that the “caliber” of the project would have been up there with his critically lauded The Eminem Show had the songs not seeped online.

“The problem was, in the recording process as I was getting more addicted to drugs, I was in more of a goofy mood,” Em said.” So now, I go make “Ass Like That,” “Big Weenie,” “Rain Man,” all those silly songs, which I’m writing in fuckin’ seconds at that point in time. I was just writing high and feeling good about what I’m doing because I got fuckin’ 20 Vicodin in me and this is fun to do, and I’m having fun, so fuck it.”

He continued: “[Encore] comes out and it was definitely a wake-up call, a slap in the face, a sobering moment, because I was on a roll and then somehow, I got off this roll. I didn’t know where to fuckin’ pick things back up and I was angry at a lot of things, including the songs leaking because it changed the entire landscape of that album. I still had “Like Toy Soldiers” and a few that I did feel good about, but I knew in my heart of hearts, this is not the same quality as The Eminem Show.”

As Eminem ramped up his drug use, he told the magazine that his addiction peaked when his D12 bandmate and close childhood friend Proof was shot and killed on April 11, 2006.

“When I wrap it up in a nutshell, I realize that all the heaviest drug usage and addiction spanned only about five years of my life,” Eminem explained. “It’s crazy for me to think back. It felt like a long time when it was happening, but looking back at it now, it wasn’t that long of a time for my problem to explode as it did. Then the thing happened with Proof and my addiction went through the fuckin’ roof.”

He said when he heard Proof had died he entered a deep two-day period of mourning.

“I remember just after Proof died, I was in my house by myself, and I was just laying in bed and I couldn’t move and I just kept staring at the ceiling fan. And I just kept taking more pills. I literally couldn’t walk for two days when that happened and eventually my drug use fuckin’ skyrocketed.

“I had fuckin’ 10 drug dealers at one time that I’m getting my shit from. Seventy-five to 80 Valiums a night, which is a lot. I don’t know how the fuck I’m still here. I was numbing myself. I remember a few months after Proof had passed, I was about to use the bathroom, and all I remember was I just fell over. The next thing I remember was waking up with fucking tubes in me and shit, and I couldn’t talk. I couldn’t do anything. I didn’t understand where I was and what the fuck happened.” 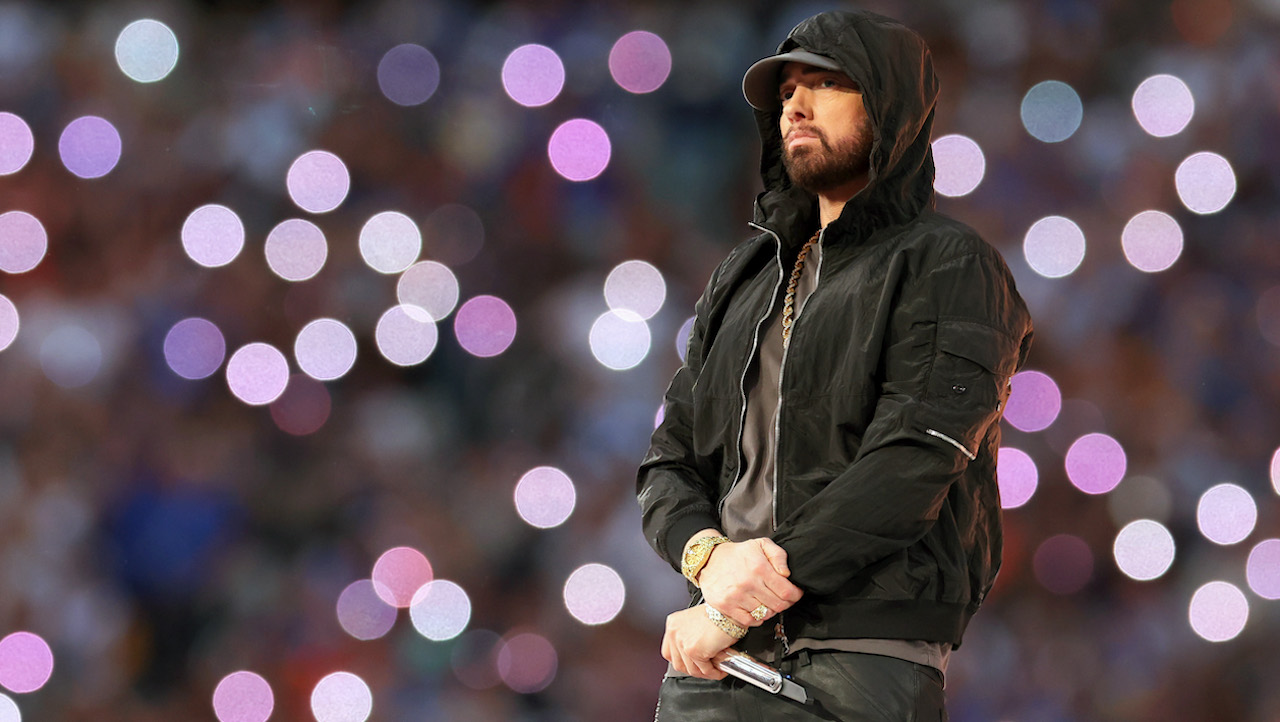 Eminem had overdosed, and when he was taken to the hospital, doctors informed him he’d consumed the equivalent of four bags of heroin and was “about two hours from dying.”

The Detroit legend has sat down for multiple candid interviews since the release of his latest greatest releases compilation Curtain Call 2, which boasted signature tracks from Em’s Relapse days in 2009 all the way up to 2020’s Music To Be Murdered By.

In an interview with longtime manager Paul Rosenberg on his new podcast Paul Pod: Curtain Call 2, the pair opened up even further about Em’s overdose.

“It took a long time for my brain to start working again,” Em admitted, to which Rosenberg replied: “I mean, you literally were coming off of an overdose and they had to sort of stabilizing you with a few medications. And some of them took you a minute to adjust to – let’s just leave it at that.”