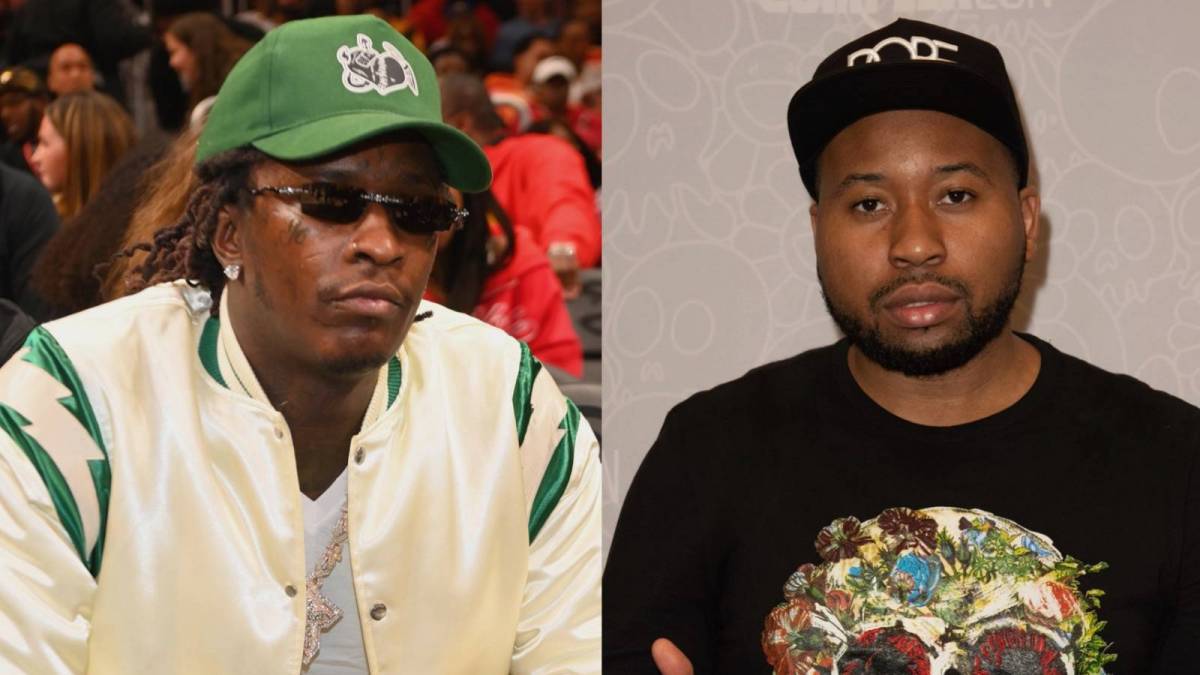 DJ Akademiks has never been one to leave drama alone, and in one of his latest livestreams he throws some shade in the direction of Young Thug‘s YSL record label.

Thugger and YSL’s RICO case has seen its share of twists and turns over the last several months, with the most recent involving a leaked document that has revealed the name of a state informant cooperating with the prosecution.

After news of the informant broke, Akademiks made sure to get his two cents in on the situation. “YSL new name? YS-Tell,” Akademiks began his rant while requesting someone send him the leaked document. “Everybody tellin’, OK?! Everybody tellin’. All that slime and slat shit, they basically going to prosecutors and singing agreements, n-gga.”

After telling fans that he didn’t post any of the documents on his page for fear of violence occurring, Ak read off the paperwork stating that a YSL member had agreed to cooperate with authorities and inform them how Young Thug allegedly orchestrated the murder of a rival.

Akademiks then compared the informant’s cooperation to 6ix9ine, who famously agreed with prosecutors to testify against his co-defendants in his 2020 RICO trial in exchange for a lighter sentence.

“It’s so interesting, that the rap community shunned 6ix9ine and acted like what 6ix9ine did was an anomaly,” Ak said. “Yo, how could a n-gga act like a street n-gga and when got in problems, he was tellin’? Everybody didn’t like it.

“There’s something interesting about the street codes. You expect these dudes to uphold to a code, but they couldn’t uphold to the law. So they’re like, fuck the laws, but I’ll uphold to street codes. Why did they do that? I don’t know. When it come to n-gga shit and gangs? There’s no consequences for snitchin’ in Hip Hop culture!”

According to the Atlanta-Journal Constituton, one witness was placed in protective custody following the leak of documents online showing their willingness to testify.

On Thursday (August 18), Fulton County prosecutor Don Geary asked for information regarding the case to be further restricted ahead of next year’s trial for Young Thug and several YSL associates.

“We found a lot of information concerning one of our witnesses on basically a (celebrity news) outlet,” Geary told Superior Court Judge Ural Glanville.

The news comes as Young Thug was denied bond for the third time on Thursday (August 18). On the same day Geary requested for information to be restricted, Judge Glanville ruled against the “Go Crazy” rapper, despite his lawyer’s wishes.

“He says in the songs he’s the general. He runs a very violent street gang that has committed numerous murders… if he’s let out I would expect that to continue. This is the real deal, these are violent people, dangerous people,” Geary said about Young Thug’s lyrics, which may potentially be used against him in trial.

Thugger and his team have repeatedly denied any wrongdoing and maintain their innocence.