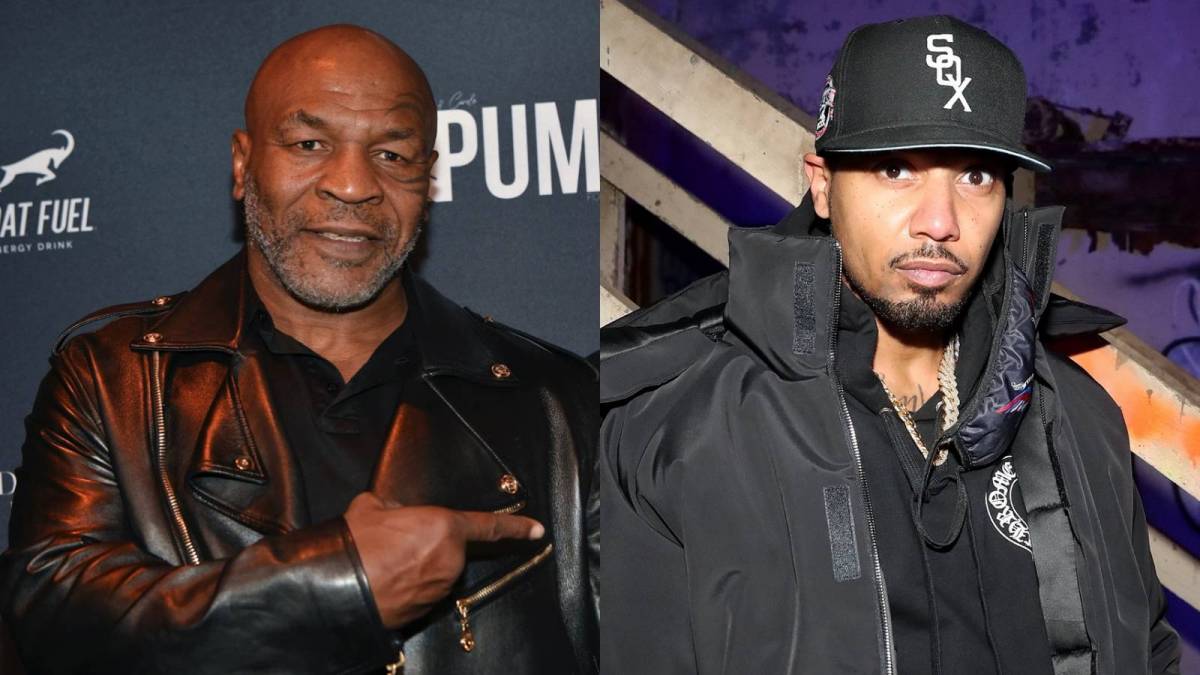 Mike Tyson has cleared up confusion surrounding a 2003 incident in which he appeared to grip up Juelz Santana backstage at the Source Awards.

Santana stopped by the boxer’s Hotboxin’ with Mike Tyson podcast and halfway through their friendly conversation decided it was time to get some clarity on what exactly went down all those years ago.

Tyson can be seen in a clip from the Source Awards aggressively grabbing Santana’s arm while the two of them pose for a picture with Cam’ron and the rest of Dipset.

“I need to pull this up because I got Mike here … I need to justify this,” Santana began. “One day we was with Cam… I always get like, crucified on the internet when this clip is posted. Mike grabbed my arm or something and put my arm up, and it was like, ‘Damn, Mike pressed you.”

Tyson said his grab was misinterpreted but jokes that Santana “must have been 12 years old back then.”

The Choke No Joke clip was then pulled up, with Santana criticizing a headline that read he had been “manhandled.”

Tyson replied: “I was saying, ‘Tell all those n-ggas you the man.’”

Santana continued: “We got it clear, Mike was not pressing me, he was trying to get me to tell y’all n-ggas I’m the motherfuckin man!”

Elsewhere in the interview, Juelz Santana said he was close to doing a collab tape with Jeezy called Best of Both Hoods, but it never came together. However, once things dissolved with The Snowman, Santana was able to link with Lil Wayne, and the pair recorded a still unreleased mixtape together.

“Jeezy kinda, he took off and he got real big, I don’t wanna say he got like… I mean, basically, the mixtape didn’t happen. Me and Jeezy did about four records then he kinda got real big, whatever, we didn’t do the mixtape,” he said. 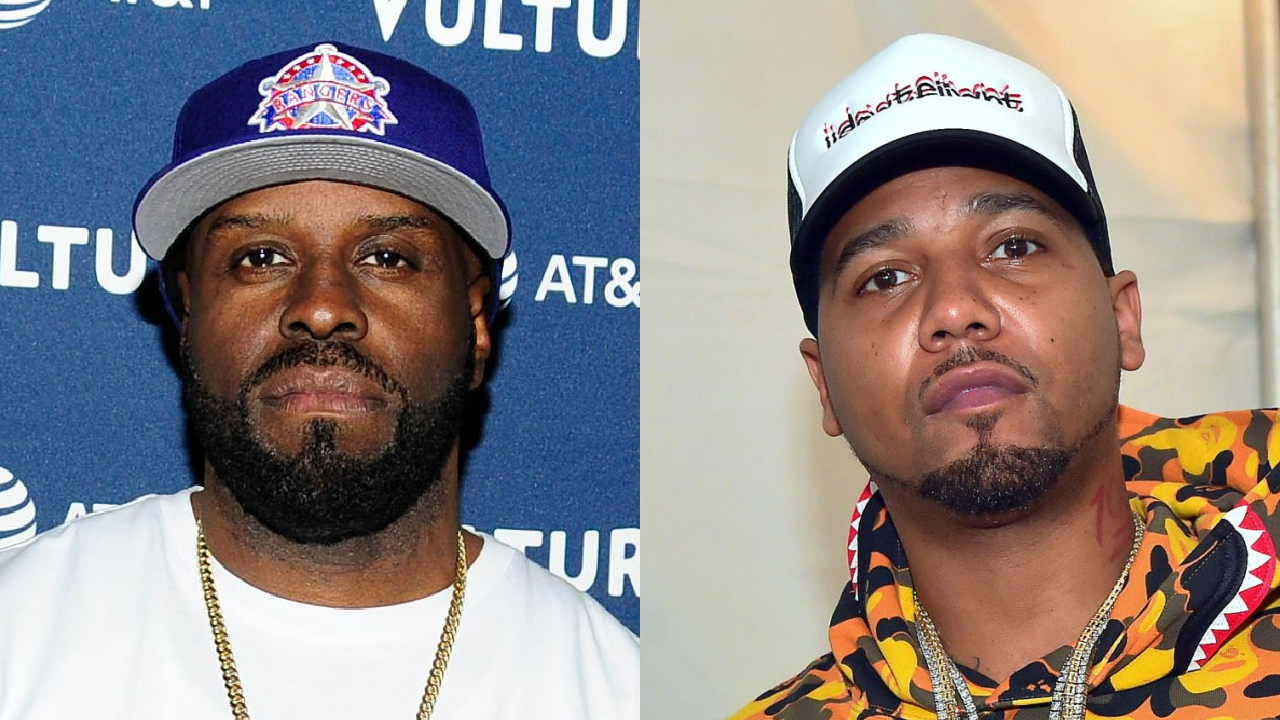 Funk Flex Calls Out Juelz Santana For Lack Of Music: 'I Give You 6 Days To Give Me A New Song'

He continued: “Wayne called me up and said, ‘Yo, what’s up with the tape you supposed to be doing with Jeezy?’ I said, ‘I don’t know, man. Jeezy’s moving, he’s doing a lot of things right now.

“We went on tour and me and Wayne just got super close, we did a bunch of records on tour. Wayne is a studio rat, so after the shows Wayne always had the studio booked. Me and him would go to the studio, record, we recorded so much music. We just became super close, and that’s been my brother ever since.”

Weezy and Santana have made numerous songs together, including 2013’s “Leanin Low” and 2020’s “Bloody Mary,” which appeared on Santana’s #FREESANTANA album that dropped five months before the Dipset rapper finished up his prison sentence on gun charges.

“When you at your darkest moments you see the most light and the most clarity,” Santana told Tyson of his time in prison. “When I was in that jail cell. For one, you’re never in life gonna get time like that.”

He continued: “Nobody should want to go to jail, but if you have any time you’re never gonna get time to where you sit for that amount of time…with yourself. To learn yourself, to understand yourself to understand why you are where you are. What’s your meaning in life, you’ll never get that except for going to jail.”