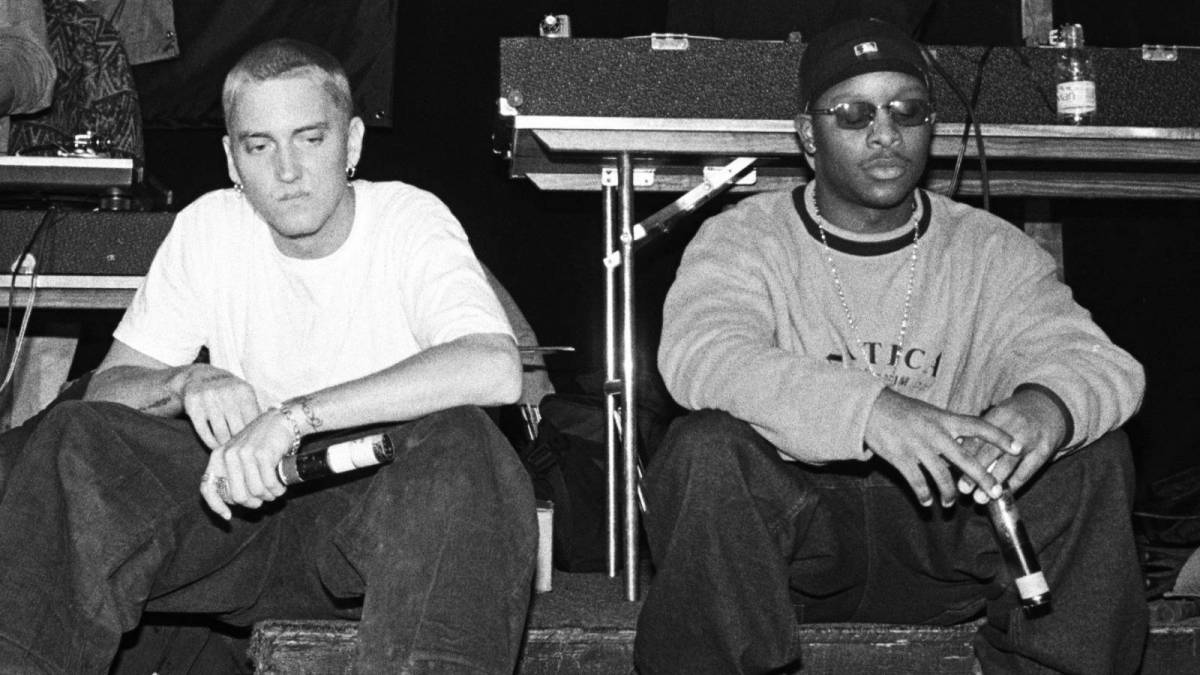 The revelation came during an interview between Paul and Royce as part of the former’s new Curtain Call 2 podcast series, which was launched to coincide with the release of Eminem’s new greatest hits album of the same name.

Royce, dialling into the podcast from his Detroit recording studio Heaven, talked about how the single with Eminem came to be and recalled how Interscope Records would only clear Em to be on one track of Royce’s — “Rock City” or “Renegade” (before it became a JAY-Z song).

“They weren’t trying to clear [Eminem] for anything back then,” Rosenberg told Royce. “Jimmy Iovine’s saying back then was: ‘You keep doing the magic trick, you’re going to shake all the magic out of the wand. Quit shaking the wand around every place else, we need it for ourselves. A wand only has so much magic.'”

Royce then recalled playing the reference track for “Rock City” to Em while they were in the Hamptons for a show.

Royce then told Paul: “I think me, you and him were at the Hamptons one time … we were sitting in the car and I just remember you going, ‘Come on and rock with me,'” to which Rosenberg snapped back: “I wrote it! I never got credit either.”

“You sure did, bro,” Royce responded, laughing. “I wasn’t even gonna bring it up.”

In the caption for the clip, Royce said he had never spoke about Paul’s involvement in “Rock City” publicly before — he doesn’t think.

Meanwhile, it looks like Eminem, Snoop Dogg and Dr. Dre might be looking to recreate their 2001 magic.

On Monday (August 15), Slim Shady tweeted a photo of the rap royalty trifecta posted up in front of a mixing board inside a studio. Em wrote in the caption: “just a few bros..hangin out.”

The tweet sparked excitement from many of his 22.7 million followers, with some calling for the nearly-mythical Detox album or Relapse 2. Others wanted Slim Shady to respond to The Game’s recent diss track, “The Black Slim Shady.” Despite their pleas, Eminem didn’t provide any further context on what exactly they’re working on.