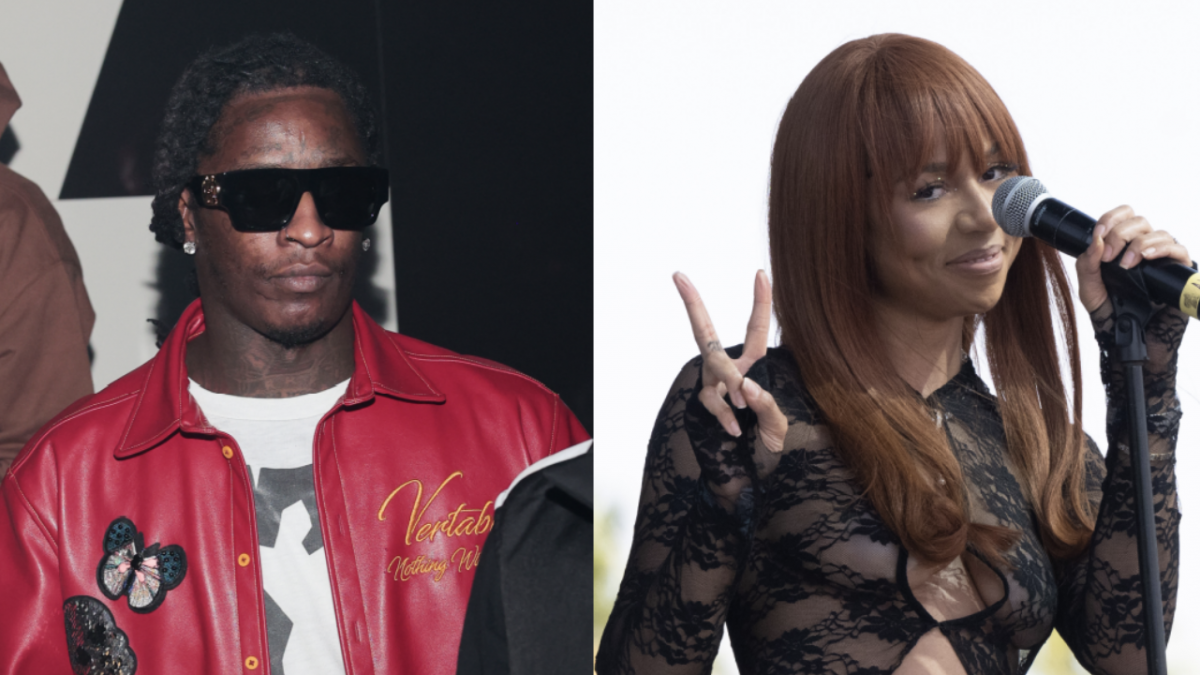 Detroit, MI – Young Thug might be locked up but he’s still found a way to deliver a grand romantic gesture to his rumored boo Mariah The Scientist.

After wrapping up the final stop of her Experimental Tour in Detroit Sunday night (July 31), Mariah was greeted with rose petals and heart-shaped balloons spread all throughout her hotel room, with some of them spelling out a new nickname: “Mrs. Sold Out Dates.”

“Couldn’t ask for better,” she captioned a pic, after which a follower questioned how Thugger could have had the gifts delivered given that he’s currently behind bars.

The “Aura” singer quickly responded with a message from Young Thug on her bed written out in rose pedals, teasing his release from prison. “See U Soon Love Jeffery,” the message read, using his government first name.

Young Thug remains in Cobb County Jail after being denied bail for the second time in June, where he’ll remain until his RICO trial begins in January. The same goes for Gunna who was arrested in May alongside Thugger and 26 other alleged YSL affiliates as part of a 56-count indictment in the RICO case.

Thug and Mariah The Scientist sparked dating rumors when they collaborated on “Walked In” back in January, which saw the duo star as husband and wife in a mock wedding for the track’s visual.

They were both also spotted hanging out across Atlanta throughout the second half of 2021 at various nightclubs and were seen attending an Atlanta Falcons game together last November.

While he remains incarcerated, those who have had the chance to speak or see Young Thug have said he’s in great spirits.

She also provided an update on Monday (August 1) teasing a positive development in his case. “Jus leftd from seeing my brother Jeff y’all he’s good  & we have some exciting news,” the rapper’s sister wrote on her Instagram Story.

“Yeah, I spoke to him,” Jerrika told The Progress Report Podcast in June. “He’s doing good, actually, and he’s in great spirits. I feel like this is just a moment for him to learn a lot of lessons.”